We awoke about 50 miles east of the coast of British Columbia and out of sight of land under an overcast sky and a gradually increasing swell causing the ship to begin to gradually roll back-and-forth.  While a new sensation for Debbie, it was quite gentile compared to some of the storms and 55o (on a Fleet Tug USS Seneca ATF-91) to 65o (aboard the USS Graham County LST-1176) rolls I’d experienced while at sea with the Navy.

After breakfast, we spent the morning in the Crow’s Nest, an observation area on the 11th deck 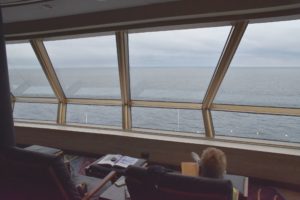 where there were monitors showing the progress of our northward trip 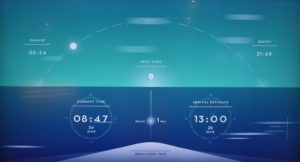 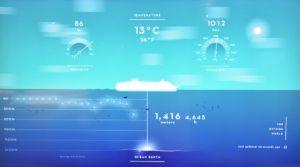 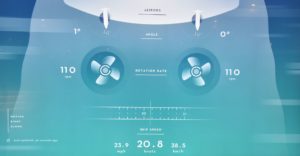 could look forward, even when the weather closed in for a brief period. 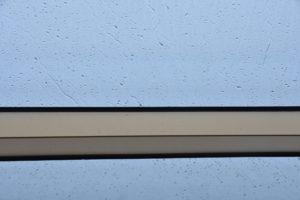 From that elevation, while not seeing any whales, we were able to spot spray from the blow holes a number of humpbacks.

A few views from walking around the ship and its outer decks. 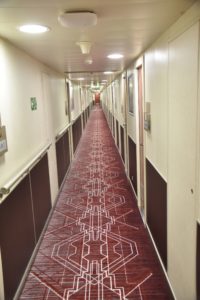 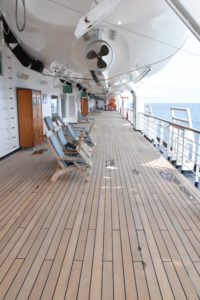 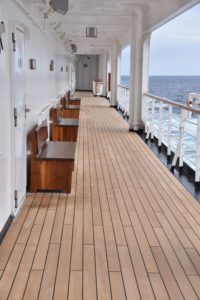 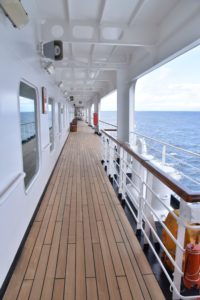 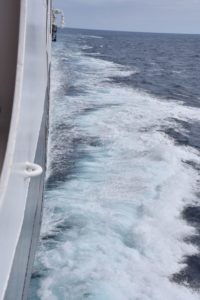 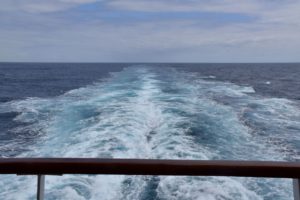 We took in a concert of Arron Copeland and other American music by a group that has performed at Lincoln Center in New York … while we could listed to them, our seats prevented us from seeing them during their performance. 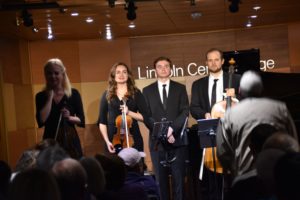 (shot from around a corner)

Tonight is one of the cruise’s “Gala Dinners”, meaning we need to shed our jeans for some more form al wear

Meanwhile, the seas were still running high enough to make navigating the ship’s passageways a challenge. 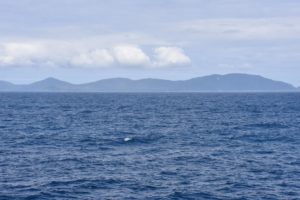 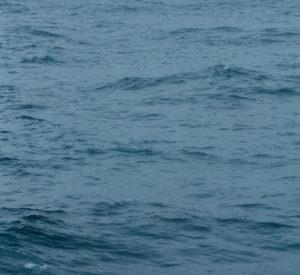 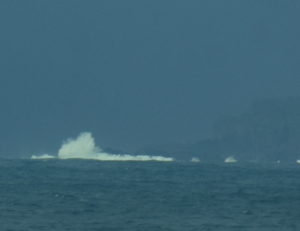 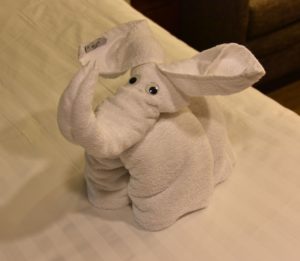 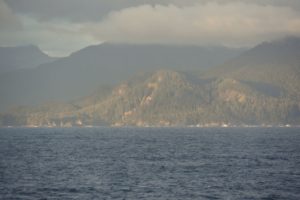 With Debbie still feeling a little under the “weather”, she settled for sole while I started with a shrimp cocktail, followed by tenderloin and [more] shrimp … and a chocolate truffle!

Looking out from the dining room window, we could see the evening sun begin to paint the  northwestern shore of British Columbia.

Then we caught the distant splash of a breaching humpback whale.

Back in our cabin, we found the schedule for Monday, two mints and fresh towels!

Finally, one last look out our cabin slider. 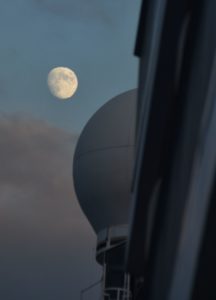 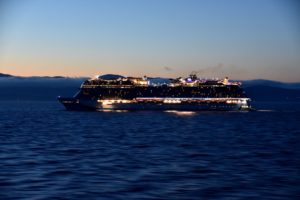 Another cruise ship after dusk