After leaving the KOA campground and topping off our gas tank, we jumped back on I-90 westbound and were immediately advised of 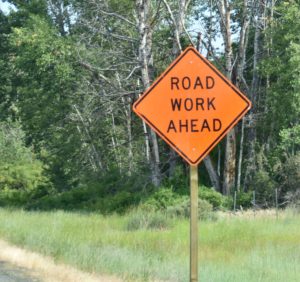 We were quickly back in farm country 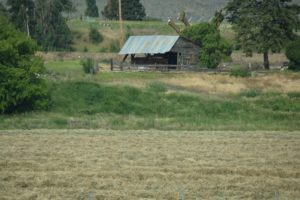 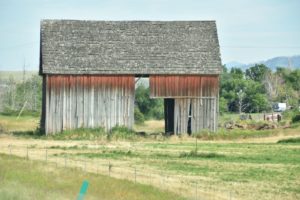 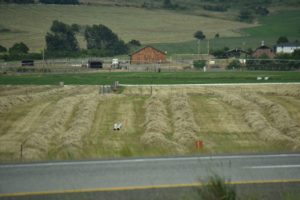 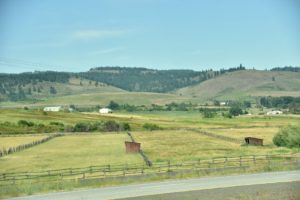 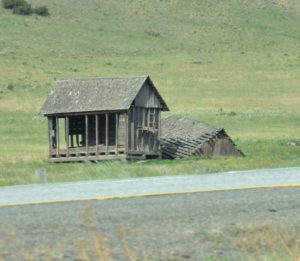 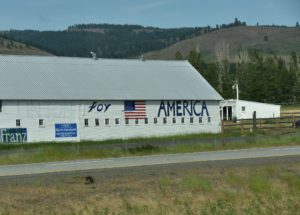 Along a nearby ridgeline were more wind turbines … with the Stuart Range, reputed to be the single greatest mass of exposed granite in the United States, in the distance 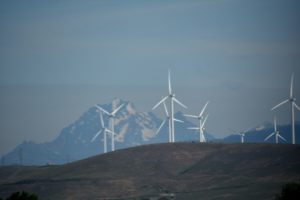 From roughly 25 miles away only the highest peaks are visible, including Mt. Stuart at 9,415 feet. are visible. 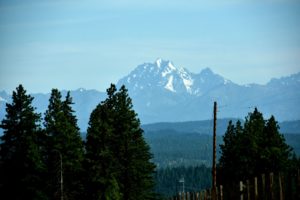 At the only rest stop along the way was a poignant painting. 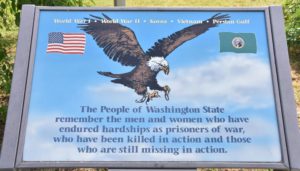 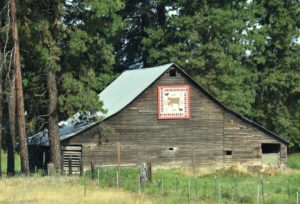 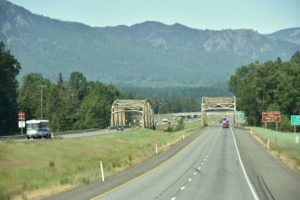 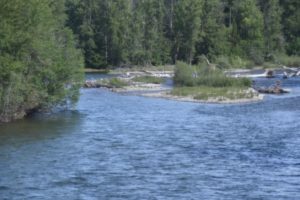 Unlike many of the muddy rivers we've crossed during the past week or so, the rivers in Washington are clear and blue 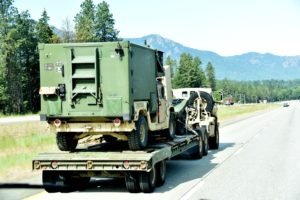 However, the clear skies were soon replaced by a thick overcast 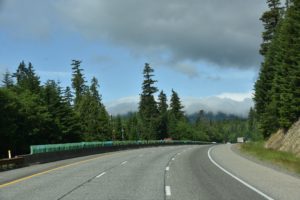 with low hanging clouds shrouding the nearby mountain peaks. 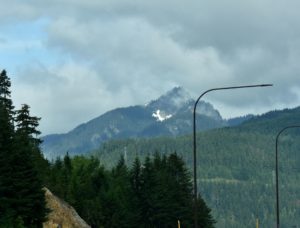 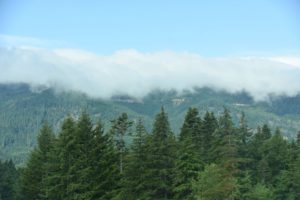 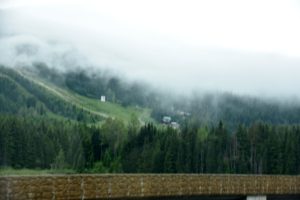 Once over the summit of the pass, the visibilty went further downhill for a couple of miles 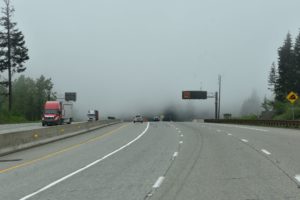 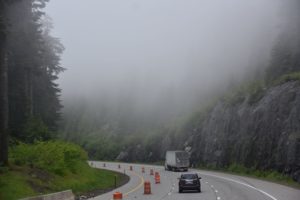 before we broke clear of the overcast on a long descent 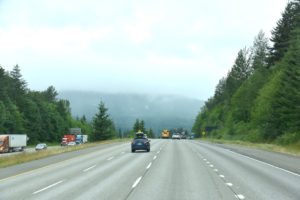 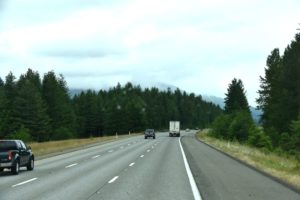 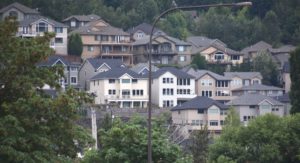 before turning north to Bothell wher ewe'll leave our coach for our upcoming cruise. 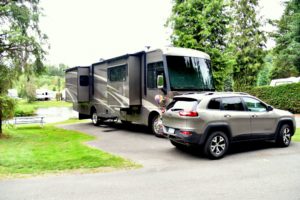 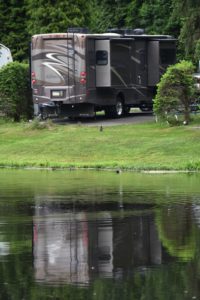