Sunday – Sandy and Jeff stopped by our campground after which we returned to Myakka to take the land tour, taking us into the “back country” and then walked out on an observation walkway into a marsh along Upper Myakka Lake. 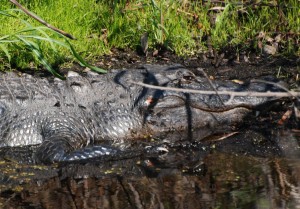 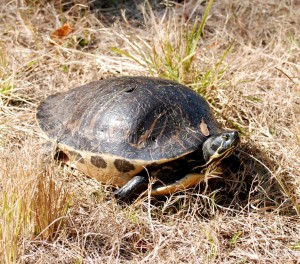 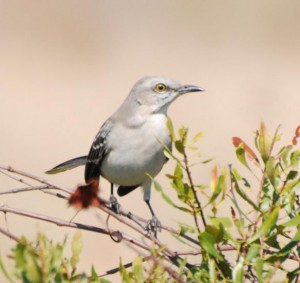 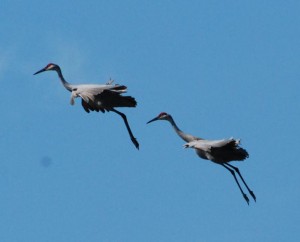 Sand Hill Cranes Coming in for a Landing 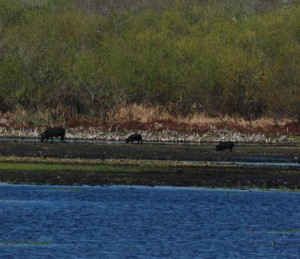 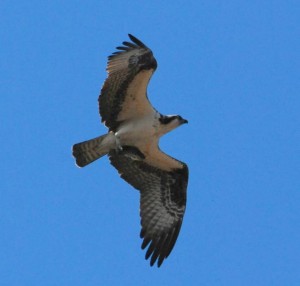 Osprey with Fish in its Talons 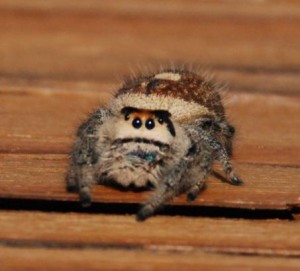 Back and Sandy’s and Jeff’s, she and Debbie took a golf cart ride where they spotted alligators, sand hill cranes, and ear tree in the fading sunlight 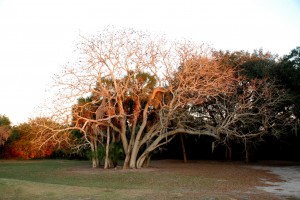 and a skittish armadillo. 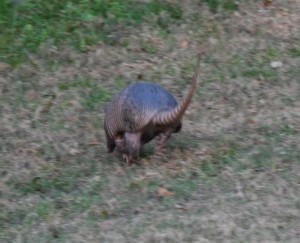 Saturday – We toured Spanish Point, an historic, 30 acre museum and environmental complex which includes an archeological exhibit of a prehistoric shell mound known as a midden (dating back some 5,000 years), a turn-of-the-century pioneer homestead, a citrus packing house, a chapel, boatyard, gardens and nature trails.  These lands were once owned by Bertha Palmer (of Chicago’s Palmer House fame) who also owned the present day lands of Myakka River State Park. 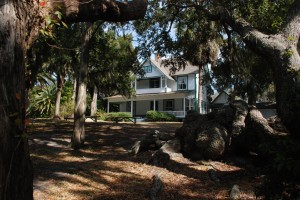 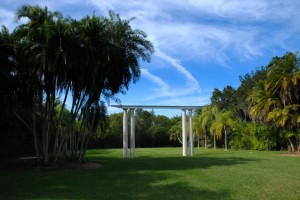 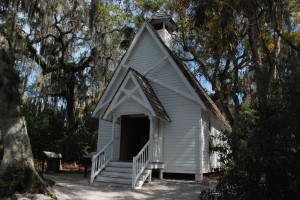 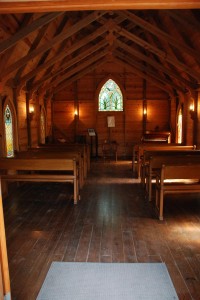 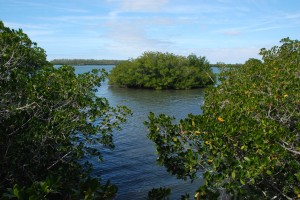 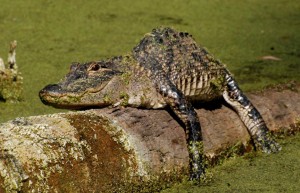 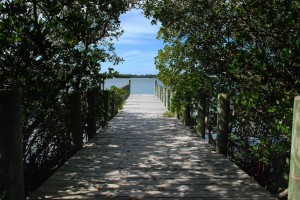 Friday – We spent most of the day with Dick and Kate at their home … including a lengthy dip in their hot tub spa.

Thursday – Spent the day with my cousin, Sandy, and her husband, Jeff.  We visited Myakka River State Park, a 37,000 acre preserve.  While the lack of rainfall has resulted in a drastic drop in the depth of the Upper Myakka Lake, we were still able to see lots of wildlife, although not as many animals as we’d seen on an earlier visit two years ago. 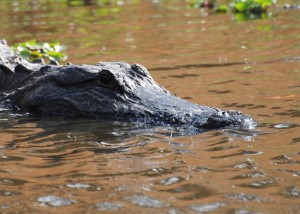 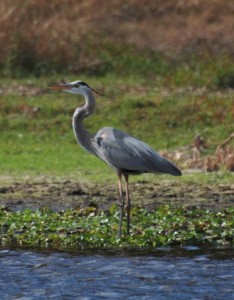 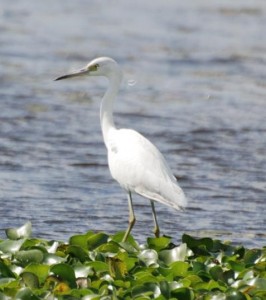 Juvenile Great Blue Heron (before it undergoes a color change) 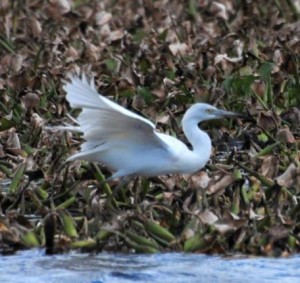 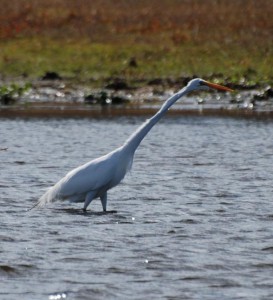 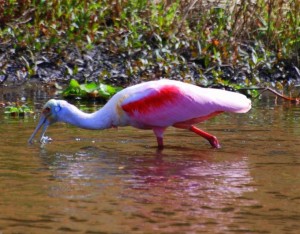 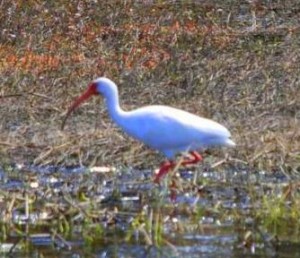 Back at Sandy’s and Jeff’s, I took a late afternoon ride around the golf course on which they live was treated to 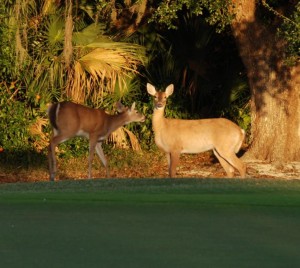 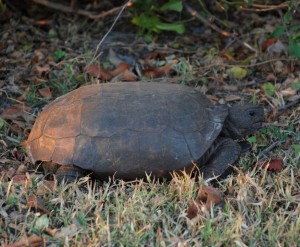 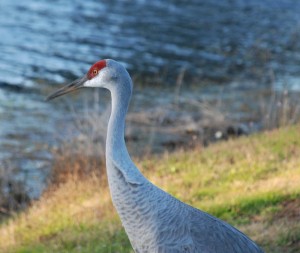 Wednesday – Easy drive from Beverly Hills.  Debbie’s brother, Dick and his wife, Kate, came by to see our new motor home.  Afterwards we went back to their house and then out to dinner at a great Italian restaurant.