We awoke to a light rain and, surprisingly, some isolated sun … and thus a light rainbow arced over our Cedar Falls, Iowa campground. 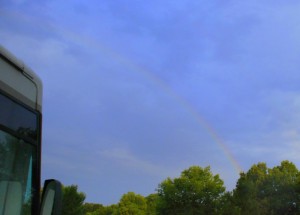 Once underway, we were wished a safe and speedy journey by some local residents. 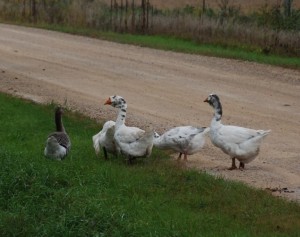 From there we drove along ribbons of blacktop between endless fields of corn and soybeans. 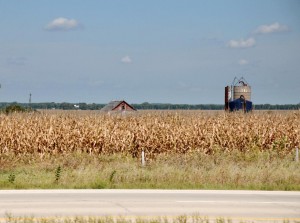 All of a sudden, we found ourselves in 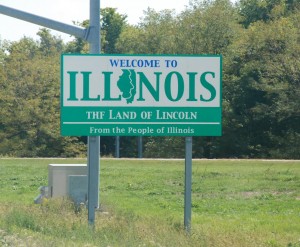 By lunchtime, we had reached the town in which we’d planned to stay this evening.  However, the roads were good and (at the moment) traffic light so we decided to push on.  Despite the continued landscape of fields and farms 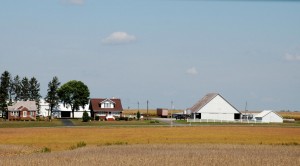 there we was a real beauty in the varying textures and colors of landscape of crops and fields, some still standing and others already cultivated. 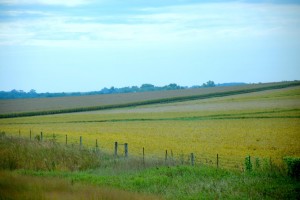 Just south of Chicago and only minutes before hitting a major early rush hour jam-up (two miles in 45 minutes …. nine lanes of traffic feeding into four lanes … great planning!), we drove past one of the largest quarries we’d ever seen, encompassing both sides of the Interstate. 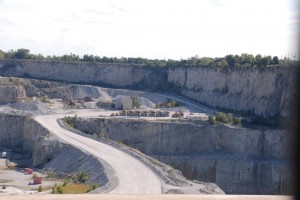 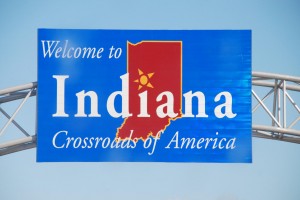 With a change from Central to Eastern time zones, we didn’t arrive at our South Bend (no, we’ve bypassed Norte Dame) until 6:30 PM after some 400+ miles, our longest RV mileage day ever.