Thursday (15th) –   It rained off and on all night, and was still doing so when we awoke to 32o temperatures this morning.  With both our onboard propane and electric heaters still on the blink, we were glad to have a portable space heater we could put to work.

As we were hitching our car up to the motor home, Debbie noticed that the rain had abruptly turned to a light sleet.   Then … 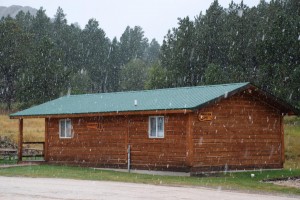 Shortly after getting on the road, we had a roadside spectator. 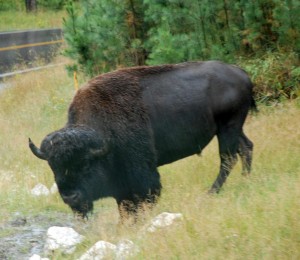 For the next hundred miles the landscape was unremarkable, particularly under the overcast and rainy skies.  We did passed more than fifty roadside billboard signs advertising 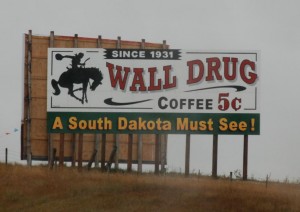 Wall Drug is billed as a “must stop” … and mega tourist trap for generations of travelers across South Dakota.  In fact, it is the primary reason anyone would stop in the town of Wall at all. 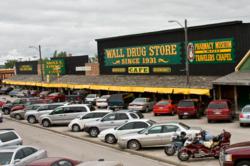 Our observations suggest we might have been the only tourists who spent nothing in Wall, other than three stamps for post cards we’d purchased a day earlier.

In December 1931, Ted and Dorothy purchased the only drugstore in a town called Wall, rural community of 326 people … all poor farmers wiped out by the depression, on the edge of the South Dakota Badlands.   Soon after they opened, they realized how bad business was and that it would likely only get worse.

With failure a real possibility, Dorothy correctly concluded that after driving across that hot prairie, more than anything else, travelers were thirsty. They want water … Ice cold water! She and her husband quickly printed and posted signs along the highways telling people that there was free ice water at Wall Drug.

Eighty years later, Wall Drug Store (which sells about every kind of souvenir, western wear, hats, t-shirts, gold, jewelry, knives, pottery, native American crafts, and ice cream imaginable, as well as coffee for five cents … but free for veterans) is the highest volume drug store in the nation with annual sales in excess of $52 million.

They also have also funded “decorations” along the highway. 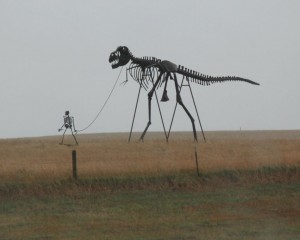 Between Wall and Kennebec, the landscape varied between rolling barren plains, 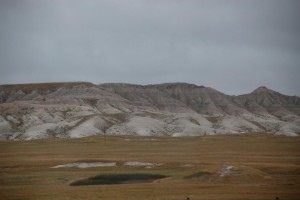 cattle ranches and farms of alfalfa, wheat, corn, some crops we could not identify and, surprisingly, immense acreage of sunflowers. 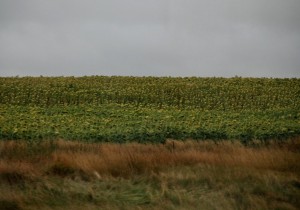 Friday (16th) –  While warmer than the past two mornings, today got off to a chilly start.  There was also a stiff breeze out of the south which hit us broadside as we traveled east across the prairies of eastern South Dakota and southern 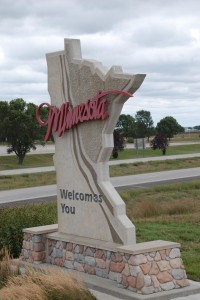 before turning south into 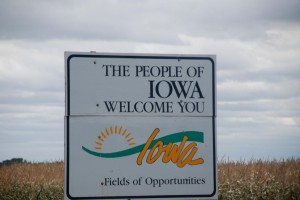 And, everywhere there was corn, corn and more corn … as far as the eye could see al all directions! 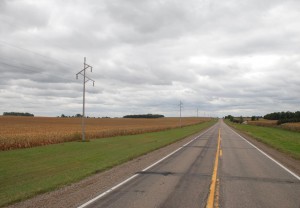 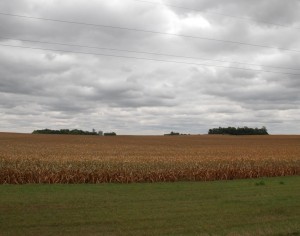 This landscape was only broken by the occasional farm buildings, a few trees, scores of roadside billboards … including, for those old enough to remember, a set of “Burma Shave” signs … and occasional sculptures amid the fields of, what else, corn. 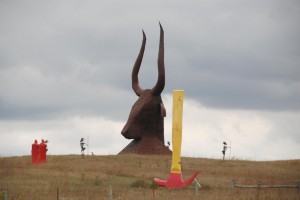 Saturday (17th) –  Overcast, breezy and cool again today.  Our daily excitement consisted or a walk though out campground followed by necessary trips to Wal-Mart and Ace Hardware.

Oh, yes, I also began some initial planning for a potential Florida trip after the first of the year and then our caravan reunion in Branson followed by a trip to the annual Balloon Festival in Albuquerque in the fall.

Sunday (18th) –  This morning, we headed for Forest City, the home of Winnebago Industries, where we are scheduled to take a factory tour tomorrow morning.  It was another dreary overcast day 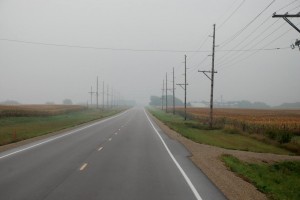 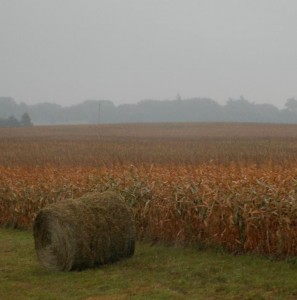 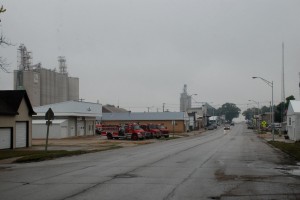 and past a huge ethanol plant. 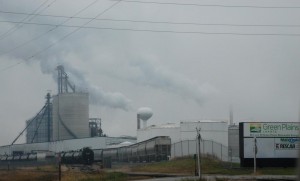 Forest City, is an oasis in the endless corn fields, with many trees and several small streams and rivers.  We camped in a small municipal campground, directly across the street from a small waterfall. 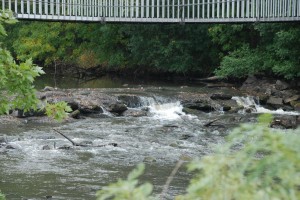