Leaving the Georgia Capitol, we had short two-mile drive to the 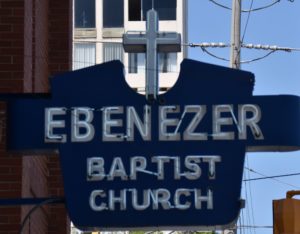 during which Debbie somehow managed to spot one building mural after another … most of which I missed. 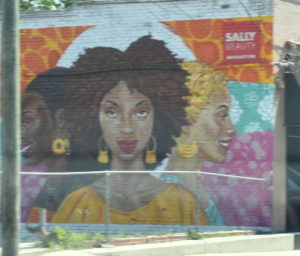 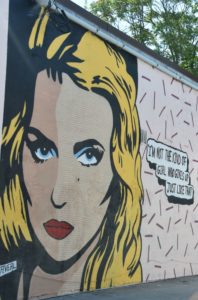 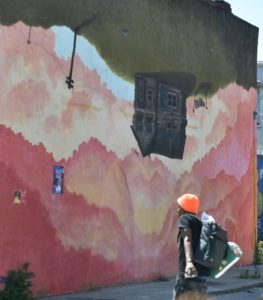 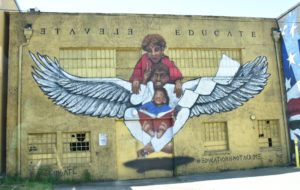 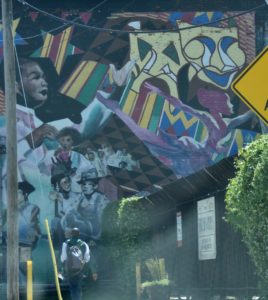 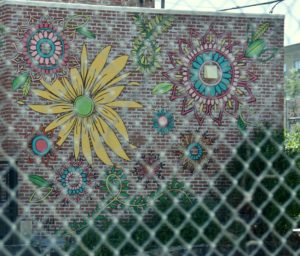 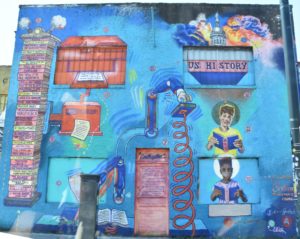 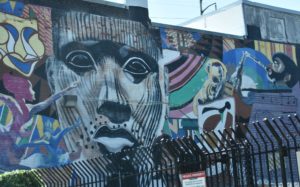 The church is located across the street from the Martin Luther King, Jr. National Historic Park 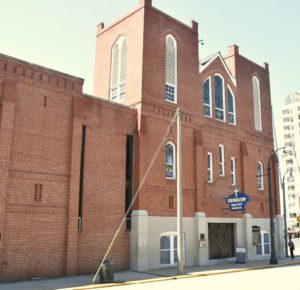 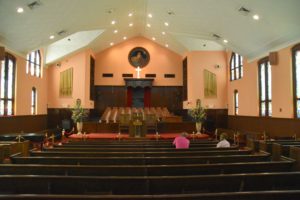 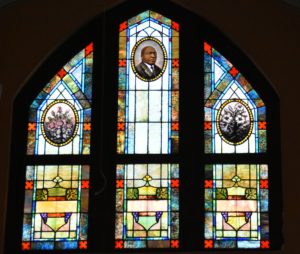 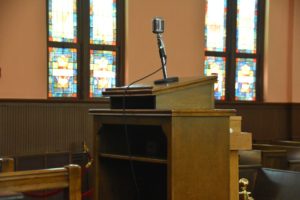 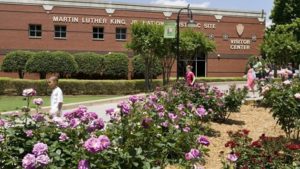 Outside ithe Museum is the Martin Luther King, Jr. World Peace Garden with an incredible display of roses of all colors. 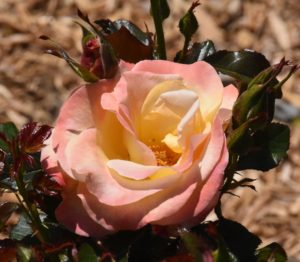 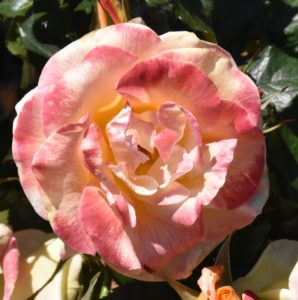 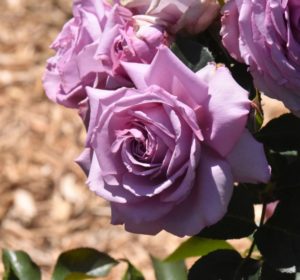 The "Behold" Sculpture commemorates the heroic principles that guided the life and work of Dr. Martin Luther King, Jr. 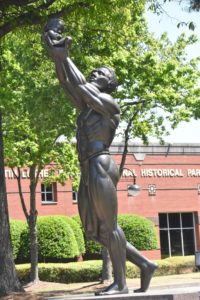 tells the story of a young boy grows up in a time of segregation…A dreamer is moved by destiny into leadership of the modern civil rights movement…This was Martin Luther King, Jr.  WIthin the hostory of King' life is told in audio, video, memorial plaques, photographs and reprints of newspaper clippings. 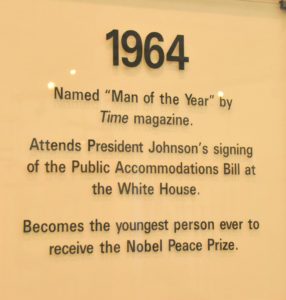 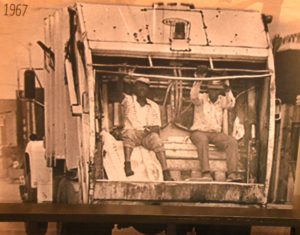 What took King to Memphis in April 1968?

Black garbage collectors in Memphis rode in the backs of their garbage trucks (above).  On February 1, 1968, Echol Cole and Robert Walker were crushed to death by a malfunctioning city garbage truck.  Their deaths sparked a strike by black sanitation workers who King came to support. 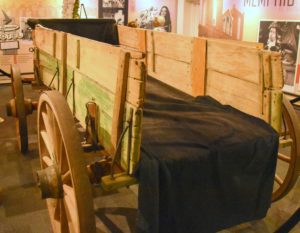 His final and private funeral was followed by the loading of King's casket onto a simple wooden farm wagon pulled by two mules, "Bella" and "Ada". The procession down the three-and-a-half miles from Ebenezer Baptist Church to Morehouse College was observed by over 200,000 people; 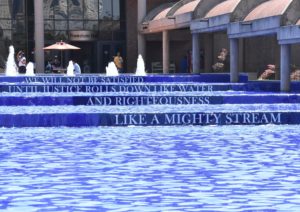 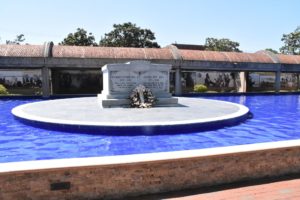 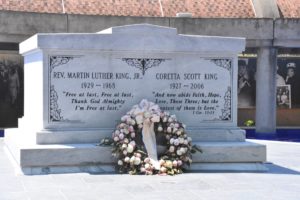 Less than a block-and-a-half away is the boyhood home to Dr. King. 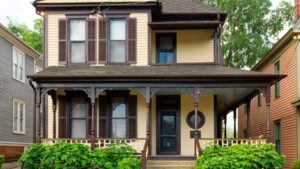