Sometime yesterday evening I began to fell lousy accompanied by a headache and sneezing.  After a night of virtually NO sleep, we decided to press on to Stone Mountain Goergia.  Although I pulled over every 80 miles or so for a brief nap, I really have no recollection of the trip other than passing long stretches of mostly unsightly billboards. 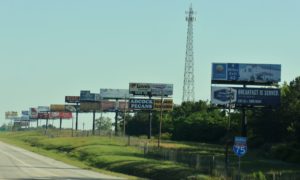 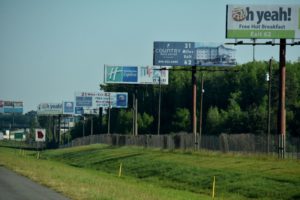 Debbie, on the other hand, found solace in capturing every water tower we passed. 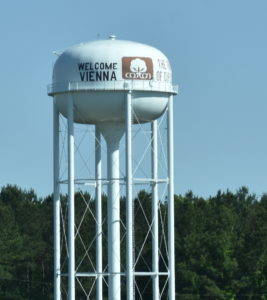 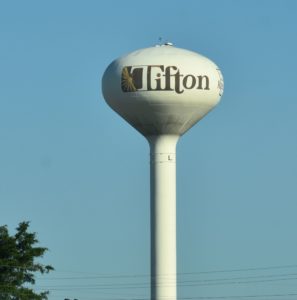 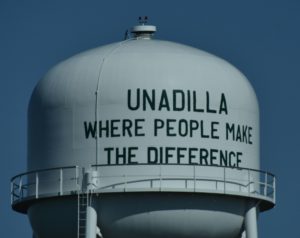 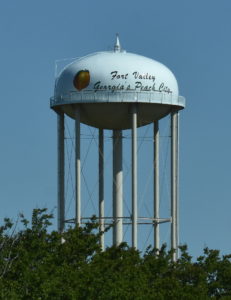 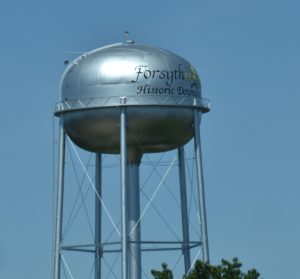 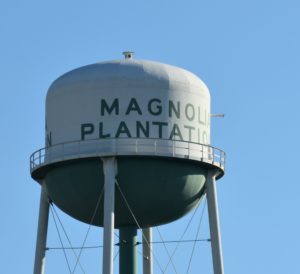 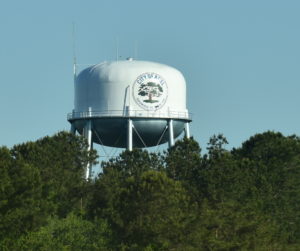 She also spotted a giant peanut 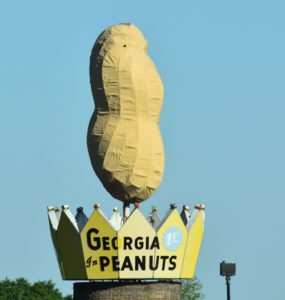 and some unusual scaffolding 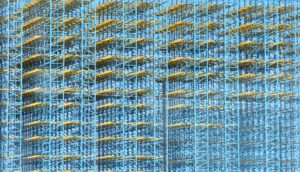 Meantime, we apparently kept track of a greater the usual presence of 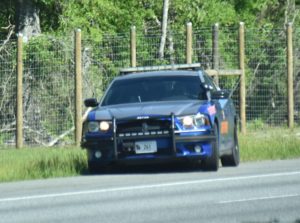 many with unhappy mororists they'd pulled over, 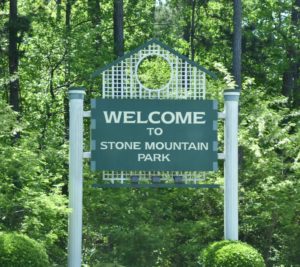 we caught our first glimpse of this largest grainite dome in the world. 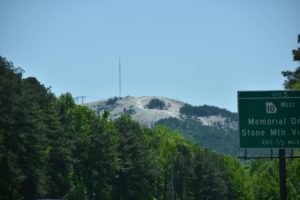 Technically, Stone Mountain is a quartz monzonite dome monadnock with an elevation is 1,686 feet and 825 feet rises above the surrounding area.  It is more than 5 miles in circumference at its base.  Stone Mountain is a pluto, a type of igneous intrusion. The dome of Stone Mountain was formed during the formation of the Blue Ridge Mountains around 300–350 million years ago (during the Carboniferous period), part of the Appalachain Mountains.  It formed as a result of the upwelling of magma from within the Earth's crust. This magma solidified to form granite within the crust five to ten miles below the surface.

Stone Mountain is well known for not only its geology, but also the enormous rock relief on its north face, the largest bas-relief in the world.  The carving depicts three Confederate figures, Jefferson Davis, Robert E. Lee and General Sonewall Jackson.

Once parked and our utilities hooked up, 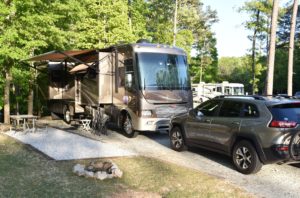 I proceded to nap until sometime around 6:00 PM and later tuned in well before 10:00 … my cold worse and temperature above 101o!

I am hoping that I'll feel better tomorrow when we're planning on visiting the State Capitol and Carter Presidential Museum.