Today I had the opportunity to skipper a one-meter radio-controlled model sailboat.  These are one-class boats … meaning that their length, height, keel length and weight, maximum sail area and many other measurements are the same for all boats.

They are radio-controlled … with the hand-held controller operating two servos in the boat to control the rudder and sails. 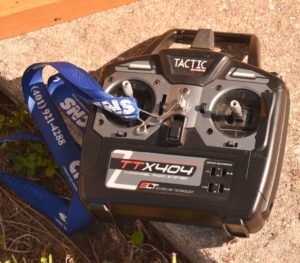 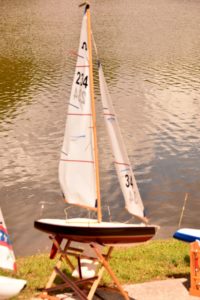 The field included eight boats … with me being the only novice skipper. 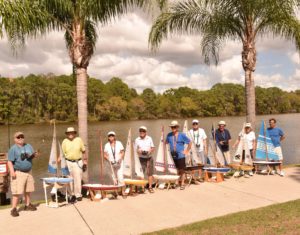 While I was consistently very successful in being one of the first boats across the starting line when the horn went off, 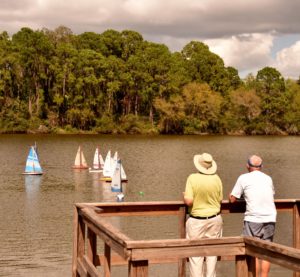 I most often found myself falling behind by the time we rounded the first marker. 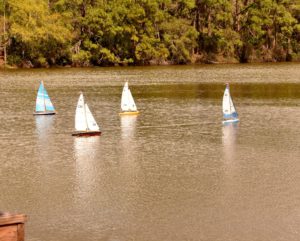 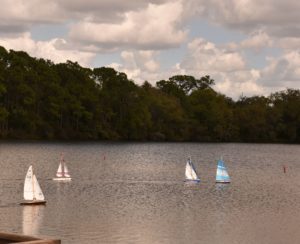 While I'd like to blame the BOAT, the problem was the SKIPPER who all too often pushed the 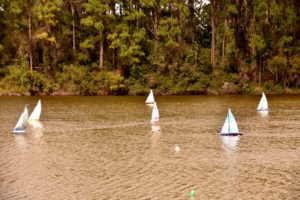 rudder contorller joy stick to the right when he wanted to trun left, and visa versa, and also had no sense that a gentle touch on the joy stick was far more effective than the gorilla-touch I was employing.  As a result, I found myself often going in cicrles or sailing far off the course causing me to loose time I would never be able to make up. 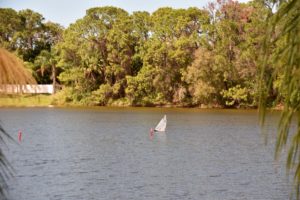 The net result were four last place finishes, long after all of the other boats were across the finish line! 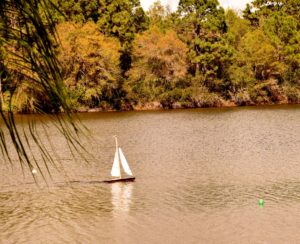 Then the owner of the boat I was using took the controls and began to muse about whether the rigging was properly set.  At the same time, another gentleman offered to let me try his [yellow] boat. 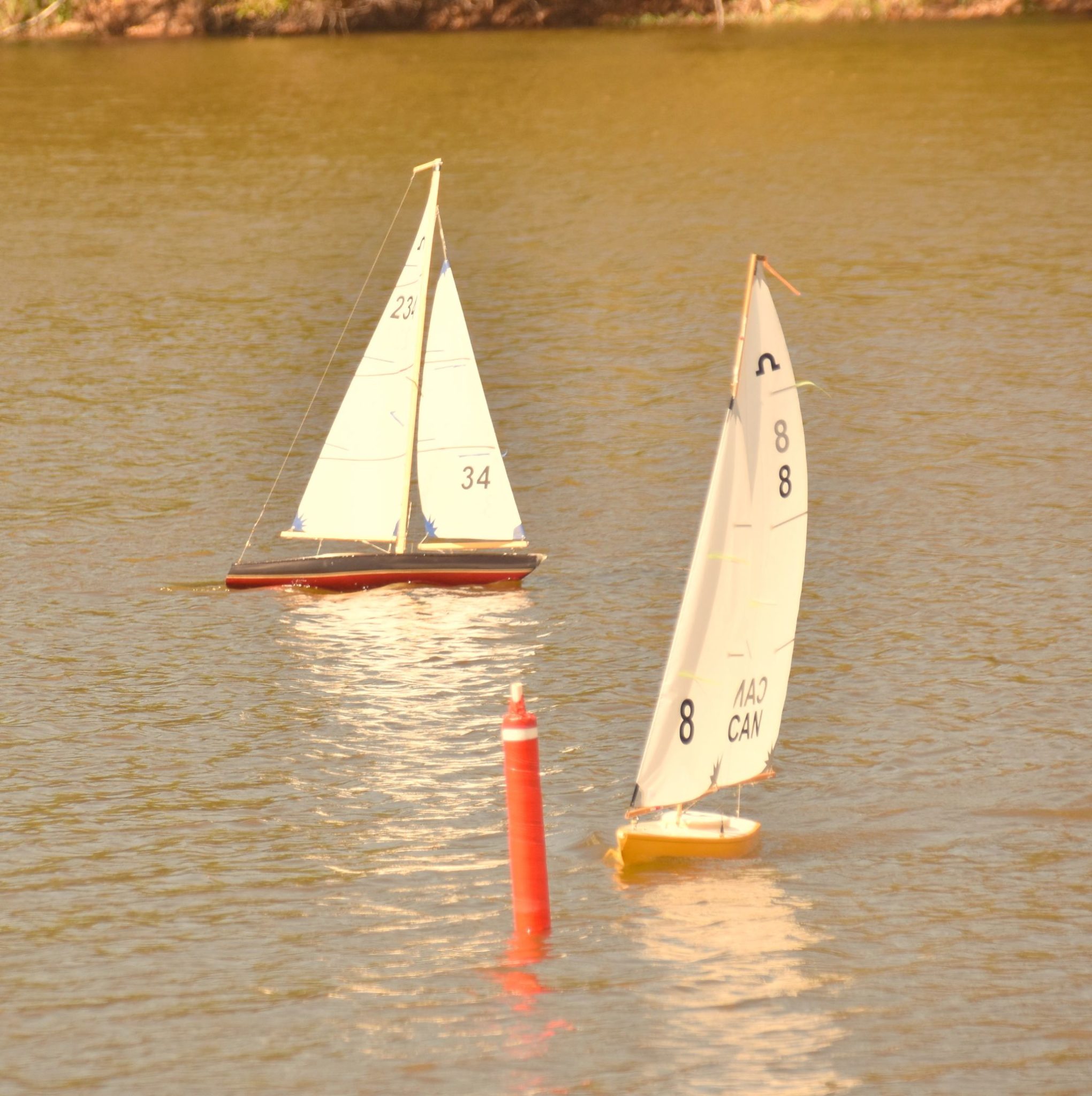 The results for the two races using the yellow boat were a FIRST and a THIRD.

Afterwards, several people suspected that the boat I was originally using was not properly balanced, causing part of the problems I was having.  However, it also took me several races before I began to get a feel for just how sensitive the rudder joy stick was and to remember which way to push it to make the boat turn in the desired direction.

As a dear friend told me when playing golf, "Remember, it's the Indian not the Arrow!"

I am looking forwrad to sailing again next Sunday!

This entry was posted in Model Sailboat Racing. Bookmark the permalink.