This eveing we joined Ken and Cheryl at their community's pot luck dinner and entertainment, Keith Allynn's "A Neal Diamond Tribute".

Keith Allynn has entertained audiences for over 23 years. 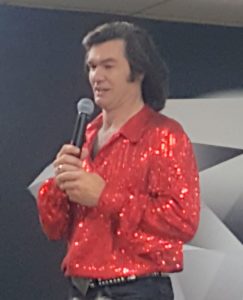 At the tender age of 14 he began his career in a stand-up comedy crowd warming up for such acts as Robin Williams, Chris Rock and Tim Allen.

At age 21 he discovered his musical talents performing an Elvis song at karaoke. The crowd went crazy and Keith was hooked! Soon he became an Elvis Tribute Artist where he performed and competed for several years. In 2004 he was voted on by Graceland as being a top 10 Elvis Tribute Artist in the World.

Later wanting to impress a girl who loved Neil Diamond, Keith called her on the phone and in his best Neil voice sang her “Hello Again” from the “Jazz Singer”. That became her song, she became his wife and he became The Diamond Image.  Featured recently in the documentary film, Diamond Mountain, Keith’s success as a Neil Diamond Tribute artist continues to soar, with multiple Branson Show Award titles including Tribute Artist and Tribute Show of the Year, multiple Trip Advisor certificates, and bookings coast to coast,  all while performing Tuesday through Friday  in Branson, MO March through December.

While not necessarily a Neal Diamond fan, Keith's renditions were excellent while his humor and rapport with the audience made for an outstanding evening. 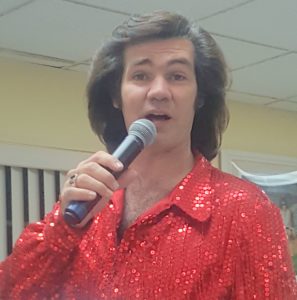 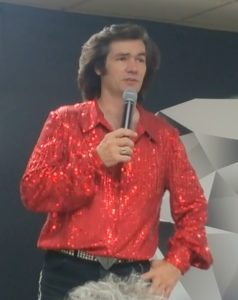 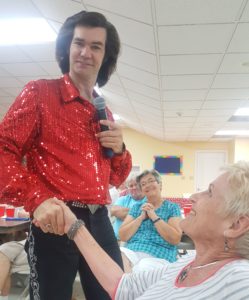 He explained the reason he is always willing to pose for photos is to ensure that people don't end up posting pictures of him with his mouth gaping or his eyes shut.