September 11 – Buffalo, Wyoming and a Day of Rememberance

This morning, we watched television, like so many other Americans, and the solemn tributes to those people who lost their lives on September 11, 2001 and those gallant men and women who saved so many other lives.

Driving out of our campground, we were greeted by a friendly stump carving. 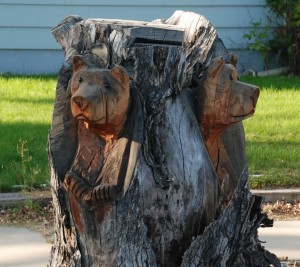 Shortly after leaving Greybull, the road climbed into a barren range land which, however, had a unique beauty of its own. 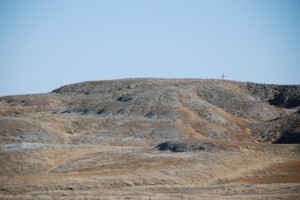 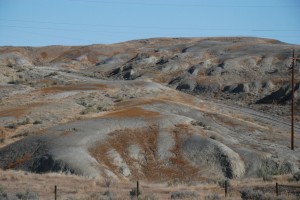 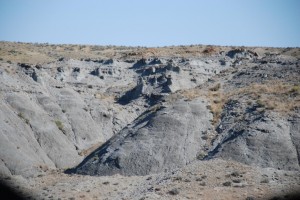 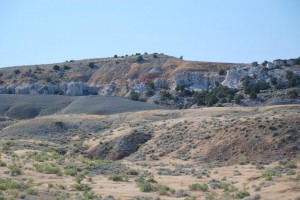 Passing through Worland, Wyoming, we passed a memorial to the first responders of the tragedies of ten years earlier. 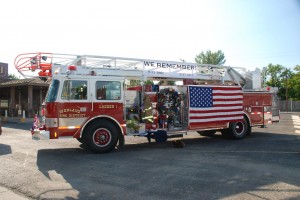 This landscape slowly morphed into red rock country where fields of corn, hay, alfalfa and beets were found on both sides of the road. 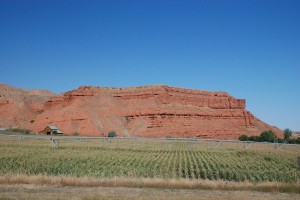 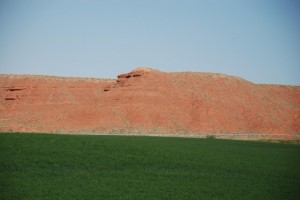 We were also surprised to discover sheep ranching was a major industry in the northern section of Wyoming. 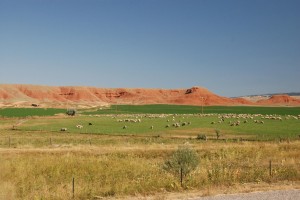 The road then began to climb more than mile high than the valley floor, often through winding canyons.  Along the way, we saw signs which described the formations we were witnessing along the exposed hillsides.  They pointed out rocks which were laid down from the Jurassic (200-146 million years ago) … sequentially 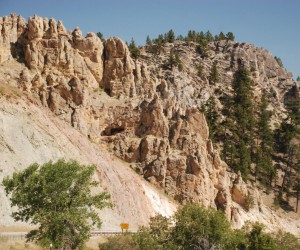 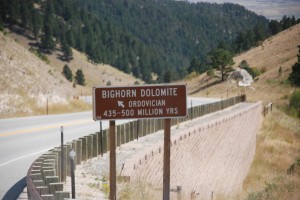 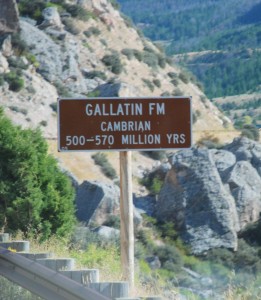 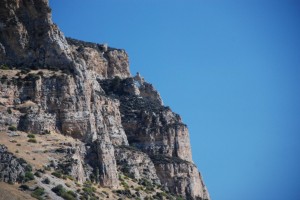 and finally to some of the oldest rocks to be found on earth. 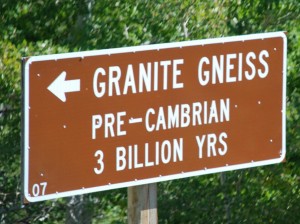 We eventually crested the height of the roadway. 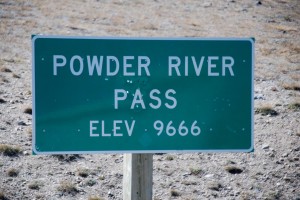 Of course, what goes up … must come down.  The road down from the pass, however, was relatively gentle and fortunately with wide shoulders.

On the way we passed rocker-arm oil pumps, 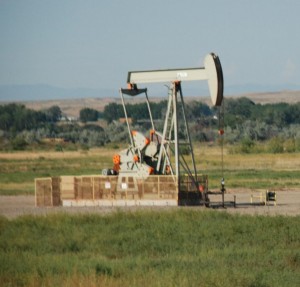 A memorial to forest fire fighters who lost their lives battleing a wildfire in 1937, 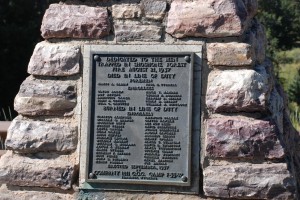 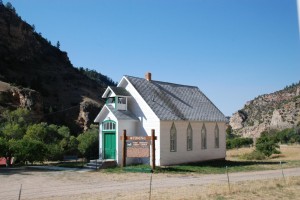 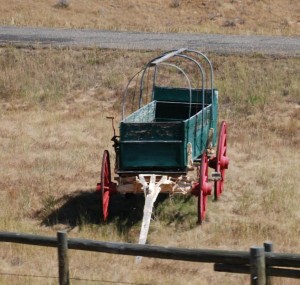 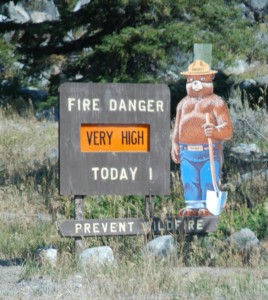