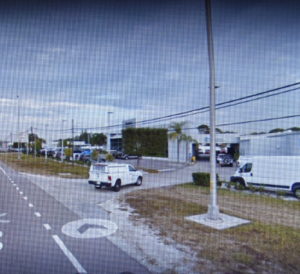 bright and early on Monday morning … to make certain I could get them to address the problem with not being able to disengage our Jeep's transmisson for towing, given I did not have an appointment.  As with my past experiences with them, they were extremely helpful … and discovered that when RV World Nokomis was installing an auxilliary breaking system in our Jeep, they spliced into a wire which controlled the disengaging mechanism, rendering it unusable.  $300 later, I was on my way to Nokomis where they agreed the mistake was thiers and agreed to cover my expense.  Clearly, both dealerships again proved worthy of my business!

After driving back to our campground we decided to run some checks on all of the wiring connections between our motorhome and our Jeep.  Everything (Brake, Brake Lights, Directional Signals, etc;) worked fine … although a dash light in our motorhome indicating the auxillary braking system in the Jeep was funcitoning did not come on.  As it was too late to do anything about the problem, we opted to spend yet another "tough" day in sunny and warm Sarasota!

This morning, we were again up and on the road … this time to RV World Nokomis 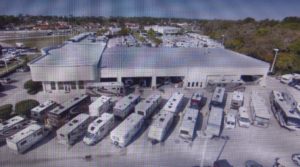 to have the issue of the problem light addressed.  Seems with the splicing now disconnected, the dash light would not function.  Seems I need a part installed.  However, as the light is really little more than a "security blanket" than a functioning element, we opted to leave and plan on having the installation done at a later date.

The first hour of our journey was, fortunately, uneventful, passing the lone and large "Stars and bars" flag 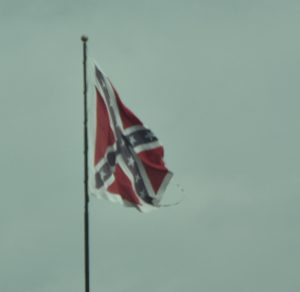 at the intersection of I-75 and I-4 just east of Tampa.  Always curious about the reasons behind its flying day and night.

Over the next hour, the crystal clear blue skies began to turn darker and darker shades of gray 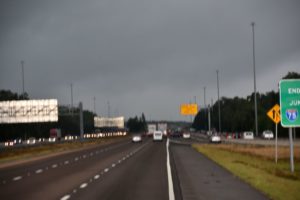 before disolving into a torrential downpour with visibility less than a tenth of a mile, 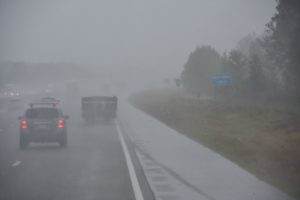 so severe we decided to pull off into a rest area … as did several other RVers. 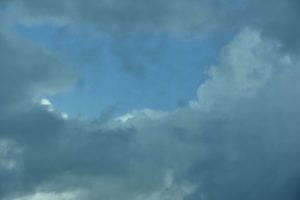 Aside from more State Police than we've seen on any signle days in years, including one which pulled out and followed us for 15-20 minutes at one point, the "highlights" included the first roadside flowers we've seen this year, 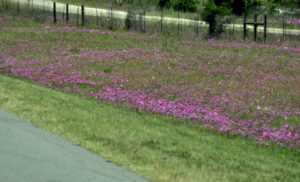 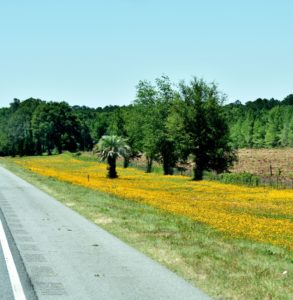 several motorhomes with beautiful murals painted on their rear panels, 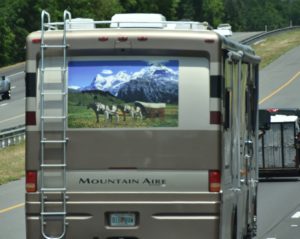 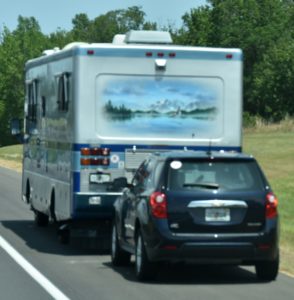 several extremely wide loads which came close to nicking our side mirror when passing us, 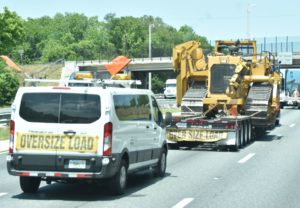 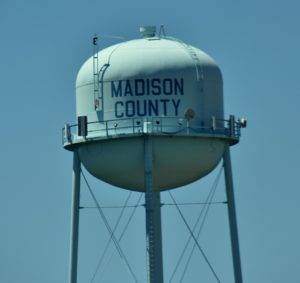 and three unfortunate RVers who had broken down. 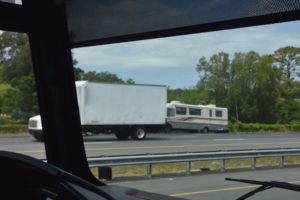 After arriving at our destination campgorund in Tallahassee and hooking up to the shore power, cable and water, I was faced with cleaning one of the worst collection of bug caracses ever off our windshield and the front of our coach … so bad even Debbie took pity on me and joined in the cleaning effots 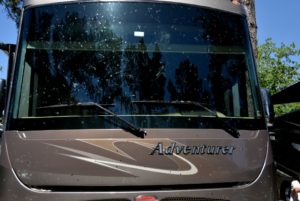 Tomorrow we plan to take in Florida's stae capitol.