Our 12-volt house batteries have been giving us some problems the past two days; apparently not hold -ing sufficient enough charge to run our propane heating system.  And, as we’ve no electricity at our site in Yellowstone, the 33o temperatures outside made for a chilly morning in our motor home.

Therefore, we grabbed juice and coffee (only) and got underway earlier than usual.  We had not even reached the road when the driveway was blocked by a lumbering bison.  Once he moved on, we turned left toward the park’s east entrance, only to find the road also at the mercy of more bison. 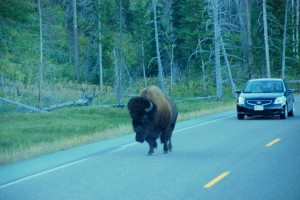 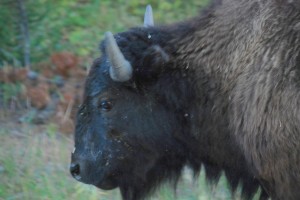 (once again, close enough to pet)

Once the roadway was clear, we passed more thermal “smokers” 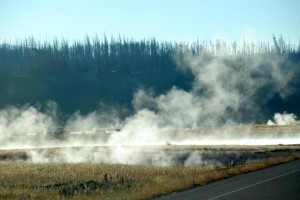 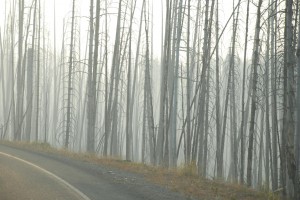 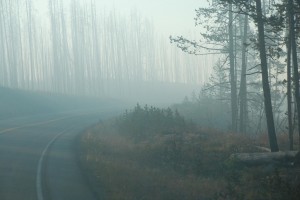 to an 8,800’ pass, after which all we have seen are crystal blue skies for the day.  A long winding road with steep drops beyond the shoulder provided some stunning views of a canyon below as we drove the 27 miles to the park’s entrance.

Even more spectacular, however, were the reflections from a roadside lake we passed. 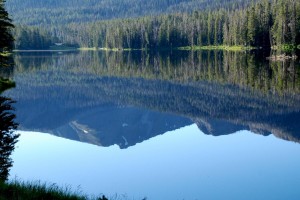 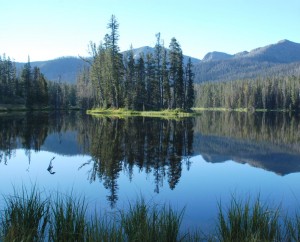 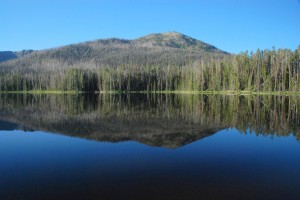 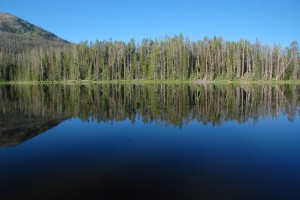 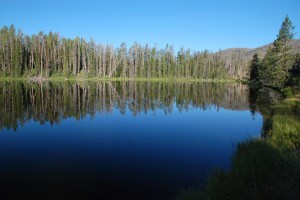 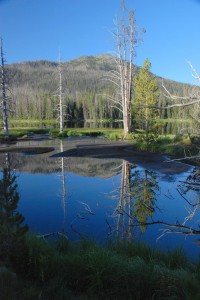 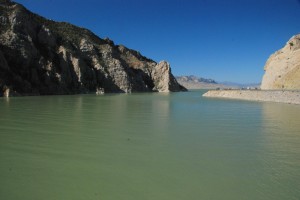 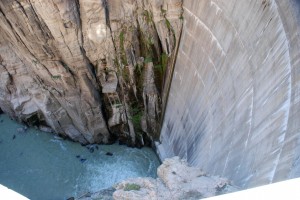 with the Shoshone River below winding its way through a narrow canyon where additional power plants are now located. 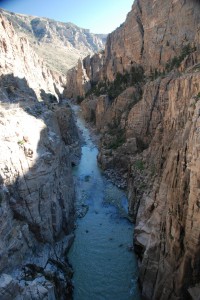 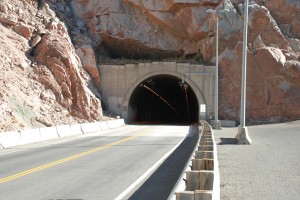 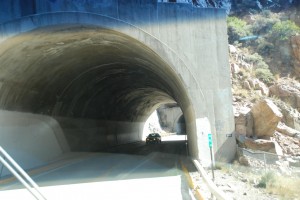 and we entered Cody, Wyoming.  With a population of slightly over 8,000, it seemed like a major metropolis after having passed through such towns as Emblem, Wyoming which boasts to having a population of 10 people!

Everything about Cody, as you might expect, is Buffalo Bill themed. 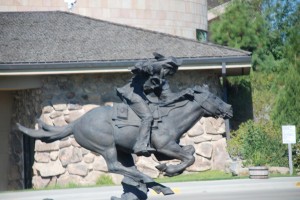 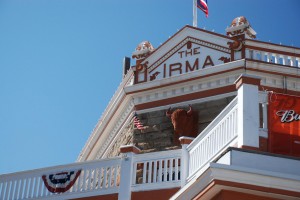 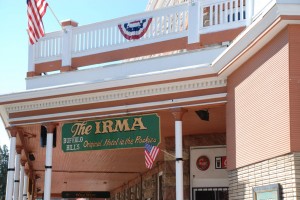 Just got to thinking, technically speaking, the American Buffalo, for which “Buffalo” Bill Cody became famous, is really a Bison.  But, somehow Bison Bill doesn’t have the same ring as Buffalo Bill.

Leaving Cody, we spotted a most unusual log structure on a hill above us. 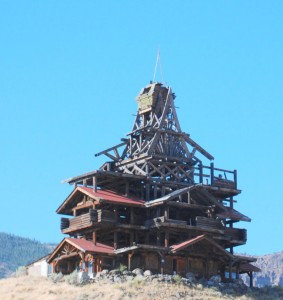 The landscape between Cody and Greybull is pretty desolate 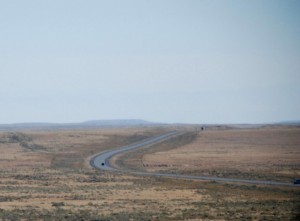 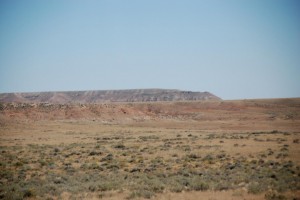 until you get close to Greybull where farming is one of major industries. 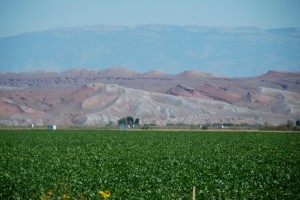 It is also home to an air museum dedicated to the men and women who fight forest fires. 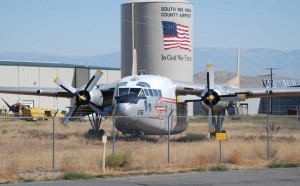 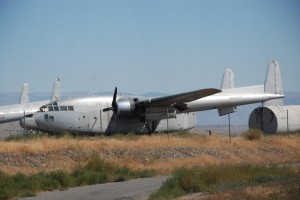 Unfortunately, it was closed; whether because it is Saturday or permanently we could not determine.  However, from some of the distant views we had from beyond the airfield’s fence, it is possible the place has become a air plane graveyard. 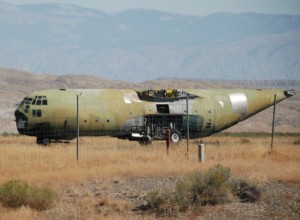 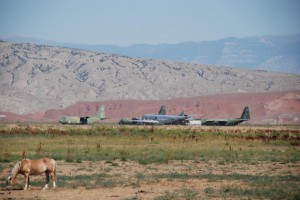 We arrived at our campground around noon … in time to catch-up on this blog (we’ve had no Internet for several days), some paperwork, and perhaps take a nap before it’s “Wine Time”.

We also discovered the 110v hot water light is not working.  Time will tell if there is any issues with the shore power heater.  If so, at least we can fall back on our propane system.

Finally, while pumping out our “black” water tank, one of our sewer hose connections let go … what a smelly, sh—y mess!