After having our motorhome’s water systems dewinterized we finally headed for Florida this morning.

As it was a holiday weekend, the traffic was relatively light despite having to travel through Philadelphia, Wilmington, Baltimore and Washington DC.  What started out as a cool but sunny morning morphed into an overcast sky while temperatures rose from the high 20s to a high of 52 degrees.

The only slowdown was caused by the unfortunate rollover of a SUV near Fredericksburg. 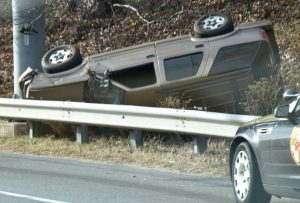 We spent the New Year’s Eve at Americamps Campground where we often spend our first night when heading south. 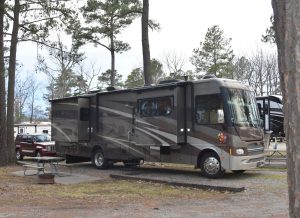 When we arrived, we received a nice surprise as the campground was hosting a 6:00 PM Spanish New Year’s Eve party (which was midnight in Spain), complete with Paella and other traditional foods.  As they had set the clocks for Madrid time so we were through dinner and celebrated the arrival of 2017 and back to our motorhome by 8:00 PM.