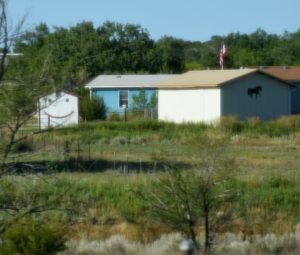 is true, the people who live here just east of Albuquerque, must be in ecstasy!

I-40 initially continued through some still desolate and relatively flat country. 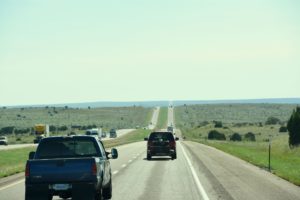 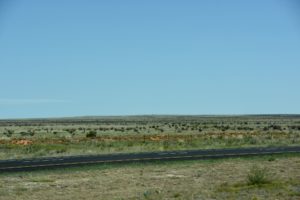 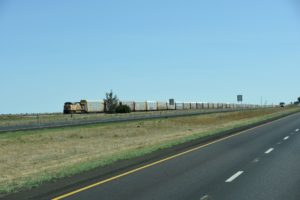 Ever so slowly, however, the distant mesas begin to close in and vegetation becomes more abundant 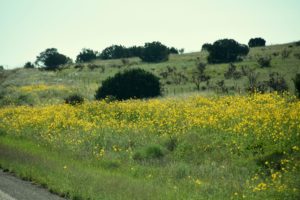 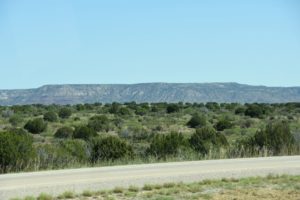 as the some of the rivers, which across the past several states have been little more than dry or shallow streams of muddy water now are running full. 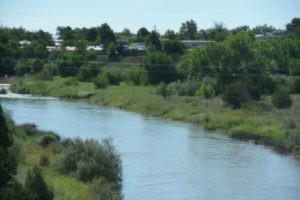 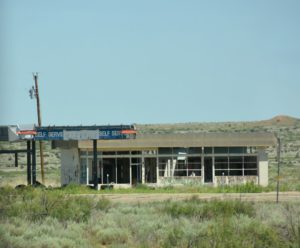 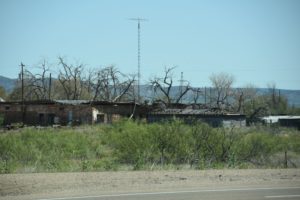 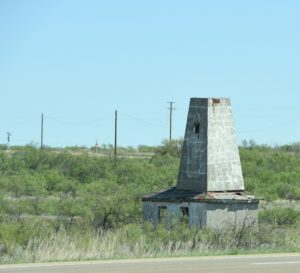 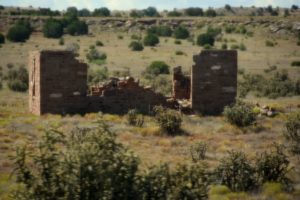 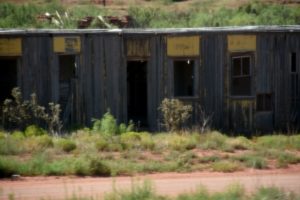 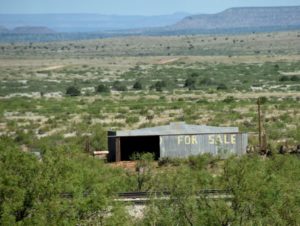 victims of being by-passed when Interstate 40 was completed. 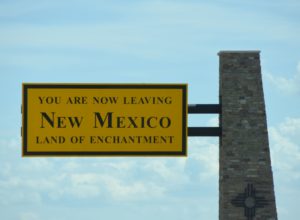 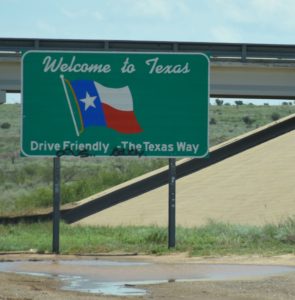 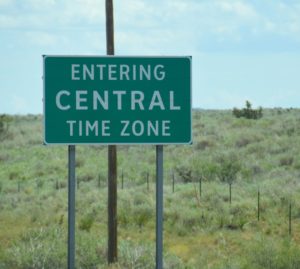 where trees are often a rare sight! 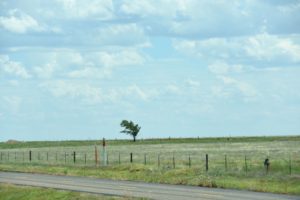 Across New Mexico and the western part of the Texas panhandle, we’ve seen dozens of 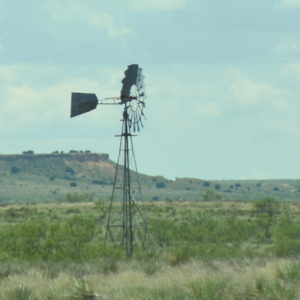 over the past several days, and while a throwback to another bygone era are still in use by ranchers across the southwest.

Meanwhile, nearing the mid-point between the New Mexico border and Amarillo, we found ourselves amid miles of wind turbines … we estimated close to 1,000 … 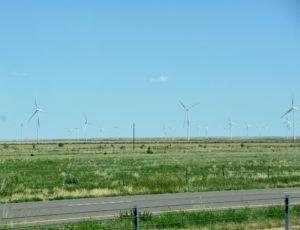 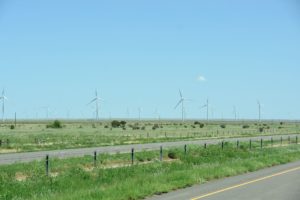 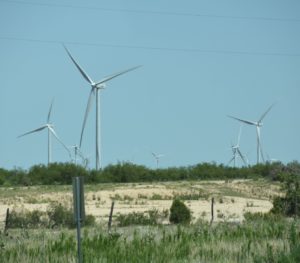 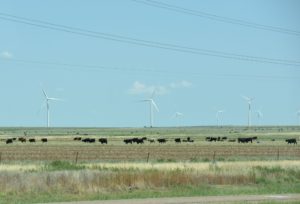 and where the odor from stockyards 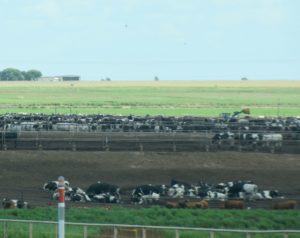 can permeate even a  closed vehicle on the highway.

Arriving at the Oasis RV Resort, we were greeted by 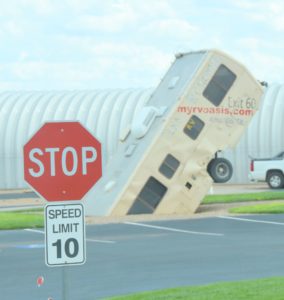 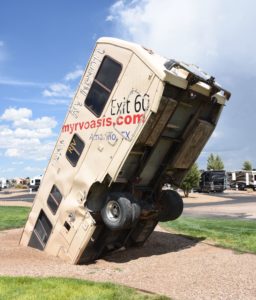 However, this is one of the best campgrounds we’ve ever stayed at and when we do our on-line rating, we plan to give it a 10 out of 10 score!