Without overstating the case, Crater Lake is unquestionably the most beautiful place we’ve seen on this trip, and possibly, any trip! 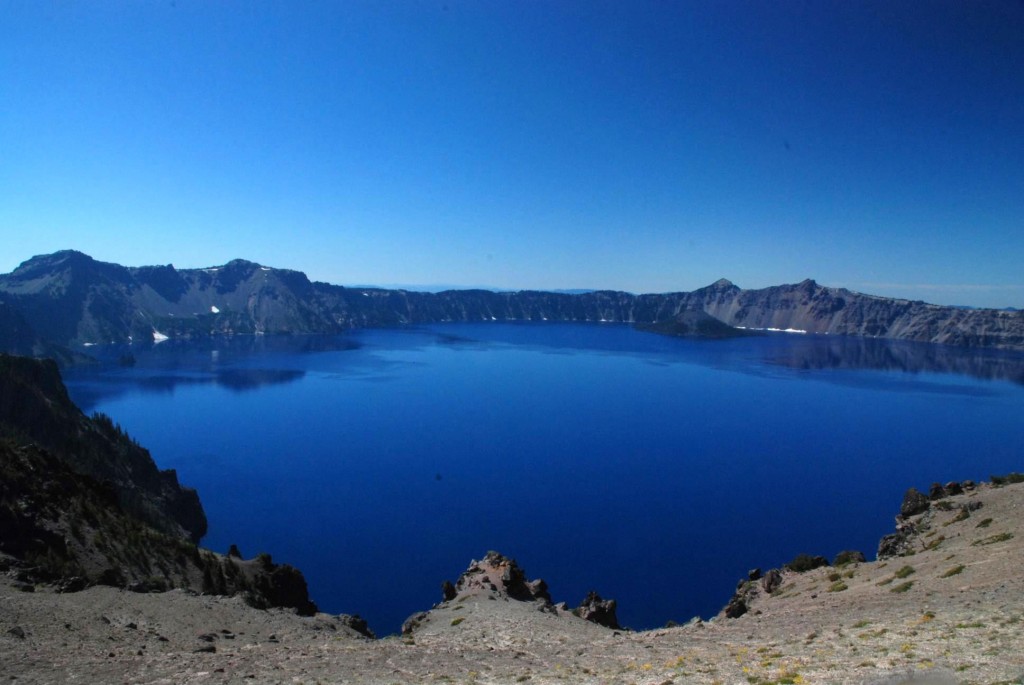 Our drive to Crater Lake took us through a nearly flat valley of several hundred square miles, bordered on three sides by mountains and to the south, Upper Klamath Lake; Oregon’s largest lake.  Other than the occasional ranch homestead and barns, the entire area appeared fenced off into possibly hundreds of large cattle crazing areas … 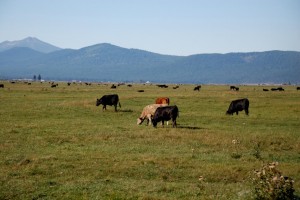 a few pastures for horses 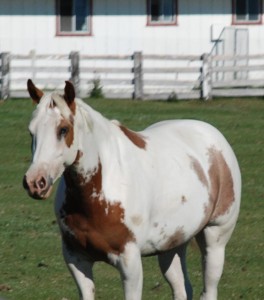 and one small field with black-headed white sheep. 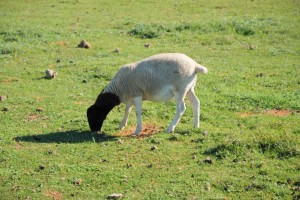 The road then began a climb through a forest of towering lodgepole pine, mountain hemlocks and Shasta red firs. 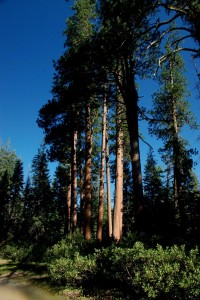 After stopping at the Visitor’s Center, where we were treated to the aerobatics of a hummingbird, 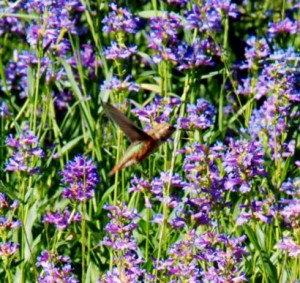 we headed counter-clockwise around the lake’s Rim Drive, so that the sun would be behind us for most of the day-long drive.   Before ever seeing the lake, we stopped for a short hike through a wildflower preserve 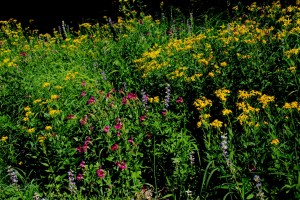 and to view Vidae Falls. 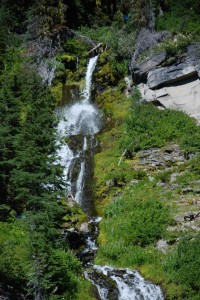 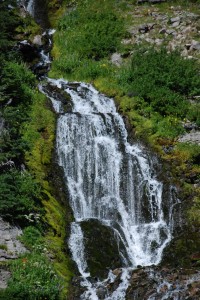 Finally, we reached the Sun Notch Trail and hiked up to the first of what was to be one spectacular view of Crater Lake after another. 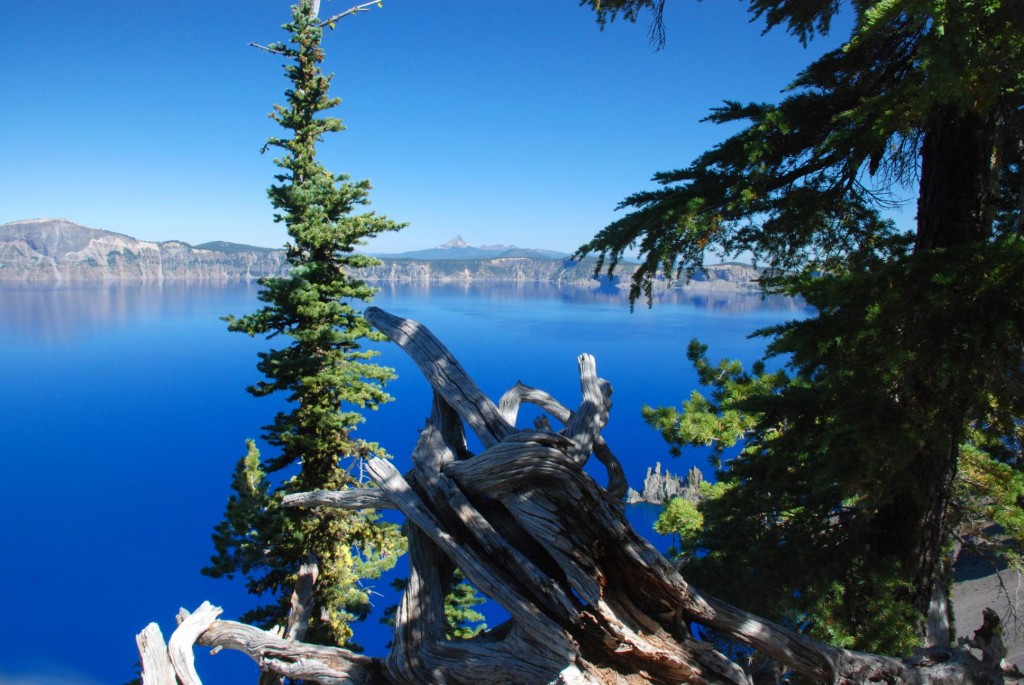 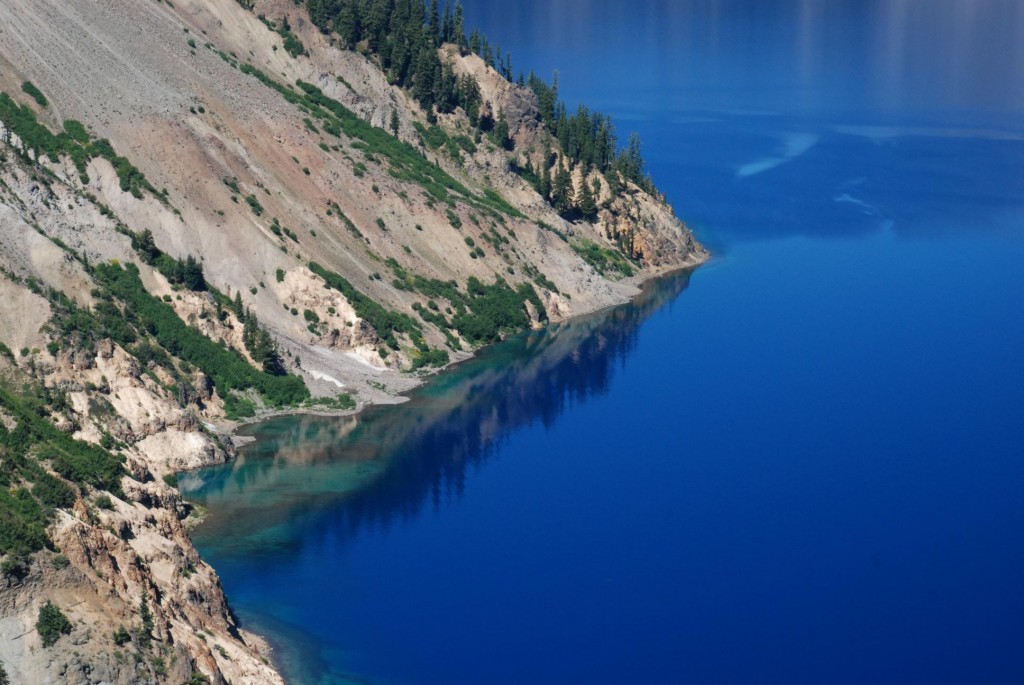 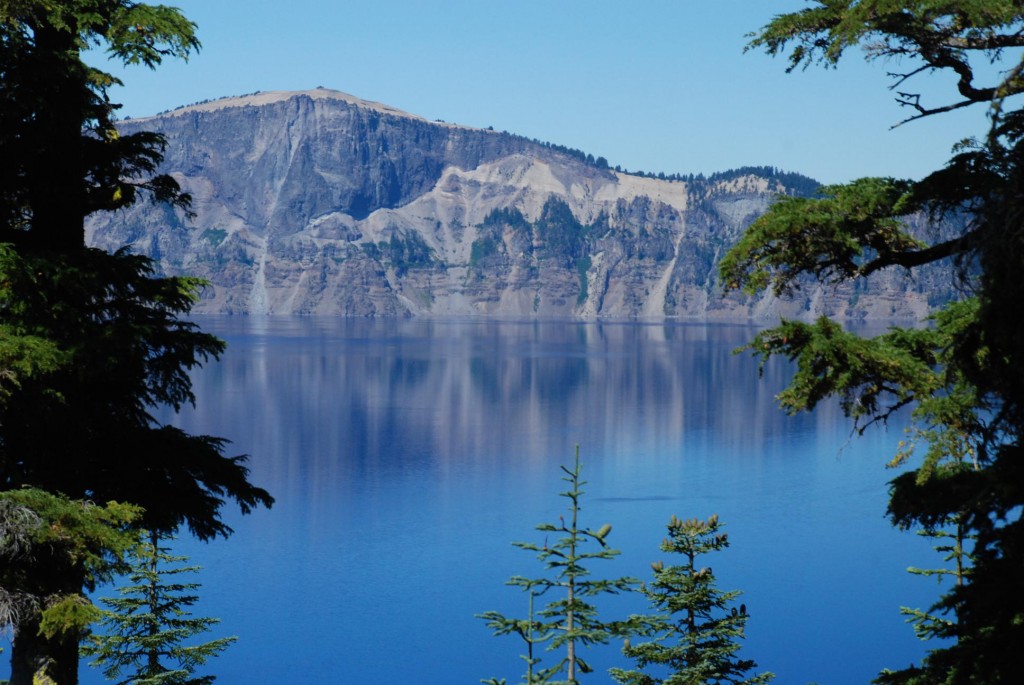 For informational purposes, Crater Lake was formed after major eruptions of Mount Mazama (which put more than 100 times the amount of matter into the atmosphere as did Mount St. Helens) some 7,700 years ago depleted its underlying magma chamber and the 12,000’ summit collapsed about 6,800 years ago, creating a six mile wide caldera.  Over the ensuing centuries after the floor of the caldera cooled, it filled with rainwater and snow melt.   Today, it loses approximately 34 billion gallons of water a year through seepage and evaporation.  However, it gains an almost identical amount from snow melt and rainfall, resulting in a roughly static water level over time.

Crater Lake’s most well-known features are Wizard Island (given that name as some folks thought it looked like a wizard’s hat), 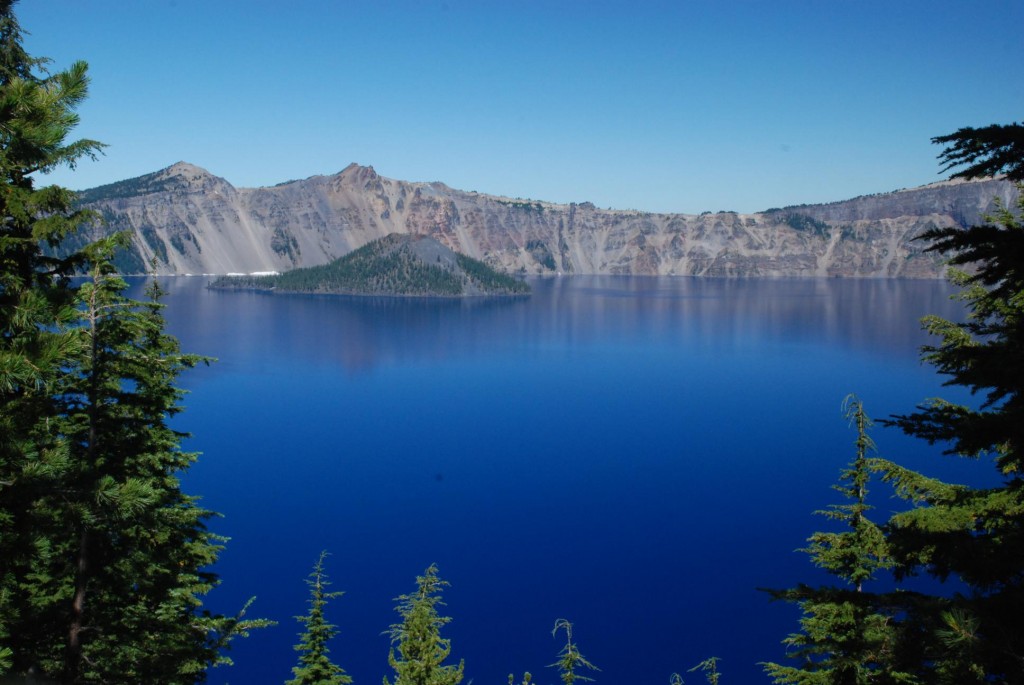 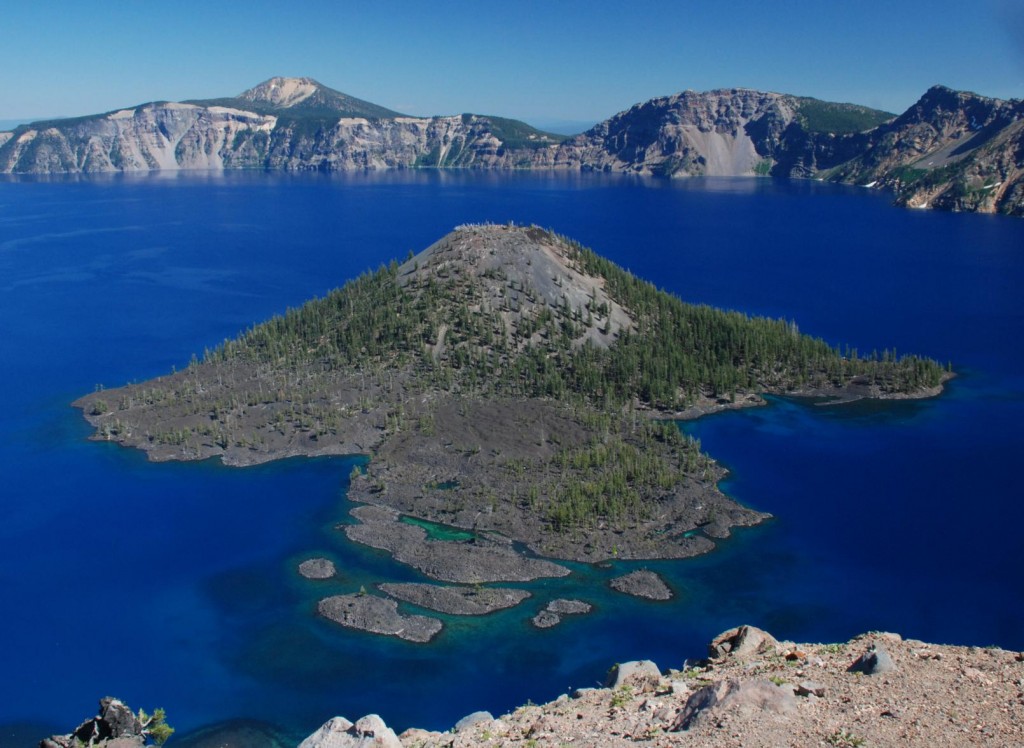 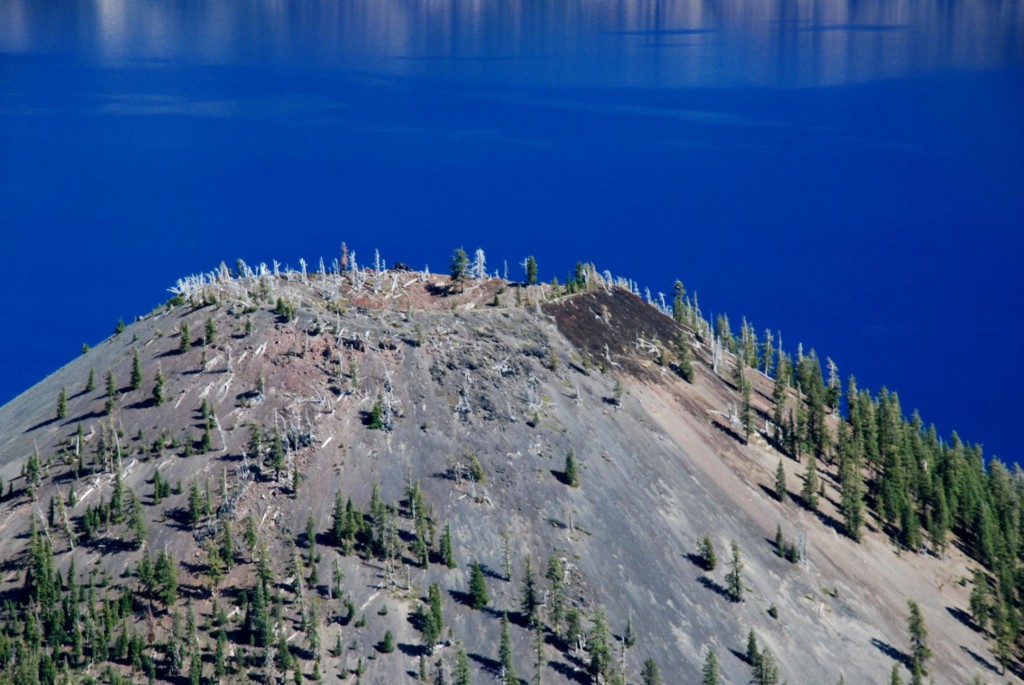 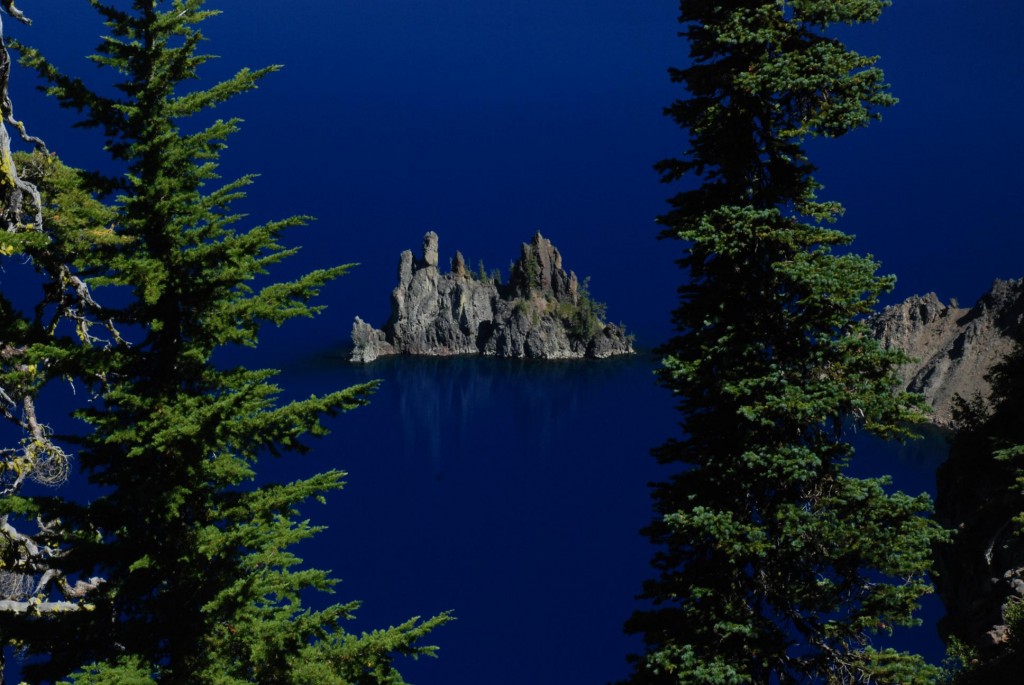 a rock formation which early explorers thought looked like a ship with its sails partly unfurled.

The question always arises as to, Why the lake’s water is so blue?

Interestingly, with very shallow depths right at the shore line and in a lagoon on Wizard Island, where some of the green wavelengths are reflected back, the water appears almost an almost iridescent green. 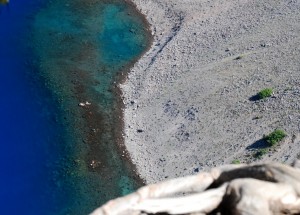 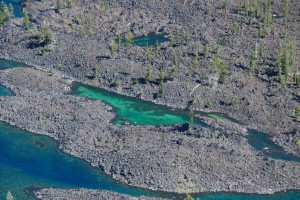 We also took a side trip within the Crater Lake National Park to see the “pinnacles”. 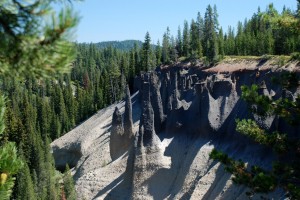 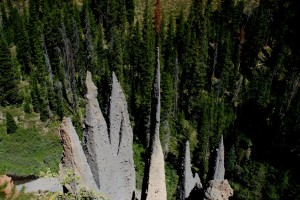 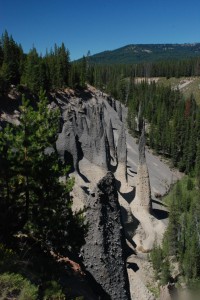 These are the remains of fumaroles, vents created by hot gases escaping from within volcanoes which are subsequently filled with lava which hardens. When the surrounding rocks are eroded away, only the lava cores remain.

Throughout the park, white bark pines are seen, particularly along the rim. 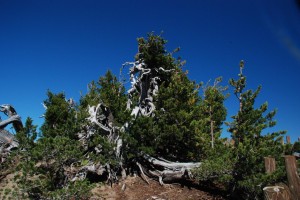 These hardy trees are constantly buffeted by prevailing winds, snow, rain and blowing sand. As a result, their foliage grows only on their lee sides.

At one overlook, we were treated to the antics of a playful chipmunk, 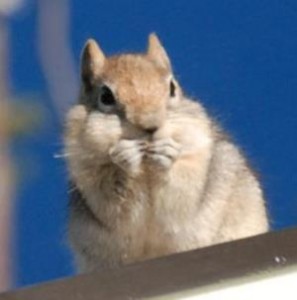 had a chance to watch butterflies, 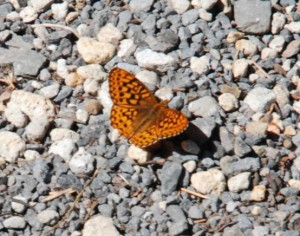 and enjoy a variety of flowers along the roadside 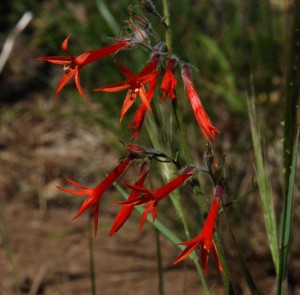 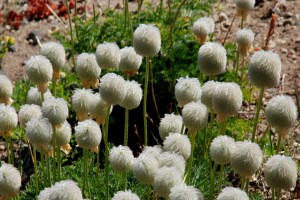 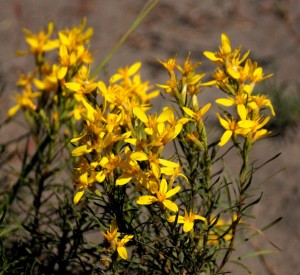 and growing out of sheer rock out croppings. 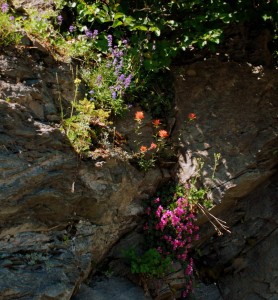