We’d planned on leaving between 8:00 and 8:30 this morning but looked at the radar weather to the north and noticed the yellow, orange and red images indicating pretty severe conditions heading right across both our destination and planned route of travel.  Instead, we took our coffee and sat by the lake for more than an hour before giving any thoughts to getting ready to leave. 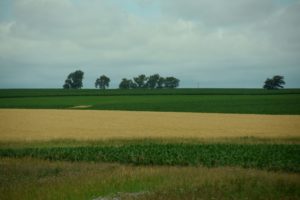 we never seem to tire of the ever-changing colors, patterns and textures of the landscape.

Then there were the picturesque farms 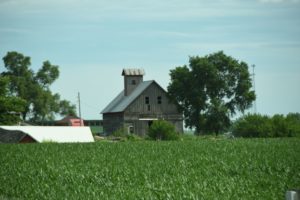 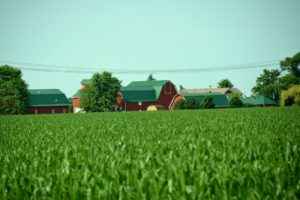 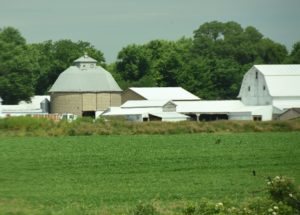 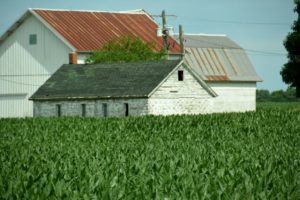 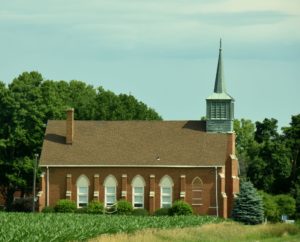 We did pass some classic … and colorful … cars. 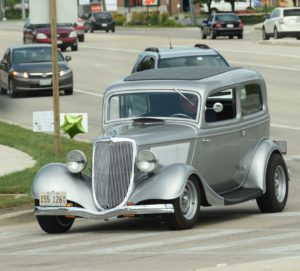 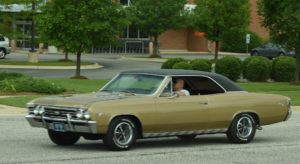 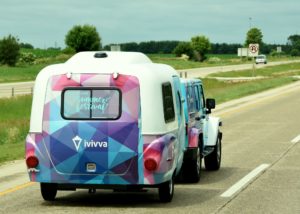 Oh yes, Debbie did continue her quest to shoot every water tower in sight. 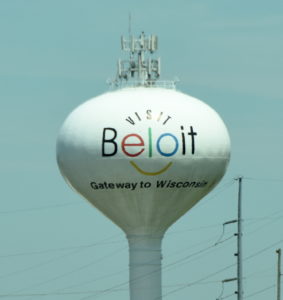 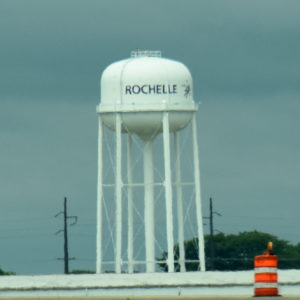 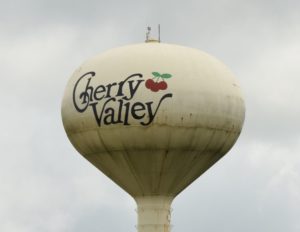 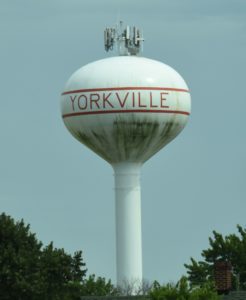 When driving highways all over the United States, mileage markers are always indicated using digits for every mile, or every half mile (i.e., 6.5) or every tenth of a mile (e.g., 4.9).  However, until entering Illinois yesterday, I had never seen fractions used. 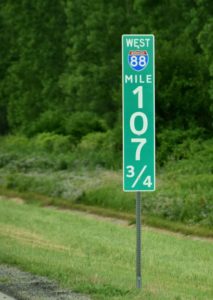 Once in Wisconsin, we pulled in to the Visitor’s Center 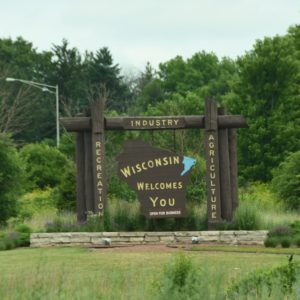 and were not disappointed.  There was a memorial dedicated to the sixty-two servicemen from the state who were awarded the Congressional Medal of Honor. 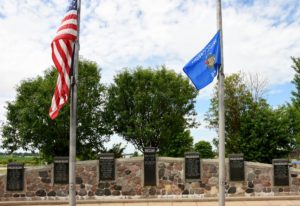 I was surprised to learn Medal of Honor recipient General William “Billy” Mitchell was a Wisconsin native. 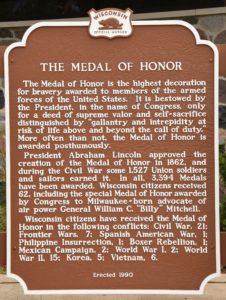 For the third travel day in a row, when we got within ten miles of our campground destination we were delayed due to an accident. 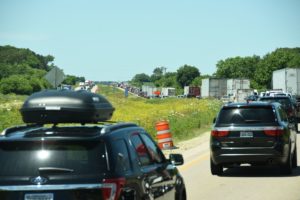 This time, it took us over an hour to travel less than five miles … then discovering the cause, an overturned travel trailer and damaged pick-up truck which was evidently towing it. 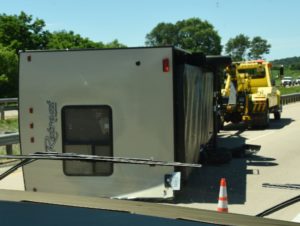 Our hearts ached for the owners and can only hope there were no injuries to any people.

Tonight we’re staying at the Viking Village Campground, one of the prettiest we’ve ever stayed at! 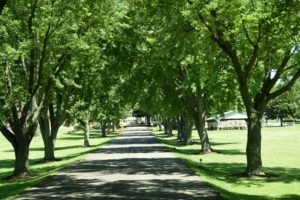 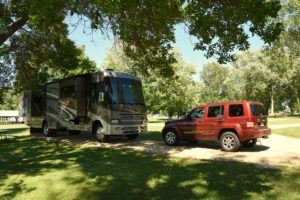 Its history is unique for an RV campground.

On November 1, 1889 in Madison, Wisconsin, the Martin Luther orphan’s home was established by the Norwegian Synod of the Lutheran Church for children orphaned by disease, epidemic, poverty and war.  In 1894, the home was relocated on a donated 52 acre site outside Stoughton. 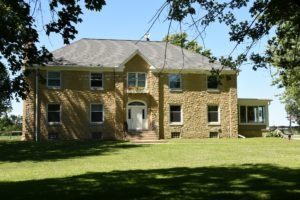 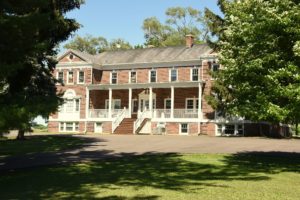 In 1978, the former Martin Luther Orphan’s Home site was purchased and developed into a Recreational Vehicle Campground and Resort.

This evening after we took a walk and were headed back to our motorhome we spied a pair of Sand Hill Cranes. 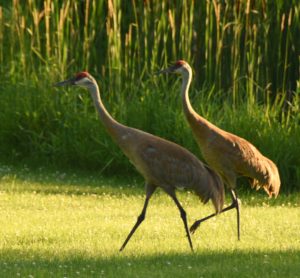 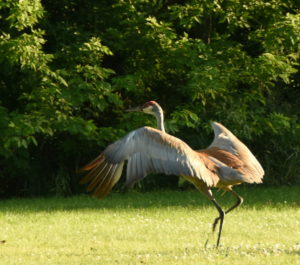