After getting “clear” reports from our various doctors, we left home this morning and headed west across Pennsylvania on a somewhat meandering trip which will take us through twelve states before we reach the northern Oregon coast.

Once leaving the Philadelphia region, the landscape evolves into mostly rural farm country … 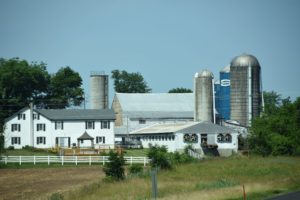 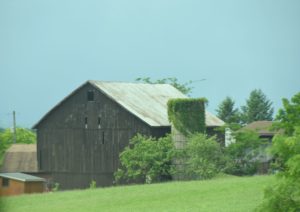 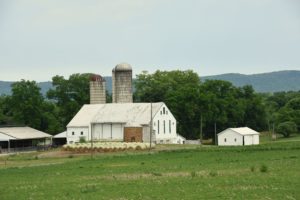 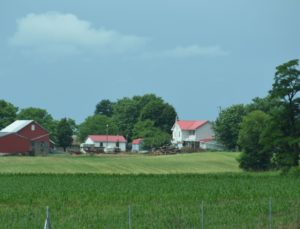 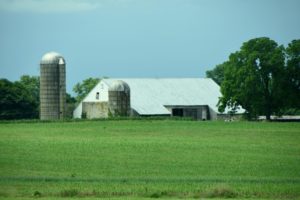 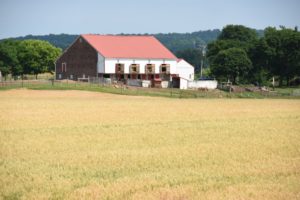 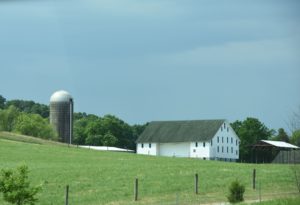 briefly interrupted when crossing the Susquehanna River, just south of the state capital of Harrisburg (in the distance). 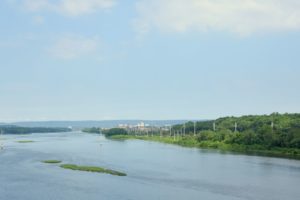 Along the way, we followed a truck with the most incredible painting on its rear door, 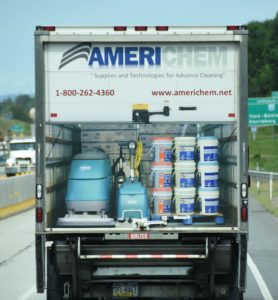 which for a while almost had us convinced it was open.  We also passed one of the Oscar Meyer Weinermobiles (just missed getting a shot of the Mr. Peanut Nutmobile); 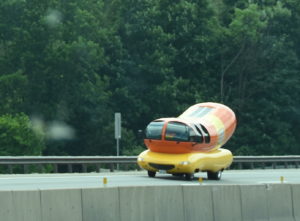 a water tower badly in need of a cleaning; 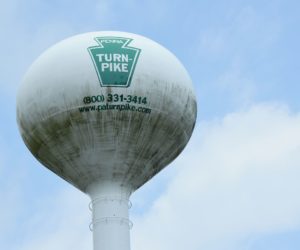 and scores of orange tiger lilies and purple and white clover. 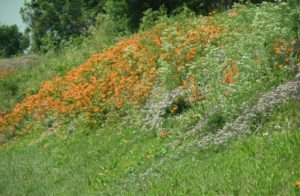 Much to my surprise and delight, Debbie also spied two almost invisible deer on the far side of the road 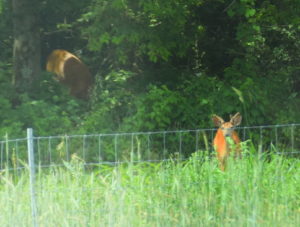 and the top of an old stone church in the distance momentarily peeking out from behind a forest of trees. 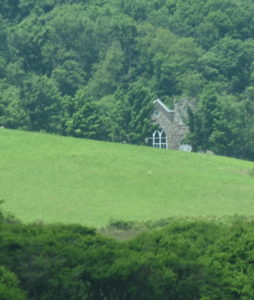 Traveling I-76 across Pennsylvania requires navigating four tunnels, which have never been a problem … nor were the first three today.  However, when traveling through the Allegheny Tunnel, the lights on the walls created a repetitive pattern of alternating triangular light and dark patches.  I caught myself becoming almost hypnotized by these repetitive bright and shadow patterns and thought I was OK … until I was jolted back to reality by a loud scraping noise as my exterior passenger-side mirror grazed the tiles on the side of the tunnel. 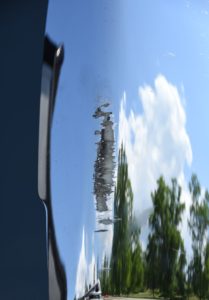 It was the first such incident in the 65,000-plus miles of driving a motorhome and I was upset about the way the mirror now looked.  However, Debbie was right, “It’s only a mirror!”  As usual, she was right!

We arrived at the Fox Den Acres Campground 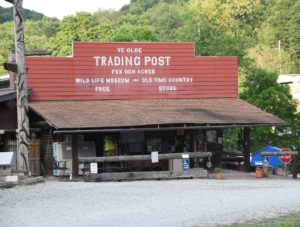 where we’ve overnighted in the past.  The office sports a collection of stuffed cougars, foxes, wolves and birds as well as dozens of deer heads and a single deer behind!  Around the grounds are many totems 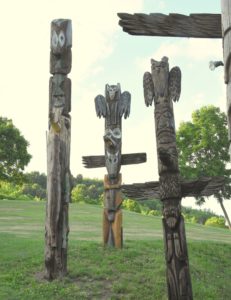 and a variety of old farm and other equipment. 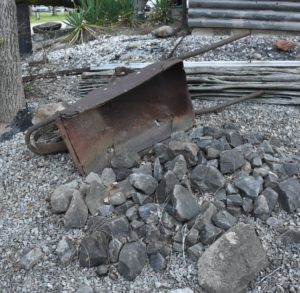 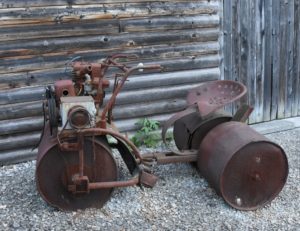