April 24 – Back Home to Langhorne

We successfully timed our departure from Fredericksburg so as to be behind the DC Beltway rush hour traffic. 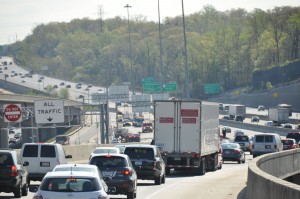 What we did not count on were several rubbernecking events 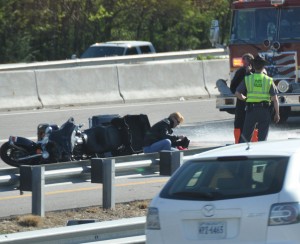 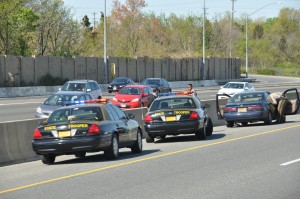 Although out of view in this photo, the driver who’d been stopped was handcuffed while his car was searched. 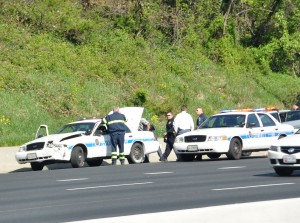 which slowed the traffic east of DC and around Baltimore.

While the red buds 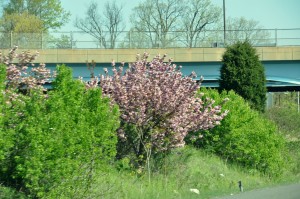 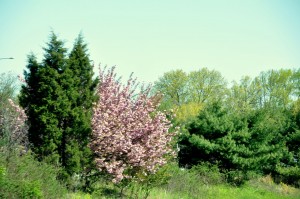 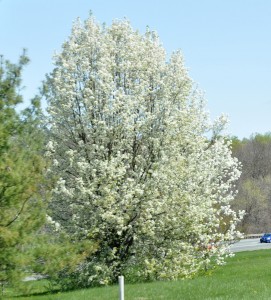 were in full bloom, the further north we drove, there was a noticeable lack of leaves on most of the non-flowering trees. 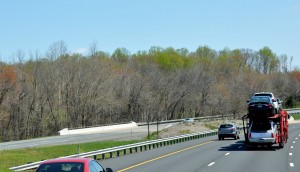 Still, we made it home by 1:00 PM … had our motorhome unloaded a couple of hours later and then drove it to the secured lot where we store it when not traveling.

Purely by accident, we pulled into our driveway at the right time as our pear trees and azaleas were in full bloom. 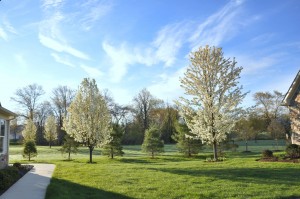 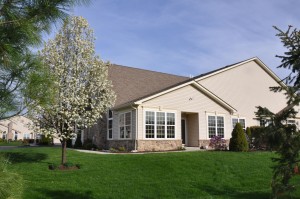 However, for the second day in a row, jeans and long-sleeved shirts were in order rather than the shorts and tees we been accustomed to for the past three months!

Once we sort the accumulated mail and get caught up on some housekeeping chores, the next two months will be devoted to grandchildren, our kids and doctors, although not necessarily in that order … before leaving again in mid-July for the Pacific Northwest to meet up with our Alaska friends.