We spent our last two days in Sarasota pretty sedentary … with Monday’s highlight a grocery run. And a visit to Big Cat Habitat, a non-profit safe haven for over 50 “big cats”, bears, and other animals in need. It was founded by Kay Rosaire who has more than 30 years of experience working with and caring for exotic animals. The Habitat’s mission is to educate the public by fostering appreciation for animals and stressing the importance of habitat preservation.

Unfortunately, photographing these magnificent animals through the necessary protective cages is, at best challenging.

Alpaca
A domesticated species of South American Camel, it resembles a llama but are considerably smaller than llamas and unlike llamas, they were not bred to be beasts of burden, but were bred specifically for their fiber. 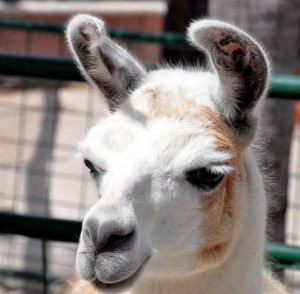 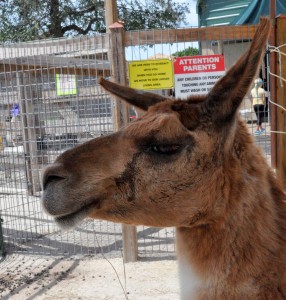 African Lion
Renowned for its majesty and nicknamed the “king of the Jungle”, the lion possesses beauty and strength. They vary in color but are typically sport light yellow-brown coats. Mature male lions are unique among big cats due to the thick brown or black manes that encircle their necks and protect them while fighting. Today, fewer than 21,000 lions remain in Africa! 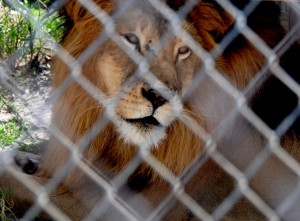 Bengal Tiger
The Bengal tiger is the most numerous tiger subspecies. By 2011, the total population was estimated at fewer than 2,500 individuals with a decreasing trend. The Bengal tiger’s coat is yellow to light orange, with stripes ranging from dark brown to black; the belly and the interior parts of the limbs are white, and the tail is orange with black rings. 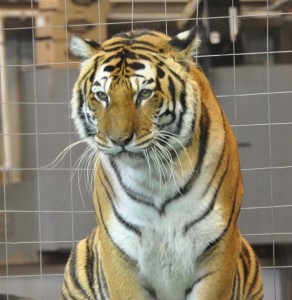 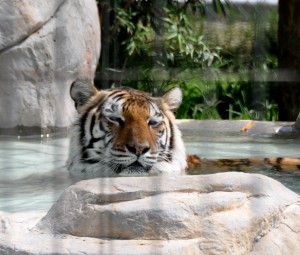 Black-handed Spider Monkey
Black-handed spider monkeys are one of the largest New World monkeys. They have small heads with prominent muzzles. Their arms, legs and tail are very long in proportion to the body length. As their common name implies, their extremities (hands and feet) are covered in a very dark brown-to-black fur. They also lack thumbs. The rest of their bodies’ fur colouration can vary from a yellowish-gray to dark brown to black, with golden yellow sides and a whitish or yellowish underside. The face is black, and there are light markings, or ocular rings around the eyes. 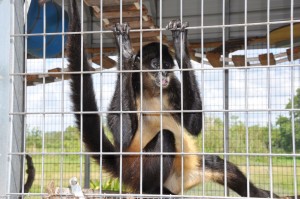 Blue and Gold Macaw
The blue-and-yellow macaw, also known as the blue-and-gold macaw, is a large South American parrot with blue top parts and yellow under parts. 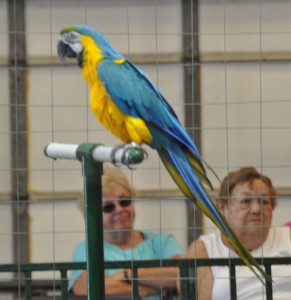 Military Macaw
The military macaw is a large parrot and a medium-sized macaw. Though considered vulnerable as a wild species, it is still commonly found in the pet trade industry. A predominantly green bird, it is found in the forests of Mexico and South America. 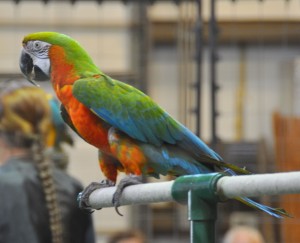 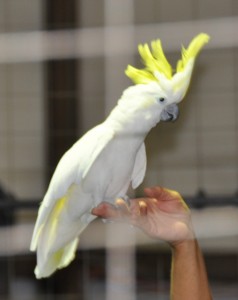 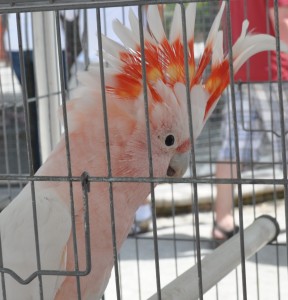 Syrian Bear
The Syrian brown bear is a relatively small subspecies of brown bear native to the Middle East and the Caucasus. Like many large mammals, the Syrian brown bear population is declining due to habitat loss, and poaching. They are a popular target for big game hunters in the Middle East and in Asia. In addition, bear bile is a valuable commodity because of its use in traditional Chinese medicine as an assumed cure for rheumatism, poor eyesight and gall stones. 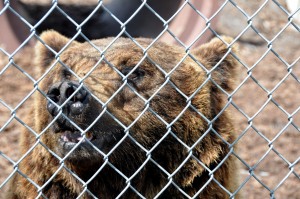 Chimpanzee
Chimpanzees are our closest living relatives, sharing more than 98 percent of our genetic blueprint. Humans and chimps are also thought to share a common ancestor who lived some four to eight million years ago. Chimpanzees live in social communities of several dozen animals, and can habituate themselves to African rain forests, woodlands, and grasslands. Although they normally walk on all fours (knuckle-walking), chimpanzees can stand and walk upright. By swinging from branch to branch they can also move quite efficiently in the trees, where they do most of their eating. Chimpanzees usually sleep in the trees as well, employing nests of leaves. Chimps are generally fruit and plant eaters, but they also consume insects, eggs, and meat, including carrion. They have a tremendously varied diet that includes hundreds of known foods. Chimpanzees are one of the few animal species that employ tools. They shape and use sticks to retrieve insects from their nests or dig grubs out of logs. They also use stones to smash open tasty nuts and employ leaves as sponges to soak up drinking water. Chimpanzees can even be taught to use some basic human sign language. 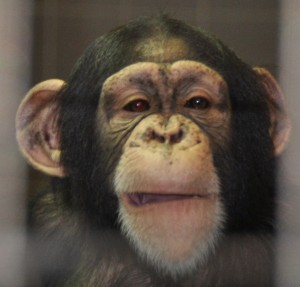 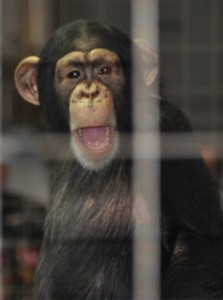 Capuchin
The Capuchin monkey, is considered among the most intelligent of the New World monkeys named after the friars. Agile and lean, capuchin monkeys weigh only 3 – 9 pounds (1.36 – 4.9 kilograms). The fur of the capuchin monkey varies, but is most commonly seen with cream or light tan coloring around the face, neck and shoulders. The rest of its coat is dark brown. The hair is shorter and darker on the capuchin’s back than on other parts of its body. The face of this cute monkey will range from white to pink in color. The tail is long, covered in hair and is partially able to wrap around branches. 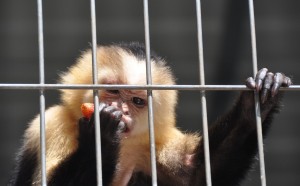 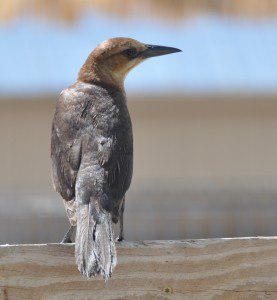 Emu
The Emu is the largest bird native to Australia. It is the second-largest extant bird in the world by height, after its ratite relative, the ostrich. There are three subspecies of emus in Australia. The emu is common over most of mainland Australia, although it avoids heavily populated areas, dense forest and arid areas. 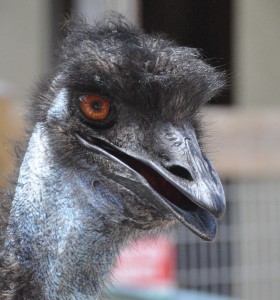 Dromedary Camels
The dromedary, also called the Arabian camel or the Indian camel, is a large, even-toed ungulate with one hump on its back. Their diet includes foliage and desert vegetation, like thorny plants which their extremely tough mouths allow them to eat. These camels are active in the day, and rest together in groups. Led by a dominant male, each herd consists of about 20 individuals. 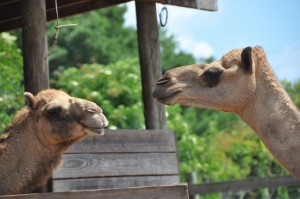 Kodiak Bear
Kodiak bears are the largest subspecies of the brown bear. In the wild, Kodiak bears are found only on the islands in the Kodiak Archipelago off the south coast of Alaska. They are believed to have been isolated there since the last Ice Age over 10,000 years ago. Because of the abundance of food on Kodiak Island, they have smaller home ranges than any other brown bears and have no need to defend territories. The average adult male Kodiak bear stands five feet at the shoulder when on all four and can measure over 10 feet when standing upright. The average male weighs from 1000 to 1200 pounds. Between the springtime when they leave hibernation and the fall, their weight can increase by more than 50 percent. Females are about 20 percent smaller in size and weigh 30 percent lighter than males. Kodiak bears vary in color from beige to dark brown. 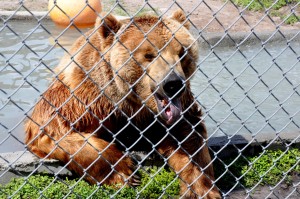 Himalayan Black Bear
The Asiatic Black Bear has a coat of smooth black fur and can be distinguished by a V of white fur on its chest. It is similar in appearance to the brown bear, but with a slighter build. 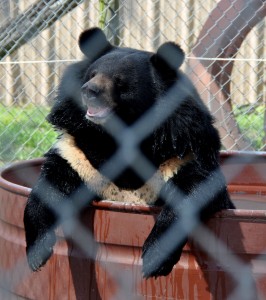 Tortoise
Tortoises are a land-dwelling turtles in the order Testudines. Contrary to popular belief, tortoises are in fact turtles rather than part of a separate group. Tortoises can vary in size from a few centimeters to two meters. Tortoises generally have the longest lifespans of any animal, and some individuals are known to have lived longer than 150 years. 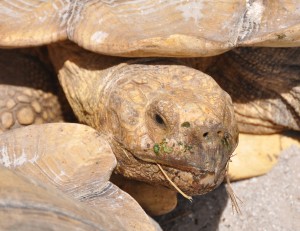 White Tiger
The white tiger is a pigmentation variant of the Bengal tiger, which is reported in the wild from time to time in States of India like Assam, Bengal, Bihar,Sunderbans and especially in the former State of Rewa. The white fur is due to the lack of pheomelanin pigment, which is found in Bengal tigers with orange color fur. When compared to Bengal tigers, the white Bengal tigers tend to grow faster and heavier than the orange Bengal tiger. They also tend to be somewhat bigger at birth, and as fully grown adults. White Bengal tigers are fully grown when they are 2–3 years of age. White male tigers reach weights of 200 to 230 kilograms and up to 3 meters in length. 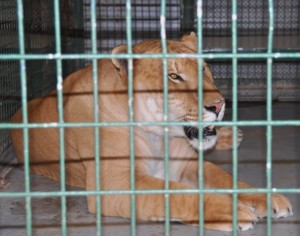 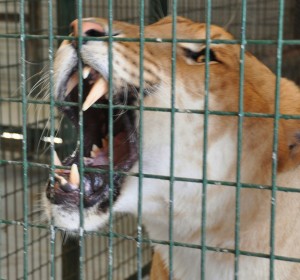 Two things we did learn while there:

1. Many of the organizations who have heart-wrenching images of malnourished puppies, horses and other animals featured in television “infomercials” allocate as little as 10% of their revenues to the actual care of animals … one allegedly having $250,000,000 in a Cayman bank account.

2. If some of the extreme animal activists were to have their way, no animals would be kept in captivity. As the population of many endangered species are maintained only through breeding programs of those in captivity … there are more tigers in captive environment than in the wild … extinction would be the likely outcome!

Tuesday, back to Doctor’s Hospital to have my stitches removed. The good news is that my gash seems to be healing well and my CAT Scan revealed no abnormalities … other than those my family and friends have pointed out for years!  Aside from some crows, a pesky wasp and several squirrels, we were also visited by a wild turkey roaming our campground. 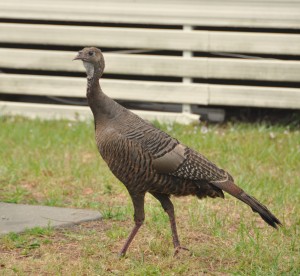 Wednesday, we finally left Sarasota for Jacksonville. While a long drive, it was totally uneventful. Staying at Pecan Park RV Resort, we again have found our site directly under the landing flight path for Jacksonville International Airport! 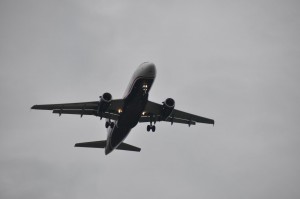