This morning we went on a Dolphin cruise with Dick and Kate, Debbie’s brother and his wife. 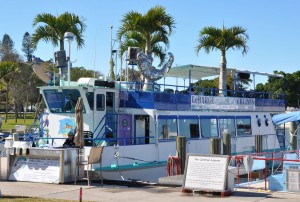 The first thing we’d leaned was that this time of year the waters in Sarasota Bay are too cold for manatees. Fortunately, we have seen them in the past.

Leaving the marina we saw a number of beautiful sailboats, 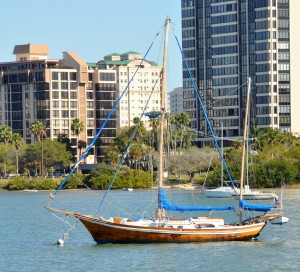 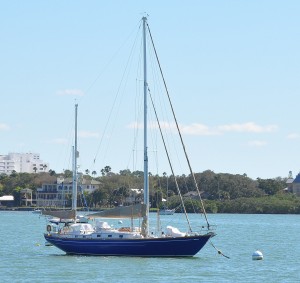 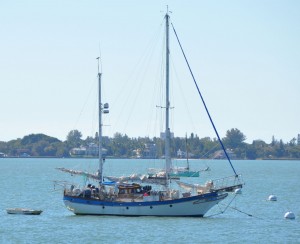 as well as one which hadn’t fared so well. 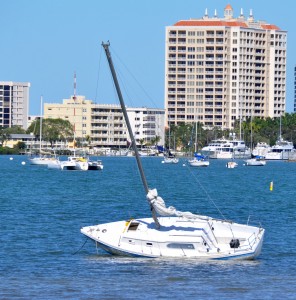 We were entertained by a number of pelicans and cormorants 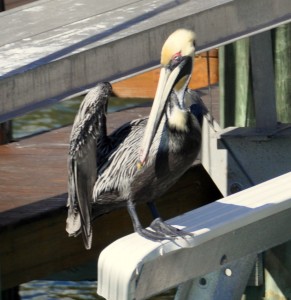 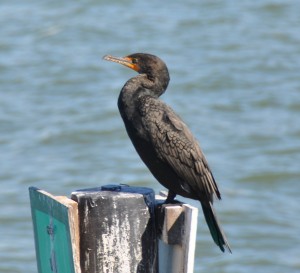 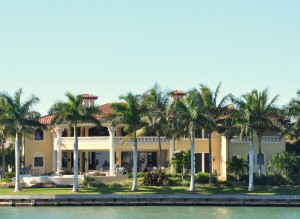 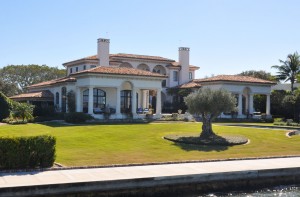 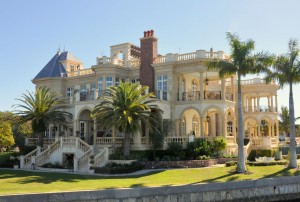 followed two sailboats through a drawbridge 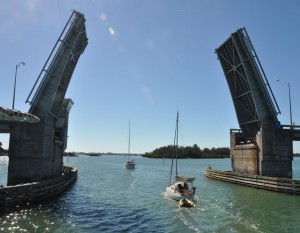 and had a Bloody Mary and beer from the boat’s topside bar.

However, by the end of our first hour on the water, while we’d had an interesting lecture on dolphins;

• Oceanic dolphins are also referred to as ‘true dolphins’ and are the most diverse group of cetaceans.

• Although these dolphins have teeth, they use them to grasp their prey, rather than chewing it, and they swallow their prey whole.

• Like other toothed whales, common dolphins use echolocation to find their food.

• They have unfused neck vertebrae, which means they can turn their heads 180 degrees.

• Dolphins are extraordinarily intelligent animals who also display culture, something which was long-believed to be unique to humans.

• Dolphins are altruistic animals. They are known to stay and help injured individuals, even helping them to the surface to breath.

• Dolphins sleep by resting one side of the brain at a time. This allows them to continue rising to the surface for air and to keep an eye open to watch out for predators.

• Dolphins can jump as high as 20 feet out of the water.

• The “killer whale”, or Orca, is actually a dolphin.

• They are different from porpoises:

While dolphins can be 10 feet long (or longer!), porpoises are rarely longer than 7 feet. Dolphins also tend to be leaner and sleeker, while porpoises are more compact and often look chubby in comparison.

Dolphins usually have beak-like, pointed snouts, while porpoises have blunt, rounded noses. Porpoises have triangular dorsal fins, like a shark. Dolphins, on the other hand, have dorsal fins that are more curved like a wave.

The teeth of the two animals offer an easy way to tell them apart. Porpoise teeth are flat and rectangular. Dolphin teeth are cone-shaped.

While the physical differences between dolphins and porpoises can be subtle, the differences in the way they behave are more obvious. Dolphins live in large groups and show little fear of humans. They are outgoing and will often interact with humans and even swim alongside boats.

Porpoises, on the other hand, live in small pods of two to four animals and are quite shy. They rarely approach boats or people. In fact, you rarely see them at the surface unless they’re coming up to breathe. If you’ve ever seen an animal at a marine show, it was almost certainly a dolphin, not a porpoise.

The life expectancy of dolphins and porpoises is also quite different. While most porpoises only live 15 to 20 years, dolphins can live up to 50 years or more. Scientists believe this difference may be caused by the fact that porpoises reproduce faster than dolphins and it takes a toll on their bodies.

we had yet to see any and began wondering if the local population of Atlantic Humpback Dolphins had gotten the memo they were on our tour. 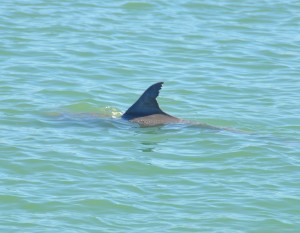 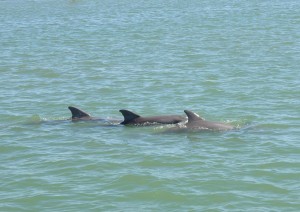 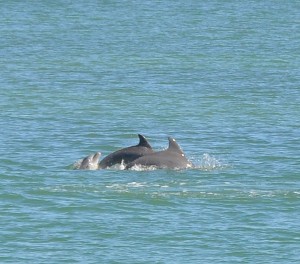 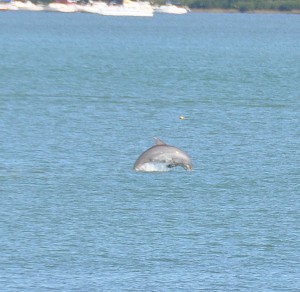 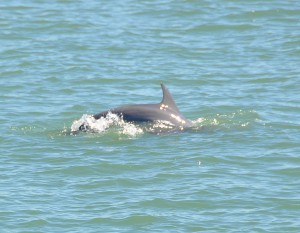 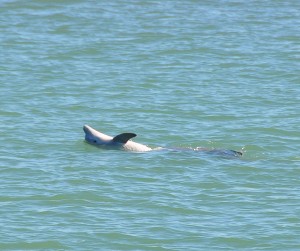 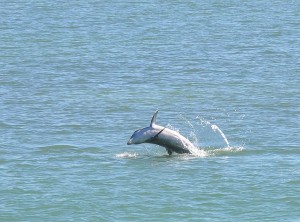 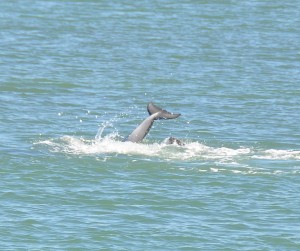 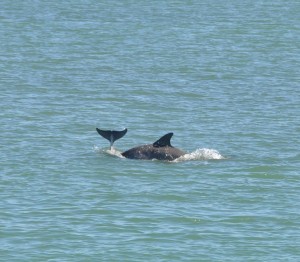 All in all, a great time!

Then, returning to our car, Kate found a $35 ticket on her windshield. Somehow, when she’d parked the car had missed a sign just feet away! 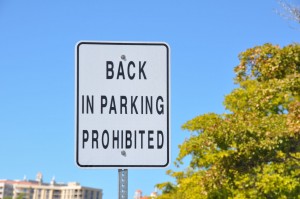 From there, we drove to St. Armand’s Circle; beautiful area, the Circle surrounds a quiet tree-covered park, known fittingly as Circle Park. The outside of the large circle is lined by typically up-scale shops, restaurants, and other businesses giving the area its Main Street charm, albeit in a unique circular configuration.

We had lunch at 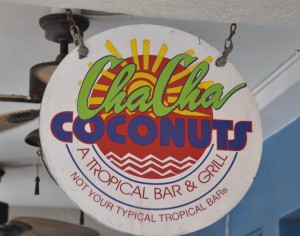 Along the center of John Ringling Boulevard and the Boulevard of the Presidents are wide medians with park-like features including trees, brick paths, benches, and most interestingly, classic-themed statues. Many of the statues date back to the twenties and reflect John Ringling’s belief in bringing art and culture to the city of Sarasota. Today the statuary helps give St. Armand’s Circle its unique flavor. 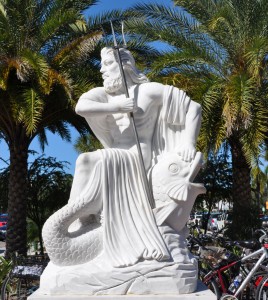 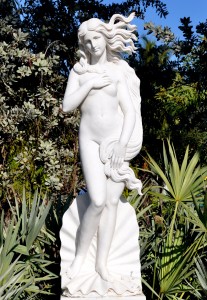 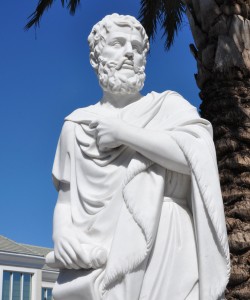 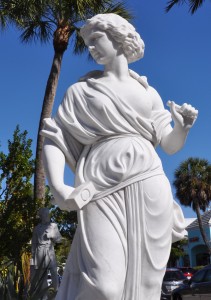 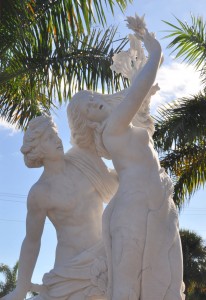