This is the first of what might ultimately be several non-RV posts; detailing a visit to a state capitol, most of which we have toured when traveling in our motorhome.

This morning, Debbie mentioned that, while we have visited state capitol buildings hundreds, and in some instances thousands of miles from home, we had not toured New Jersey’s capitol, less than five miles from where we were sitting.

Built in 1792, the New Jersey State House is located in Trenton and is the second-oldest state house in continuous legislative use in the United States; only the Maryland State Capitol in Annapolis is older … as original Senate Chamber has been renovated and now is the Governor’s private office (where no photography was permitted). 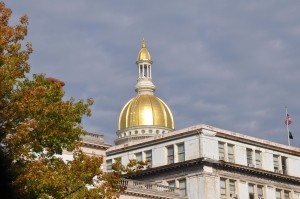 It is unusual among state capitol buildings in the United States, the majority of which are reminiscent of the United States Capitol Building. The building is shaped like a sideways H, with a golden dome over the cross-bar of the H and with a long wing extending westward towards the Delaware River. 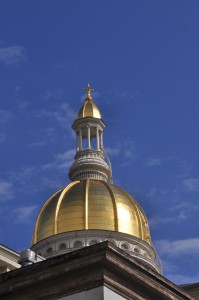 The building, designed by Philadelphia-based architect Jonathan Doane, was covered in stucco, housed the senate and house chambers on either side, and measured 150 by 50 feet. Subsequent additions were made to the building during the 19th century

To the rear of the building, a number of architecturally dissimilar, unusually-shaped additions have been added, which were later subject to attempts at renovation in order to match the style of the original wing. The State House is set not on a park-like campus, as are many state houses, rather it is integrated into an urban setting along historic State Street and is surrounded by other legislative buildings.

Viewed from the front on State Street, the dome is scarcely visible and there is little sense of the scale or design of the building. 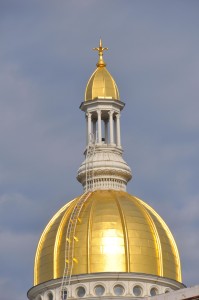 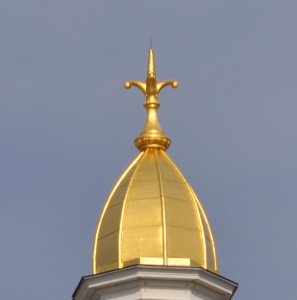 You enter the building 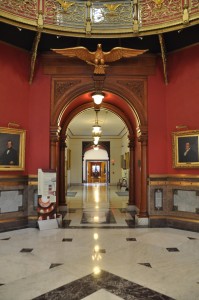 Which, while rising only 100’, is among the smaller such chambers of the some twenty we’ve visited. 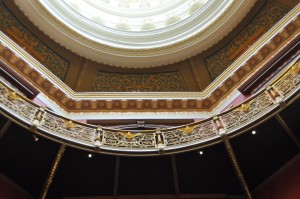 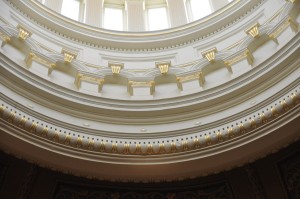 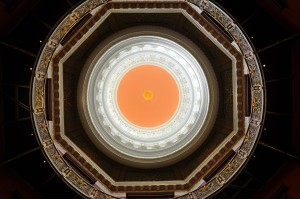 Gracing the building are several busts and statues, including that of former New Jersey Governor, president of Princeton University and U.S. President Woodrow Wilson 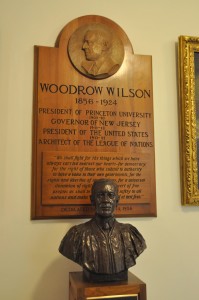 and several stained glass windows (one with the state seal). 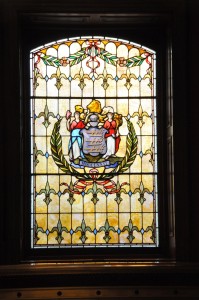 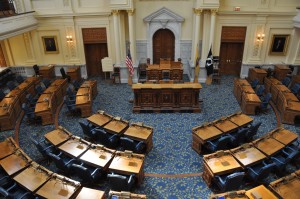 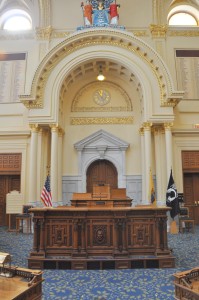 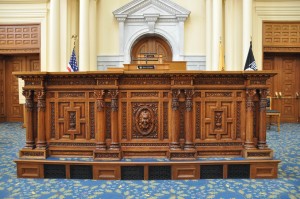 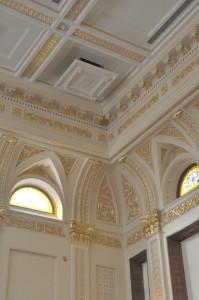 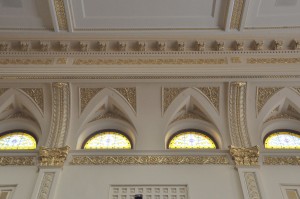 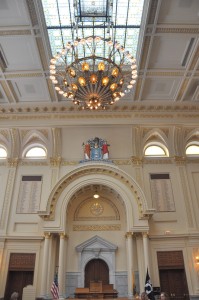 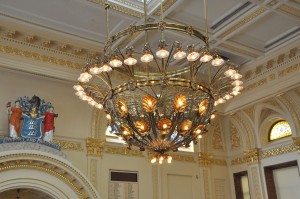 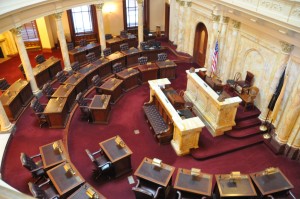 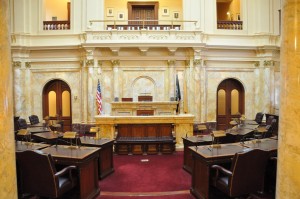 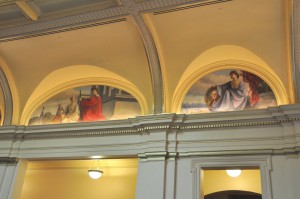 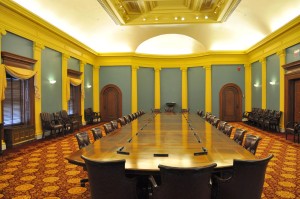