September 9, 2014 – A ong Voyage from Elkins WV to Wellsville PA

Here’s one day’s travel that I totally misjudged. Instead of around 220 miles, we were looking at 300 miles and, as it turned out over one hill after another, climbing and descending up to 2,500 feet at a time and along roads with more curves and U-turns than almost any roads we’ve ever driven … many at just 15-25 MPH.

Once in Virginia, we descended into several long stretches of roadway which intermittently ran through corn and soy fields 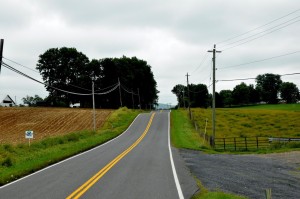 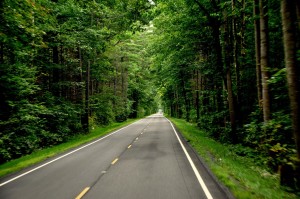 We were also a bit amazed at the number of cattle, sheep and goat herds we passed. 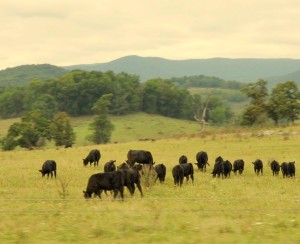 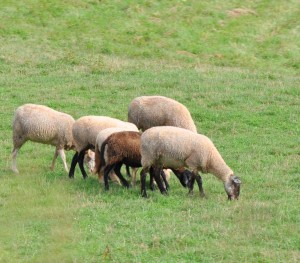 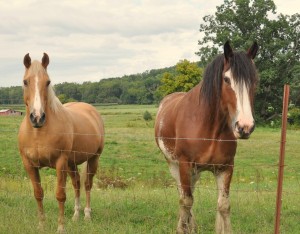 Ah, you got me! No, these are not goats … which we saw frequently but seemed to “blow” past before we could get any photographs

The only true wildlife were a “rafter” (technical name for a group) of turkeys. 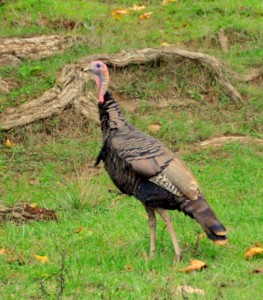 Once on I-81, Debbie and had just been talking about how close semi drive behind one another, most likely drafting to conserve fuel. However, the risk is that if one truck suddenly jams on its brakes, the driver of a following vehicle has almost no time to react. As a result … 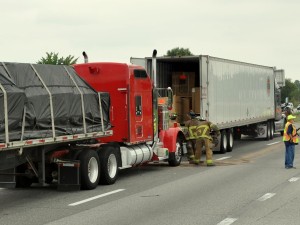 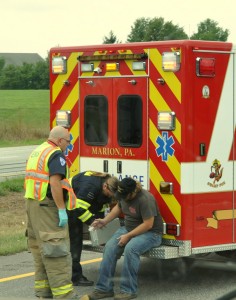 Fortunately, in this case, it appeared there were no serious injuries.

Debbie was able to capture yet another unidentifiable caravan 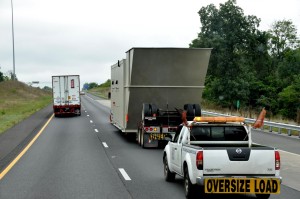 and men working high up on a water tower 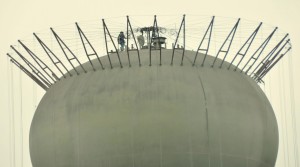 It’s amazing what she’s able to photograph while our motor home is driving down highways, around bends and over bumpy roads!

as well as an out-of-season candy cane. 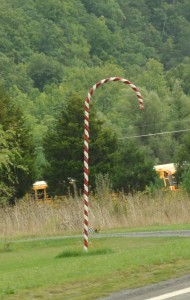 Nearing our campground, our GPS had a melt-down and wanted us to go in several directions we intuitively knew were away from our destination. Finally, after 8-plus hours on the road we reached Pennsylvania’s Gifford Pinchot State Park … only to discover that although advertised on-line, our site had no water or sewer and only 30-amp service. While not a real problem, it was a bit annoying after a long day.

However, after a couple glasses of wine (which one of the park rangers nicely advised that we had to drink inside our coach as PA State Parks are apparently alcohol-free) we were able to relax and enjoy the tranquil setting we will call home for the next couple of days. 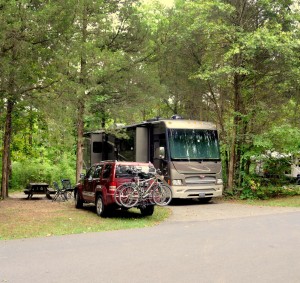