After driving back through Elkins, 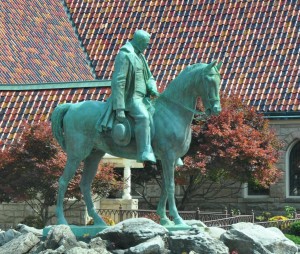 Henry Davis (a “robber baron”, State and U.S. Senator and the town’s founder) 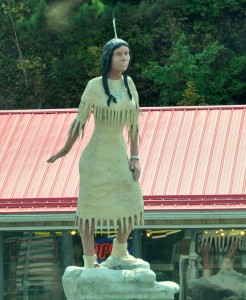 Minnehaha, (landmark for Hiawatha’s tourist store and for a major town intersection) 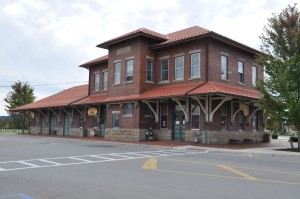 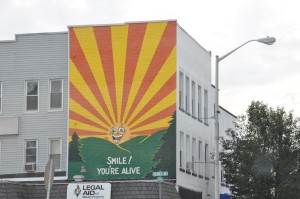 One of several building murals in Elkins

we stopped at the Visitor’s Center where a lovely lady gave us a wealth of information about the area, sights to see and places to eat. We opted to take a northern loop and were rewarded by some gorgeous scenery.

The first “real” town we hit was Parsons, which we discovered was home to Kingsford, the charcoal folks. 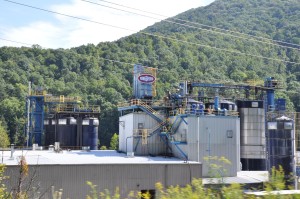 As you approach the town’s commercial district, the county courthouse looms above all else. 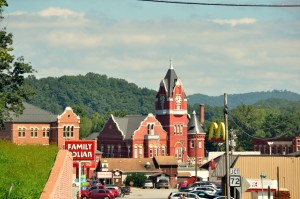 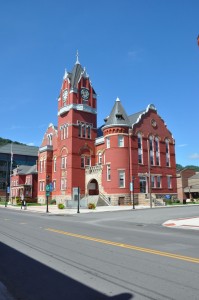 The original County Seat at St. George was forcibly moved to Parsons at night on August 1, 1893. With the construction of this brick courthouse (circa 1898-1900), St. George’s hopes of regaining the country seat were lost forever.

Unfortunately, much of the town shows the signs of a town past its glory days with its myriad of empty store fronts and abandoned buildings. 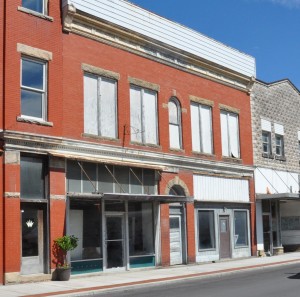 Parsons is also notable for two interesting anecdotes of history.

From there we passed through Thomas, with its several restaurants several arts & crafts shops and a decorative balcony. 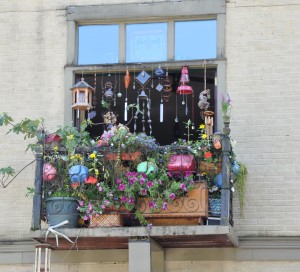 Crossing an unnamed 3,500’ summit, where we could look down onto valleys below 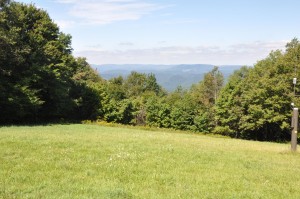 and at nearly eye-level with the blades of a large wind turbine. 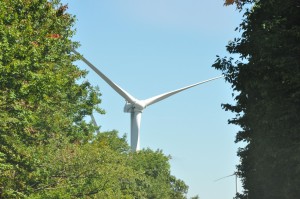 After a lunch at the Blackwater Falls Lodge, we hiked to two sites to view the falls. 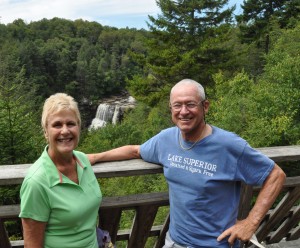 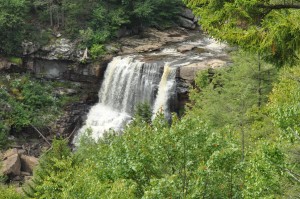 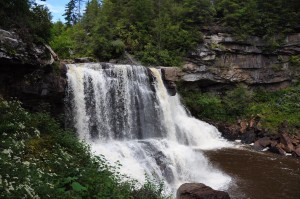 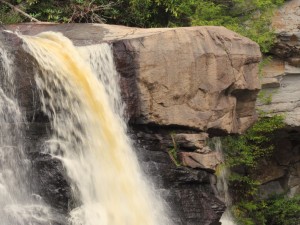 Note the face in the rock to the right. The orange-beige color in the falls is the result of tannin in the water

Davis (population down to 660) is another small community which appears to rely almost solely on tourists with its eclectic galleries … most likely spillovers from visitors to Blackwater State Park and Falls. 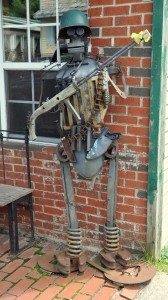 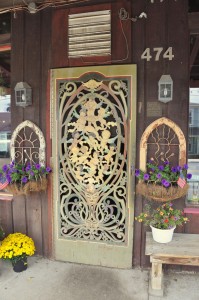 And, while I hate to be so repetitive, another very pretty sunset afterglow! 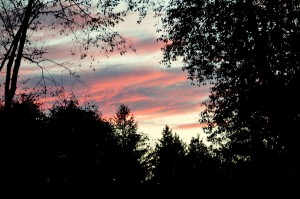