Another short day on the road took us past another inland lighthouse, 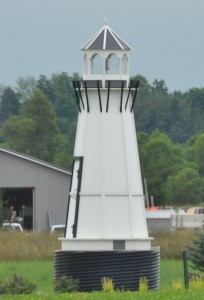 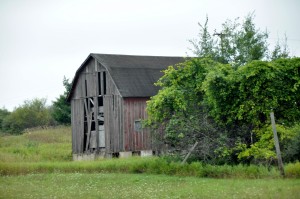 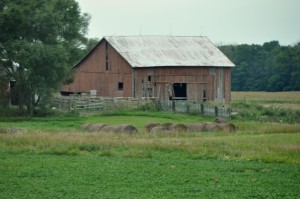 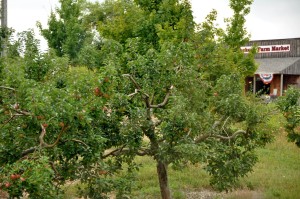 a painter capturing the color of the orchards, 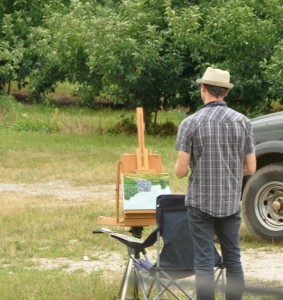 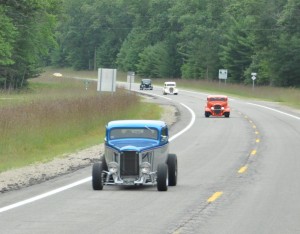 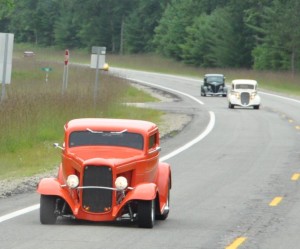 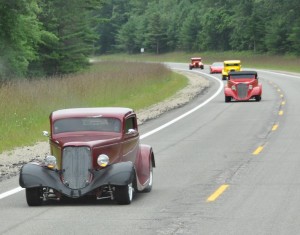 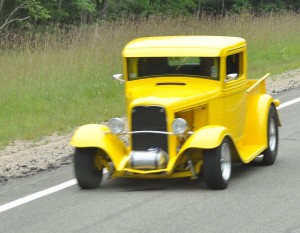 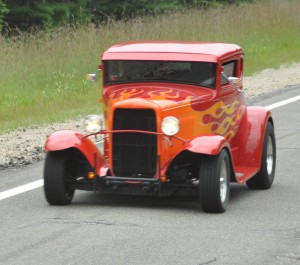 and, while we didn’t see the cow jump over the moon, we did see 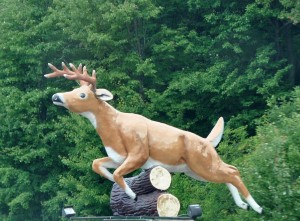 After dinner, we walked the campground and then drove to Sable Point to see the lighthouse 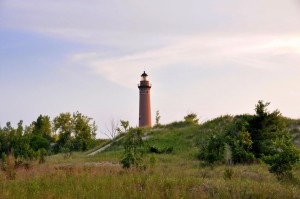 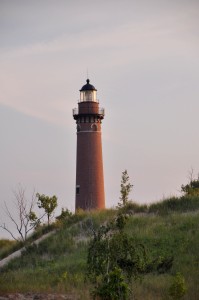 Increased shipping after the Civil War, largely due to the expanding lumber industry resulted in several shipwrecks off Sable Point. As a result, Congress approved funding for the erection of a lighthouse in 1872. However, due to the location’s inaccessibility by road delayed completion of the lighthouse until 1874.

The lighthouse used a third-order Fresnel lens positioned 108’ above the lake. The tower was painted white in 1899 to make it more visible to ships during the day and was restored to its original brick in 1970. In 1915 the original lard-burning wick lamp was replaced by an oil-vapor kerosene-burning lamp, visible for 19 miles. The lamp was electrified and automated in 1954. 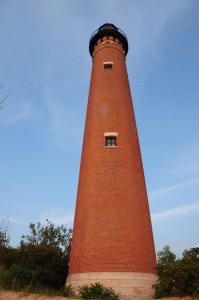 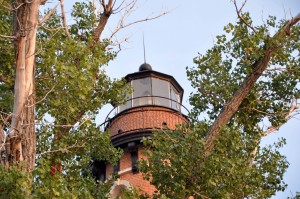 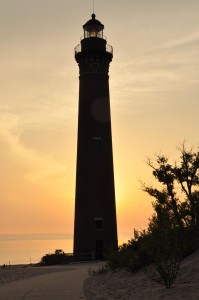 and watch the sunset. 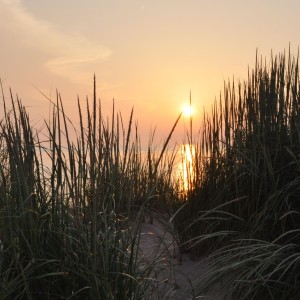 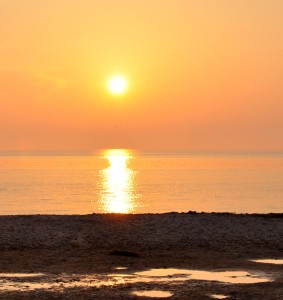 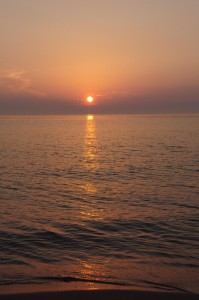 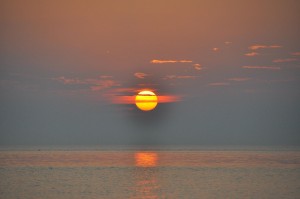 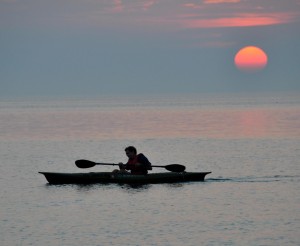 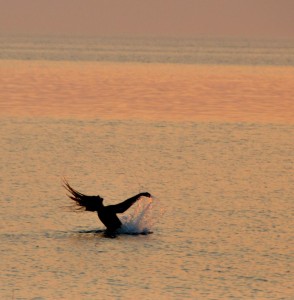 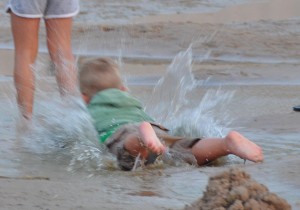 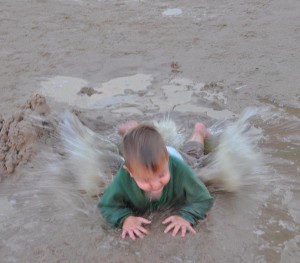 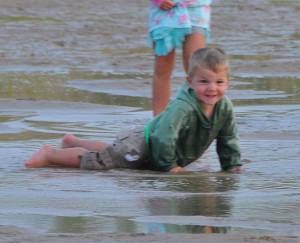