The following photos are courtesy of one of our traveling companions, John Wilhelm.

As mentioned in an earlier post, the bridge has two decks … one of which was originally used for trains. With the train service discontinued many years ago, both decks can be used for vehicles.

Normally, the lower deck is leveled with the upper roadway for cars and trucks traveling along north from Houghton to Hancock and the Keweenaw Peninsula and visa-versa. 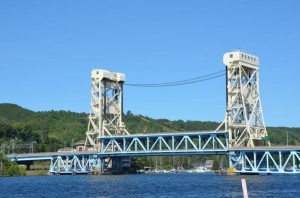 The permits the bridge to be raised quicker to permit boats to pass underneath than if the lower deck were being used. 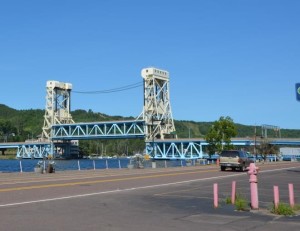 Notice the semi on the far right of the picture

In this sequence, however, the bridge span is slowly being lowered 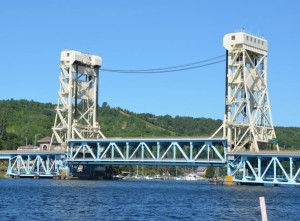 The permitted the semi to cross the canal on one level simultaneous with regular traffic to cross above it. 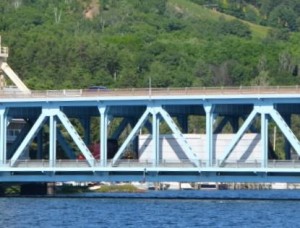 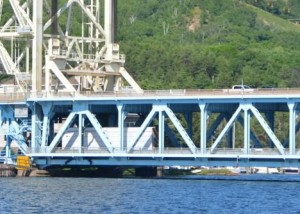