Bob, MJ, Debbie and I drove to Beaufort to take a tour of this historic city, the second oldest in the South.  Located on Port Royal Island, in the heart of the barrier Sea Islands and South Carolina’s Low Country, it is  renowned for its scenic location and for maintaining a historic character by preservation of its antebellum architecture. 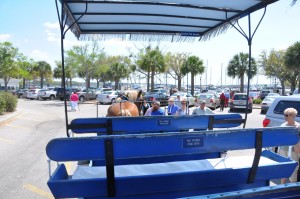 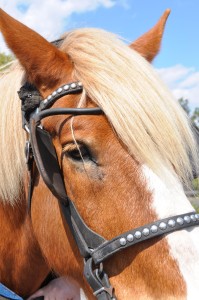 Our tour guide was suburb.  However, listening to her narrative describing the history of the city, its people and the many buildings was akin to drinking from a fire hose. 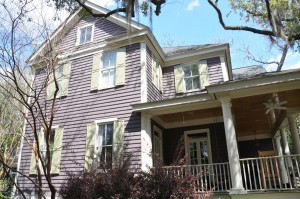 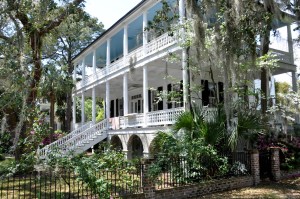 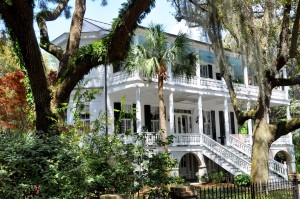 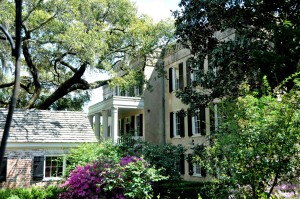 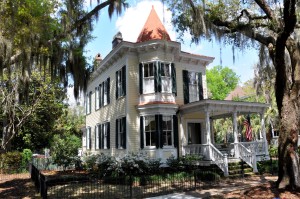 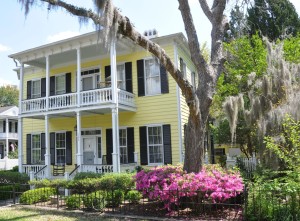 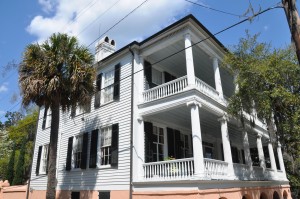 Secession House – Edmund Rhett, along with his brother Robert Barnwell Rhett (1800-1876), lawyer, state representative, state attorney general, U.S. congressman and senator, was an outspoken champion of state rights and Southern nationalism from the 1830’s to the Civil War. This house, long known as “Secession House,” was the scene of many informal discussions and formal meetings during the 1850’s by the Rhetts and their allies advocating secession and Southern independence.

We also learned a bit more about the painted porch ceilings on many of the antebellum homes throughout the South.  While there are black, green and purple ceilings, the most dominant color used in blue. 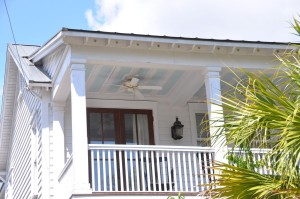 In the South, ceilings were painted blue for a different reason. Southerners, especially in the area of South Carolina have a name for the ceiling paint used on porches. This soft blue color is referred to as “Haint Blue.” Haints are a spirit or ghost and many people paint their porch ceilings “Haint blue” to drive off those evil spirits. Other theories kicking around internet chat boards seem to suggest that a blue porch ceiling was an extension of the sky, which is close to the Victorian reasons for choosing blue for their porch ceilings … while others believe that blue paint keeps away the bees, wasps, spiders, gnats and other critters who were “fooled” into thinking the blue paint was actually the sky, which wasn’t a safe place for a bug to loiter if it didn’t want to get eaten.

There are also some historic churches throughout the city, including 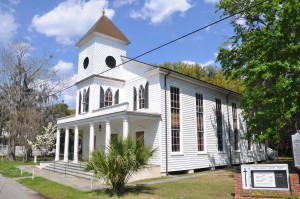 The First African Baptist Church, founded in 1865, grew out of an antebellum raise house for black members of the Baptist Church of Beaufort. During the Civil War and after the Federal occupation of the town, it hosted a school for freedmen 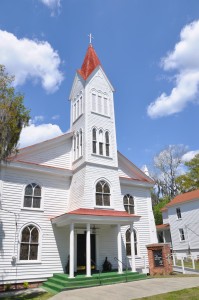 The Tabernacle Baptist Church as formed by black members of the Beaufort Baptist Church after other members evacuated the area after the Federal occupation in 1861. The church’s lecture room was used for services during the Civil War. In 1867, the black congregation bought this property from the Baptist Baptist Church. 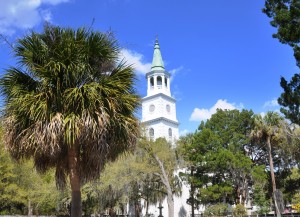 St. Helena’s Episcopal Church was established by the Act of the Assembly on June 7, 1712 and was the first Protestant Church in Beaufort. The parish suffered greatly during the 1715 Yemassee Indian attack and, as a result, the building was not completed until 1724. 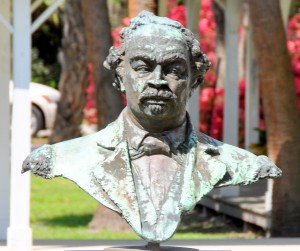 Robert Smalls (April 5, 1839 – February 23, 1915) was an enslaved African American who, during and after the Civil War, became a ship’s pilot, sea captain, and politician. He freed himself, his crew and their families from slavery on May 13, 1862, by commandeering a Confederate transport ship, the CSS Planter, in Charleston harbor, and sailing it to freedom beyond the Federal blockade. His example and persuasion helped convince President Lincoln to accept African-American soldiers into the Union Army. He was born in Beaufort. After the Civil War, he became a politician, elected to the South Carolina State legislature and the U.S. House of Representatives. As a politician, Smalls authored state legislation providing for South Carolina to have the first free and compulsory public school system in the United States, and founded the Republican Party of South Carolina and is notable as the last Republican to represent the state’s 5th Congressional District until 2010. 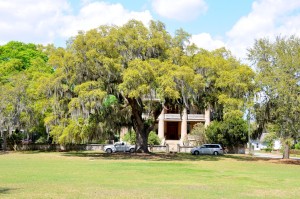 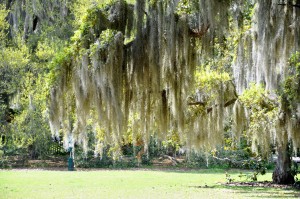 and Resurrection Ferns (an epiphyte, or air plant. It makes its home growing on other plants, but it still photosynthesizes the way other plants do). 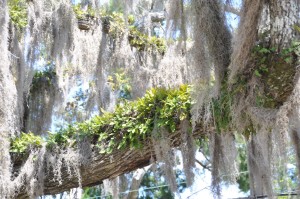 Live oaks whose branches ultimately reach the ground and replant themselves, a phenomenon rarely occurring before a tree is 300-400 years old, are called Angel Oaks. 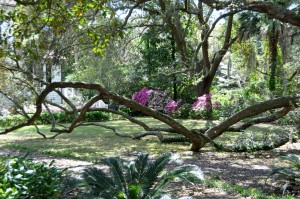 Meanwhile, the dogwoods and azaleas were in glorious bloom. 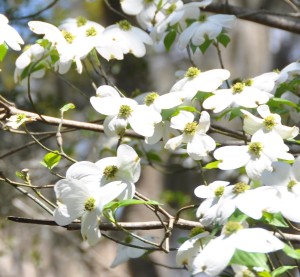 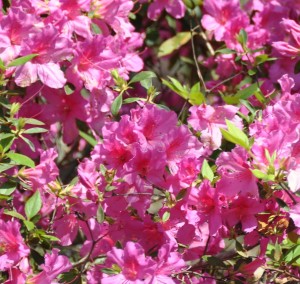 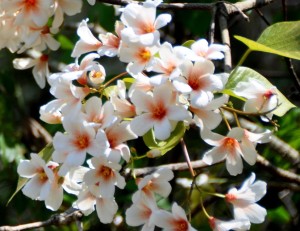 Throughout Beaufort, in lieu of the brightly-painted horses and cows which adorn other cities and towns we’ve visited, were many decorated mermaids. 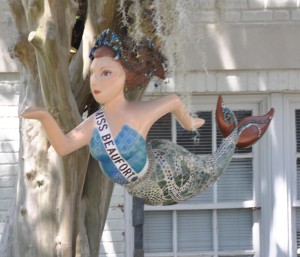 This evening we almost had a pretty sunset. 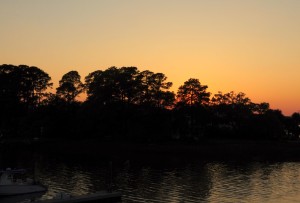