We finally were able to get together with Debbie’s brother, Dick, and his wife, Kate.
We enjoyed a delicious lunch at Linger Lodge, 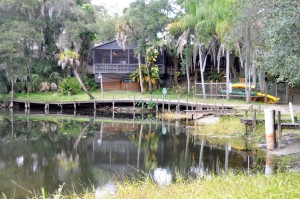 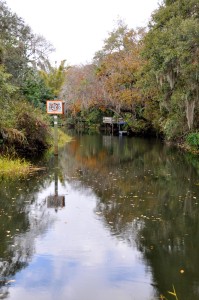 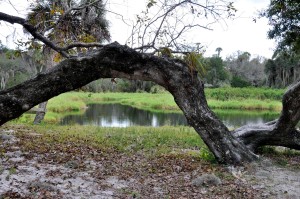 situated on 28 acres along the Braden River, Linger Lodge opened in 1945 as a campground and evolved over the years with an eclectic Old Florida feel. Its flavor in its food and decor earned it the distinction as one of the Most Unusual Restaurants in the World by Forbes.com. It also was featured on Travel Channel’s “Food Paradise” series, and Al Roker listed it as one of the “Top 5 Weirdest Restaurants in America.”

We then took in the 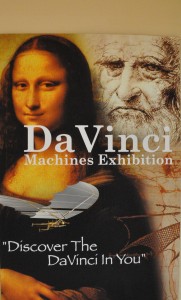 When you think of Leonardo da Vinci (1452 – 1519), the images of certain famous paintings automatically come to mind, such as (the following are reproductions) … 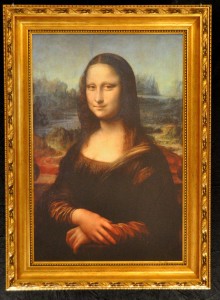 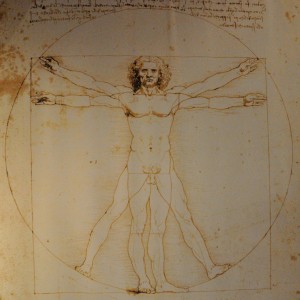 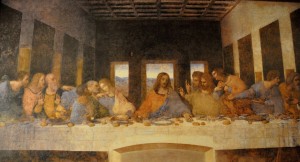 as well such famous sculptures as 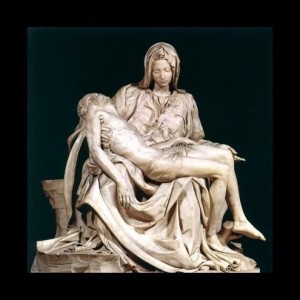 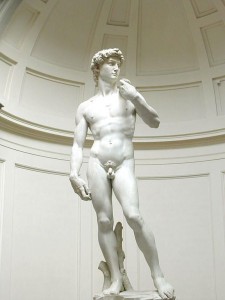 This exhibit focused on Leonardo Da Vinci, the inventor … the first true “Renaissance Man” and revered for his technological ingenuity.   Although relatively few of his designs were constructed or were even feasible during his lifetime, many were precursors of machines which were commonplace during the Industrial Revolution and are still in everyday use as well as many weapons of war still being used today (i.e., the helicopter, for example).  His drawings and [recently constructed] scale models of some sixty of his inventions were on display … a very few of which include: 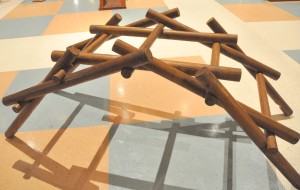 A bridge, probably intended for military use, remains standing without any kind of fastening, thanks to the ingenious technique of interlocking joints. This members of this bridge simply rest upon one another making it easy to assemble, disassemble and move from place to place. 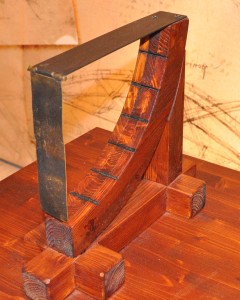 Early Anemometer – When the wind strikes the hinged metal plate, it pushed it backward. The greater the wind’s velocity, the further the plate is moved from its resting position. The force of the wind can be measured by reading where the metal plate lines up against the carved scale behind. 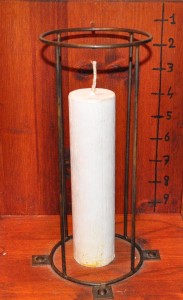 Telling the time at night was a problem until Leonardo designed this simple yet ingenious device, which combined a candle of a set diameter with a precise scale, enabling him to work out the time when he worked late at night. By determining the right wax, right diameter of the candle, right size wick and understanding the impact of temperature, humidity on burning rates, he was able to design an accurate time scale. 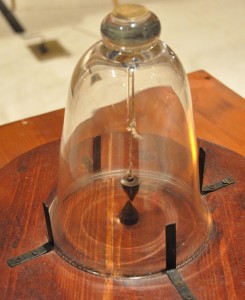 This instrument was designed to help regulate flight. Its purpose is to show if an aircraft is flying level or at an angle. It consists of a pendulum suspended inside a glass bell to protect it from the effects of air currents. 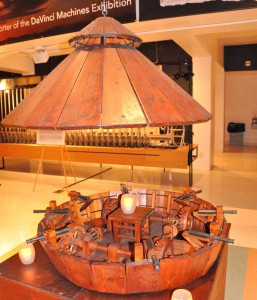 This armored vehicle is powered by all four wheels using a system of lever and gears worked by eight men and had canons positioned all around its perimeter enabling fire in all directions. Shaped like a tortoise shell, this prototype of today’s modern tanks protected the soldiers inside. 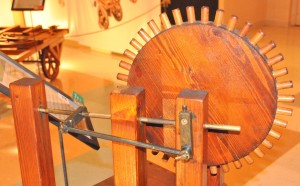 Many of Da Vinci’s machines required one type of motion to be transferred into another mode of movement. Here, he has designed a device to change the circular motion of the crank into alternating, linear motion … a common requirement in many of today’s machines and vehicles. 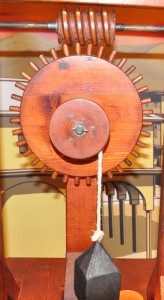 Da Vinci invented the universal screw mechanism as an effective and safer way to lift heavy objects – effective because it spread the work load evenly through the mechanism and safer because as it stops the toothed wheel from suddenly spinning backward if the handle is dropped, thereby preventing accidents where the weights could fall on people below. 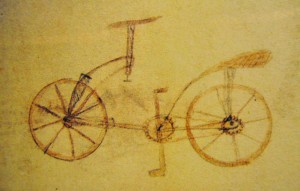 One of the great mysteries surrounding Leonardo’s life and work … during the restoration of the Codex Atlanticus (A twelve-volume, bound set of drawings and writings by Leonardo da Vinci, the largest such set; its name indicates its atlas-like breadth. It comprises 1,119 leaves dating from 1478 to 1519, the contents covering a great variety of subjects, from flight to weaponry to musical instruments and from mathematics to botany), the above drawing was found between two glued-in pages. The lack of detail in the drawing and the signature of Leonardo’s pupil, Salai, lead scholars to believe that Salai may have drawn this image by sketching a model seen in his master’s workshop, a common practice for apprentices of the time. Notes and other sketches found in the Codex clearly demonstrate that Leonardo had all of the technical knowledge required to build this bicycle. 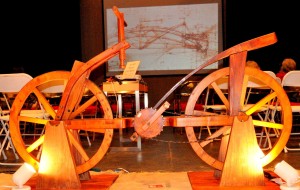 Meanwhile, beyond the some sixty inventions on display at the exhibit, I was able to discover drawings and descriptions of many of them as well as other Da Vinci’s machines at http://www.leonardo3.net/leonardo/machines_eng.php.

Leonardo was also a student of science. Leonardo’s first-hand observations of fossils 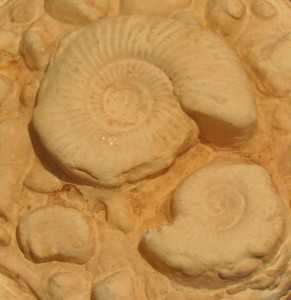 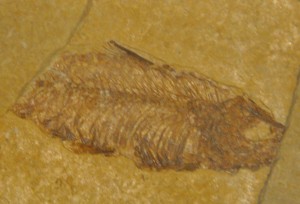 and certain types of rocks in the mountains led him to conclude that the sea once covered what was not land, leading him to the realization that the Earth’s surface undergoes constant transformations and the sea beds could be pushed up to form mountains … a theory remarkably in line with modern plate tectonics.

This evening, while checking my email, I noticed one from the bank with which we have our Visa card (which I tend to use almost exclusively) indicating some “suspicious activity” on the account.  Seems as if my card number was “compromised” and sold to someone in Michigan who ran up three grocery charges totaling $175 … about the cost of just one fill-up at the gas station for our motorhome!  Unfortunately, this is the fourth time we’ve had our Visa card number “stolen” however, fortunately, our card’s bank fraud department has been extremely alert and spotted the erroneous charges almost immediately and credited our account for the fraudulent charges!

This entry was posted in Albuquerque Balloon Fiesta, Albuquerque, NM. Bookmark the permalink.