After realizing how close Venice 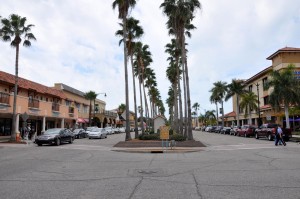 is to our Bradenton campground, we visited with Donna and Henry Holzaphel, 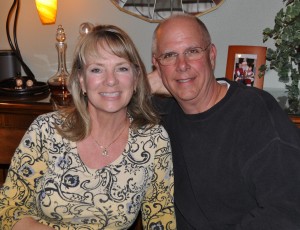 friends from both Yardley and Langhorne whom we’ve not seen in more than seven years. 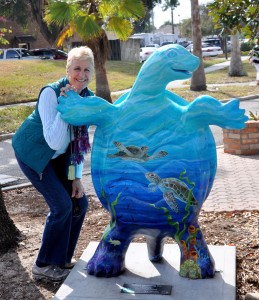 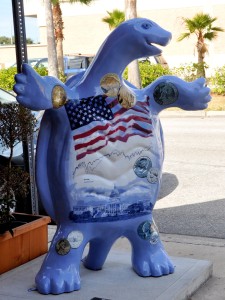 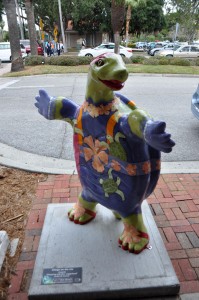 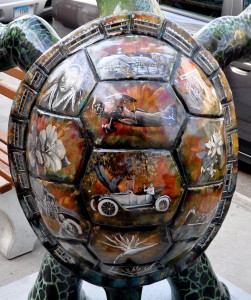 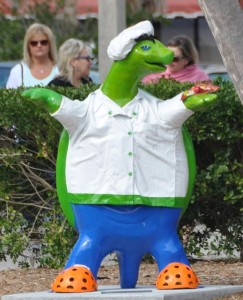 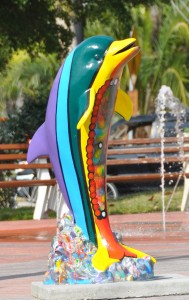 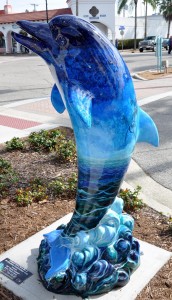 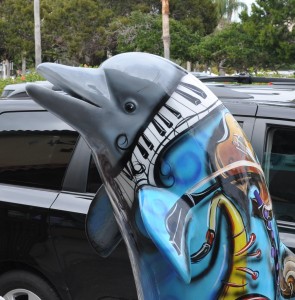 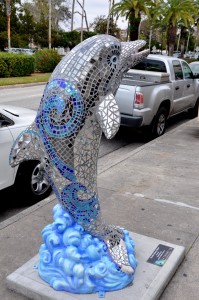 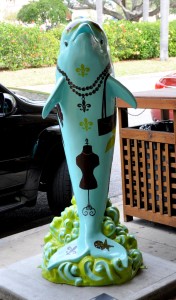 Wandering through a crowded street fair, we saw some overly-pampered dogs 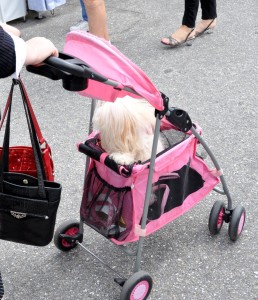 and a couple with their pet white cockatoos on their shoulders, one of whom had left a “souvenir”  on its owner’s jacket. 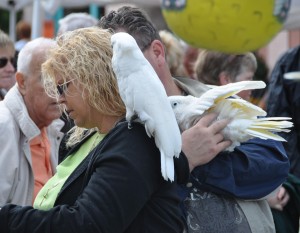 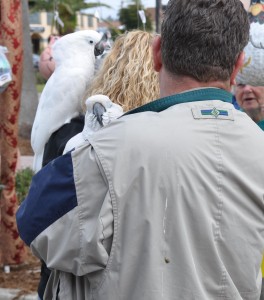 Meanwhile, guess who I ran into? 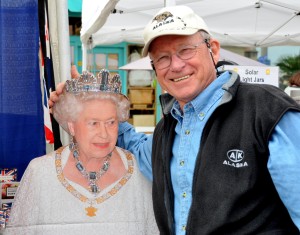 Leaving the town center, we passed a real, vintage and honest-to-goodness 1950s year “Woody”, complete with a surfboard strapped to the roof. 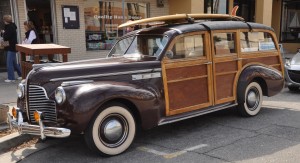 Our next stops were at several points along Venice Beach. 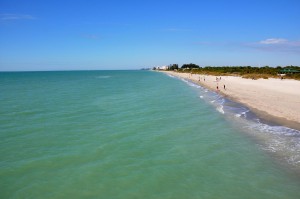 Interestingly, the sand was more grainy than we’d expected, particularly after having walked on the incredibly fine-grained sand on some of Florida’s beaches along the state’s panhandle. 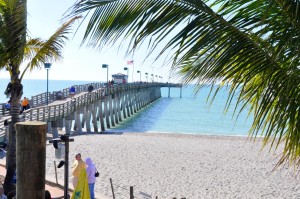 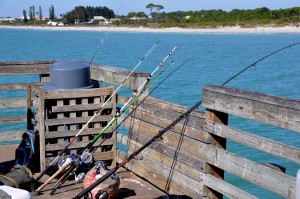 Fishing poles on the pier 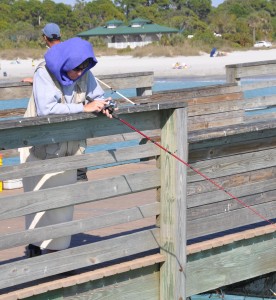 One of dozens of folks fishing from the pier 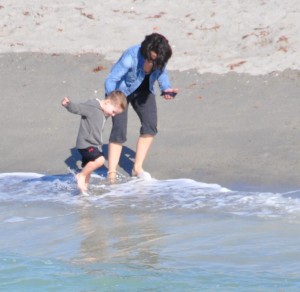 A mom with her son at the water’s edge 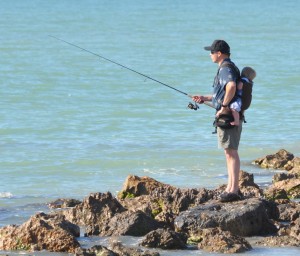 A father babysitting while fishing

And, there were also hundreds of birds to enjoy, many so comfortable around people that we could approach to within a foot or two of them. 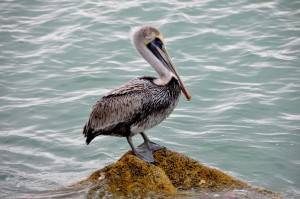 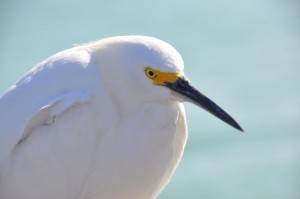 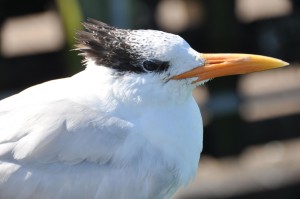 On our way home along a bike trail bordering the Inland Coastal Waterway, my cell phone rang.  Well, I NEVER touch my phone while driving our motor home and almost never answer any phone calls while driving our cars.  So whatever made me pull it out is a mystery … but I did.  About the same time, I wisely decided to brake, unfortunately, however, while still holding my cell phone in my right hand, I had to brake with my left hand which controlled my very sensitive front brake … bringing my front wheel to a sudden stop.

Unfortunately, thanks to Newton’s First Law of Motion (Every object in a state of uniform motion tends to remain in that state of motion unless an external force is applied to it) both the rear of the bike and the rider continued on their journey, unhindered by the bikes sudden stop …

As I began to go sailing over the handle bars, I knew I was in trouble!

By some miracle, the only damage to my bike was two minor scratches and to my camera which was slung over my shoulder and hanging under my right arm were two scrapes.

My impact with the ground was, however, painful!  While trying to assess whether my condition and Henry asking whether I’d broken my leg and trying to determine if I’d cut my head, I heard Debbie suddenly said, “don’t get that blood on your shirt!”

Fortunately, the blood was coming from a small cut on my left pinky finger with which I’d rubbed on  my  head.  Other than scrapes on both knees and a painful bruise on my right thigh, my legs were fine.  My right palm was sore as somehow I’d used it to help brake my trajectory toward the concrete.   As I’d apparently rolled to my right on impact, my camera was caught between my right arm and chest, I’ve got some pretty sore, bruised ribs which I suspect will take some time to fully heal.

Based on the description of my accident from Henry who was riding just behind me, I’m damn lucky to have walked away with as little personal and equipment damage as occurred!  I did learn, however, to never again reach for my cell phone while riding a bike until it has come to a controlled stop!