Today we entered Florida’s “horse country” to visit with my cousin Chris and his new wife, Melanie, 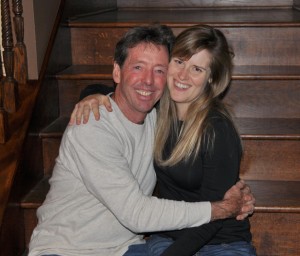 on their recently purchased horse farm in Reddick, just outside Ocala FL.

After getting acquainted with their three horses 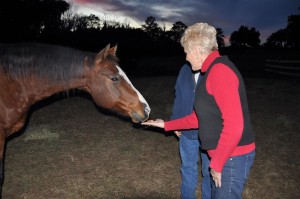 We had a great meal at a local “hot spot” for the horse in-crowed. 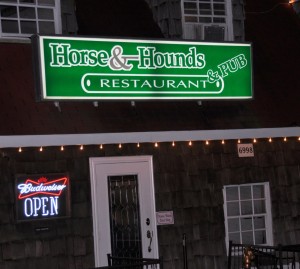 We took a drive to HITS (Horses In The Sun), a large horse event in Ocala where scores of riders were getting in some final practice with their horses for an upcoming jumping event. 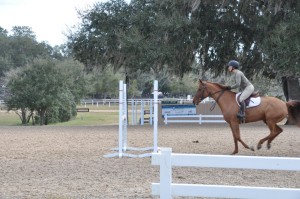 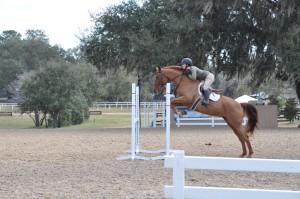 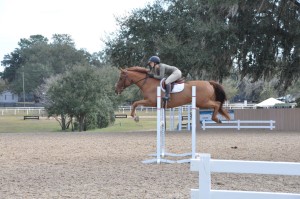 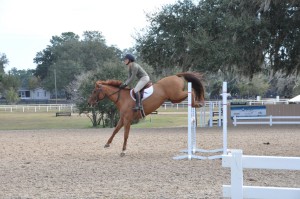 While there, Chris provided us with a lesson about “leads” and how horses trot, cantor, walk and even jump.  Until then, Debbie and I thought they simply trotted or galloped randomly.  Who knew it was so technical … 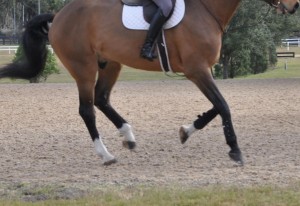 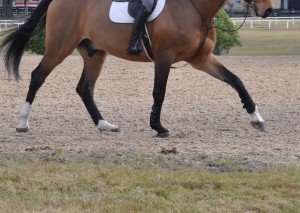 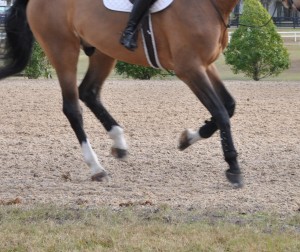 Lead refers to which set of legs, left or right, leads or advances forward to a greater extent when a  horse is cantering, galloping or leaping … with the feet on the leading side touch the ground forward of its partner (on the “left lead”, the animal’s left legs lead).

A lead change refers to a horse, moving in a canter of gallop, changing from one lead to the other.  There are two basic forms of lead change: simple and flying.  It is very easy to define the correct lead from the incorrect lead. When a horse is executing the correct lead, the inside front and hind legs reach farther forwards than the outside legs.

In a transverse or lateral or united canter and gallop, the hind leg on the same side as the leading foreleg (the lateral hindleg) advances more.

In a rotatory or diagonal or disunited canter and gallop, the hind leg on the opposite side (the diagonal hindleg) advances more. In horses, it is more often than not an undesirable gait form, also known as rotary and round galloping, and as moving disunited, cross-firing, and cross-cantering. In animals such as dogs, deer, and elk, however, this form of the gait is the norm

Some authorities define the leading leg in the singular form as the last to leave the ground before the one or two periods of suspension within each stride. In these cases, because the canter has only one moment of suspension, the leading leg is considered to be the foreleg. Because in some animals the gallop has two moments of suspension, some authorities recognize a lead in each pair of legs, fore and hind. So when an animal is in a rotatory gait, it is called disunited,due to different leading legs in the front and hind.

We’re sure glad he didn’t give us a test later in the day!

We thoroughly enjoyed the area but tried to remain aloof from looking like some of the locals! 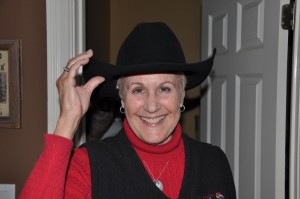 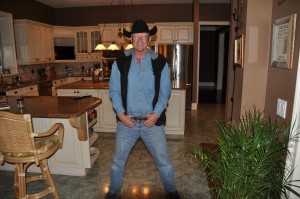