Saturday – January 11th – We began our day with a walk around the park with another couple and a member of the park’s staff. 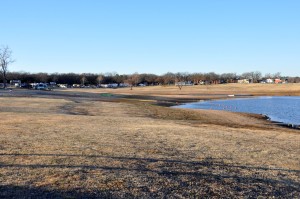 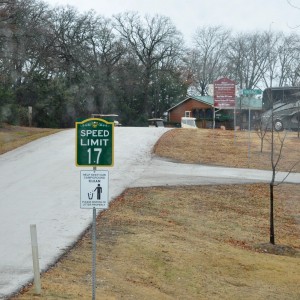 Why?  Well, as many campers at campgrounds have golf carts.  So, the park’s management measured the maximum speed all of the golf carts in the campground with a police radar gun.  The fastest was 17 MPH … ergo, that became the campground’s speed limit.

Then we decided to wash out coach which had gotten absolutely filthy during our ride in the rain from Abilene yesterday.

Meanwhile Edward from Chip Away Auto Glass arrived on schedule to try to repair the damage done to our windshield, one ”ding”, is beginning to send expand into a crack running up from the bottom of the windshield.

Around noon, Charlie Chitwood, who is now the president and chief executive officer of Smart Bug Corp, a company my late cousin Jack Kelly and I founded in 2003, was in the Grapevine area stopped by to see us at our campground.  Interestingly while I have spoken to Charlie hundreds of times, today was the first time we’ve met face-to-face. 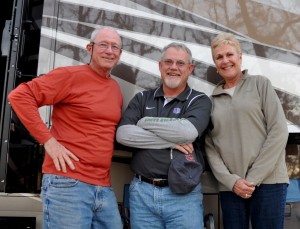 Dallas-raised, he took us on a brief tour of the city, including a brief drive-by of the JFK assassination site in Dealey Plaza.  We enjoyed a long Mexican food lunch at 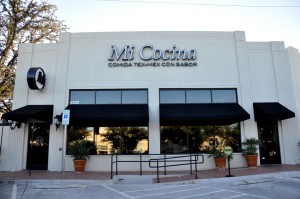 Charlie also left us with an interesting tidbit … that, apparently, according to the terms under which Texas entered the Union, it’s state flag can fly at the same height as the American Flag unless on the same flag pole. 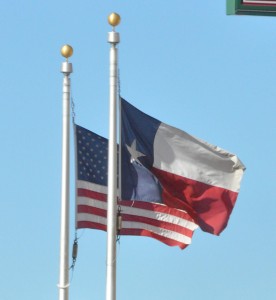 Friday- January 10th – Today was a rare day in that it rained off and on during our drive from Abilene.  Again, we passed by some dying towns. 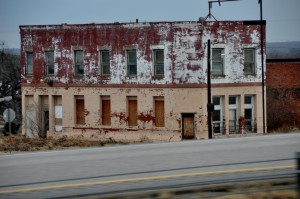 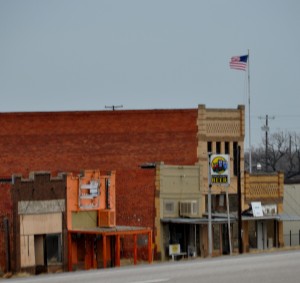 On Interstates most of the way, we made excellent time until we hit the construction on I-820 north of Fort Worth where we encountered one of the most complex matrix of overpasses and  exit ramps we’ve seen in a long time. 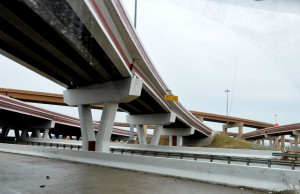 Exacerbating the lane limitations and drizzle, were several accidents 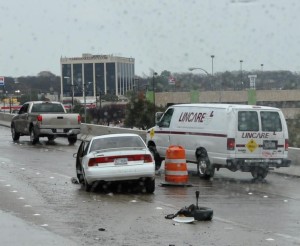 which had the traffic backed-up for several miles. 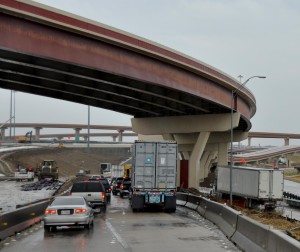 Once off the highways, the drive was short and we found our campground, actually a park, 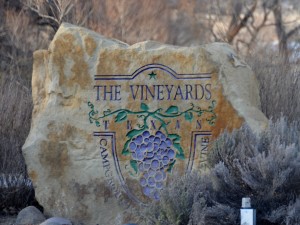 which sits across from a large marina (with a surprisingly large percentage of sailboats) on a bay of the 8,000 acre Grapevine Lake. 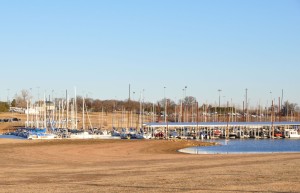 This evening, we got together with David and Betty Baxley 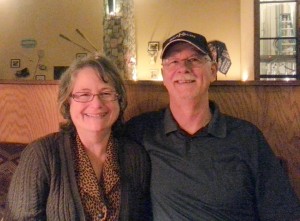 It was David’s company, AdventureTrek that hosted our unforgettable Alaska RV caravan in 2011

for a delicious dinner at Uncle Buck’s Steakhouse and Microbrewery. 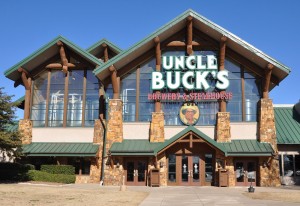 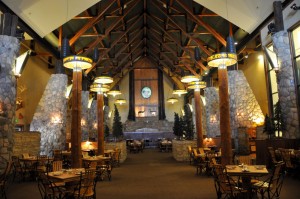 In the upstairs bar, several humorous signs adorned the walls. 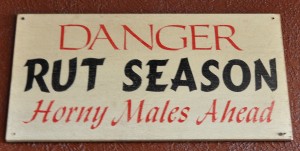 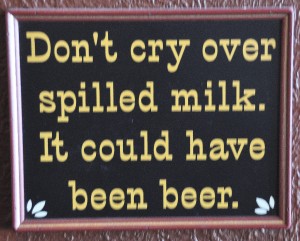 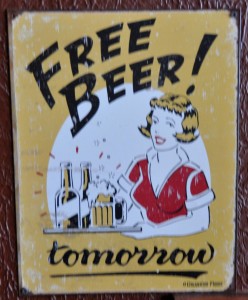 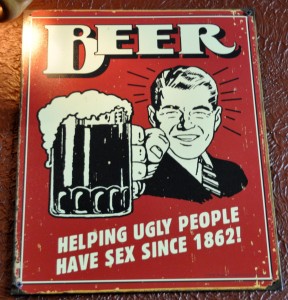 While I would love to photograph each of these magnificent animals in the wild, as opposed to them as trophies, 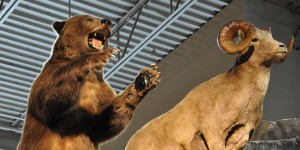 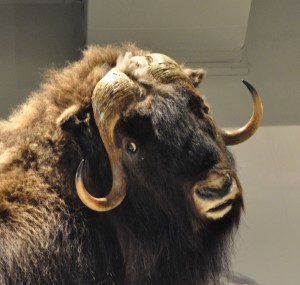 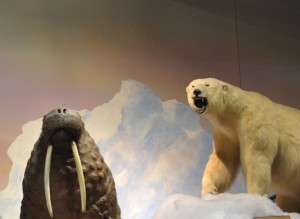 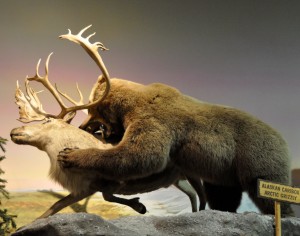 I simply don’t understand why people feel the need to kill them for sport!