We awoke to 19o temperatures and frost on our Jeep this morning. 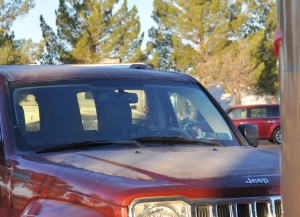 Leaving Van Horn, we were caught up in Rush Hour traffic 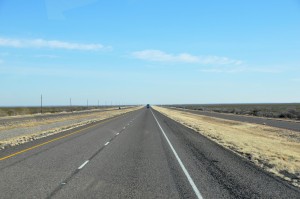 which eventually subsided making our trip a bit more relaxing despite the hills! 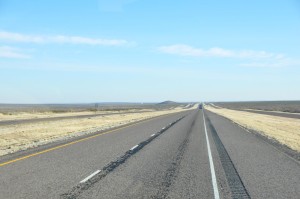 Just east of Kent, we exited northeast on I-20, past some pretty depressing towns, such Toyah, where it seemed nearly every building was abandoned and falling down. 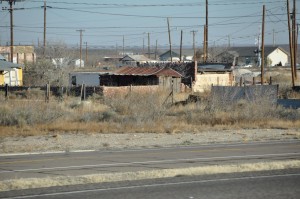 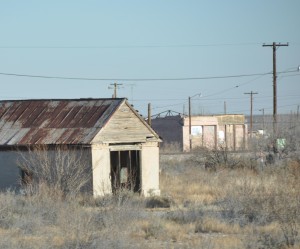 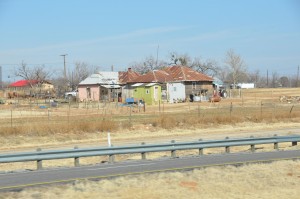 Almost as an oxymoron, the concrete banks of one of the bridges were freshly painted. 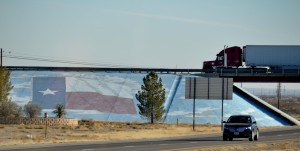 Shortly thereafter, we entered the west Texas oil patch and a forest of Jack oil well pumps together with the electrical infrastructure to support them and tanks to store their production 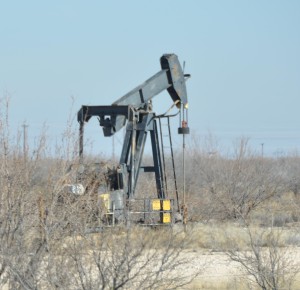 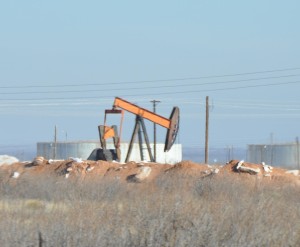 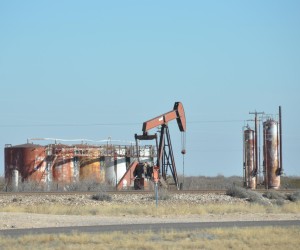 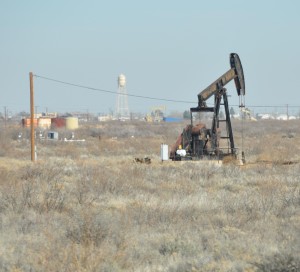 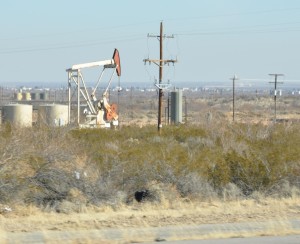 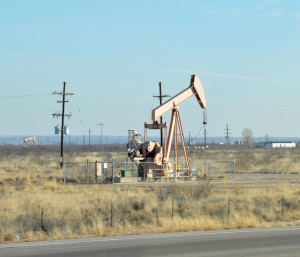 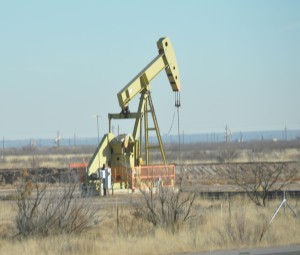 which ran in all directions to the horizons for more than 100 miles from south of Pecos to north of Odessa and Midland.

Amid the oil and gas production, we were surprised at the enormous acreage dedicated to cotton growing. 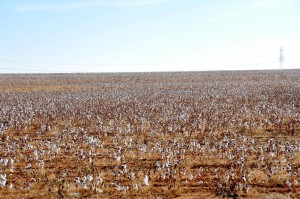 But, fossil energy is only part of the West Texas energy mix. 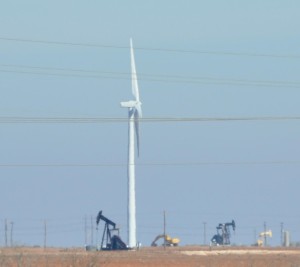 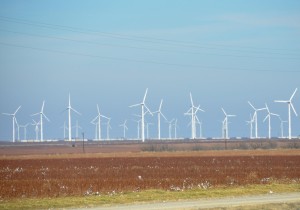 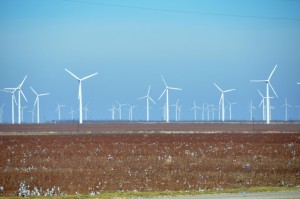 During a stop for gas, we discovered that here in Texas cars can appear airborne while aircraft are relying on terrestrial transportation. 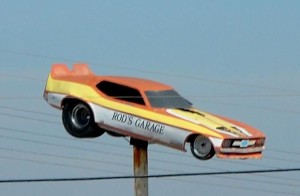 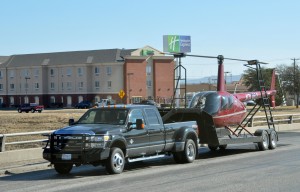 North of Midland, the landscape transitioned to farm and pasture land for Thoroughbreds and cattle 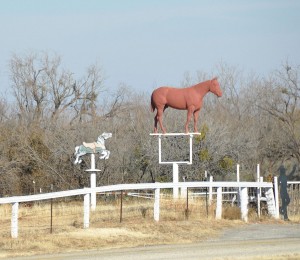 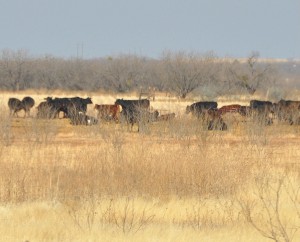 The day had its downside, however, when a large gravel truck passed us on a back road and kicked up several stones which impacted hard on the windshield of our motorhome.  Now, I need to get the “dings” repaired, hopefully in the next two days.