Sitting down this evening, it occurred to me that it was last August when I first suggested to Debbie that we might drive our motor home to Alaska “next year”.  Throughout our fall trip to New England and the Canadian Maritimes, I spent a fair amount of time doing some preliminary planning and investigating Alaskan RV caravans.

Now it’s nearly a year later and after a month in our 49th state, tonight will be our last evening in Alaska!  Tomorrow, we’ll cross back into the Yukon and begin our journey south.  We will, however, make two more one-day side trips into both Skagway and Hyder before leaving the caravan.

Leaving our campground this morning, we began to retrace our steps over the Alaska Highway.  Twelve miles east of Tok, we headed north over the Taylor Highway, a roller-coaster road, 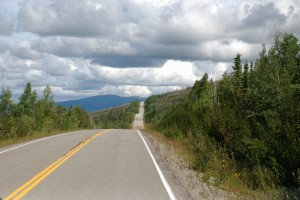 winding over and around mountain foothills, 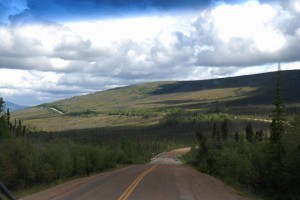 and strewn with many washboard-surfaced gravel sections and hundreds of frost heaves.

For the next sixty miles, other than the road, itself, and the occasional scenic pullout, some of which had informational markers, you could look in any direction and see no other evidence of man. 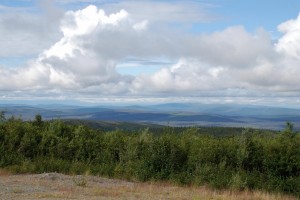 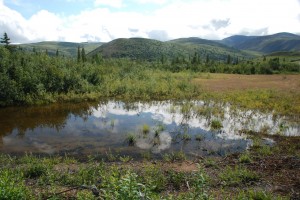 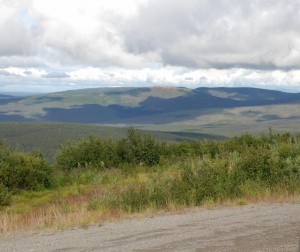 When you walked outside and stood still, the silence was deafening.

Along the route, we did see dramatic evidence of the 2004 Taylor Complex Forest Fire (one of more than 700 Alaska experienced that summer) which, alone, burned some 1.3 million acres. 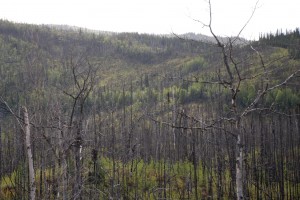 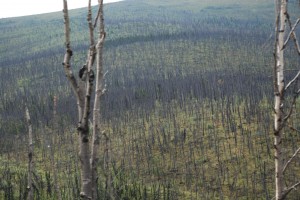 While the area is home to some 23,000 caribou (down from an initial herd of over 500,000 animals), moose and other wildlife, we saw only one squirrel, an unfortunate porcupine in the road, a raven feasting on some unidentifiable animal, a White Admiral butterfly (with part of its tail missing) 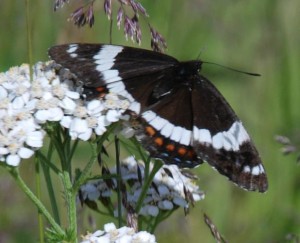 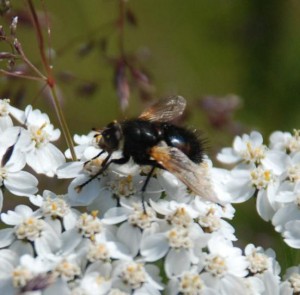 A couple of rigs behind us did see a moose cow and it’s young.

With about five mile to go, we caught our first glimpse of Chicken. 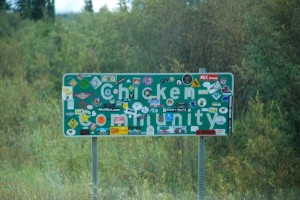 With a summer population of 23 and just 6 full-time winter residents (temperatures can dive well below-40o and the annual snowfall is measured in the tens of feet), it is a quaint “destination” location for visitors to Alaska, a stopover for people heading on to Eagle, AK or Dawson City, Yukon, a gold mining center for a few companies and lone prospectors and a summer job for a handful of young men and women from across the US. 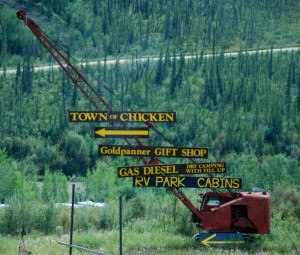 The town claims an airport; one of the smallest post offices in the United States … open Tuesdays and Fridays when mail arrives by plane, 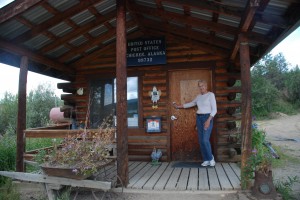 behind which there is an “operating” 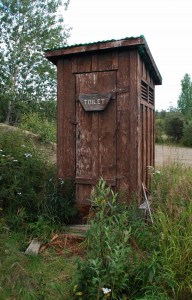 inside which there is a sign for men (only) 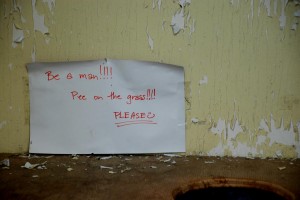 and a grand total of just three commercial establishments. 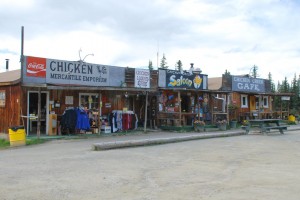 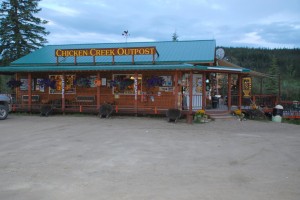 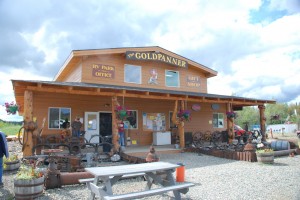 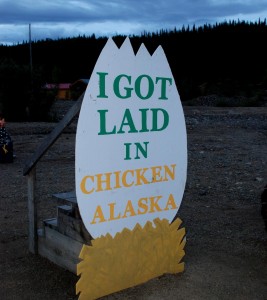 As with all such remote Alaskan villages, Chicken was founded as a gold mining town.  Early miners had wanted to name their camp “Ptarmigan” (today’s Alaskan state bird) but were unable to spell it and settled on “Chicken”, instead; the common name in the North for ptarmigan.  Today, the chicken theme permeates the town 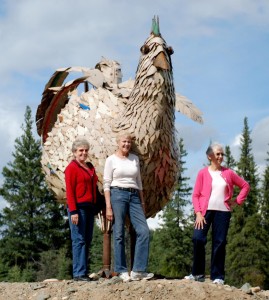 and many of the trinkets and apparel which is sold in the local gift shops.

Sitting in front of the Gold Panner, was a pick-up truck which had just had an unfortunate run-in with a moose. 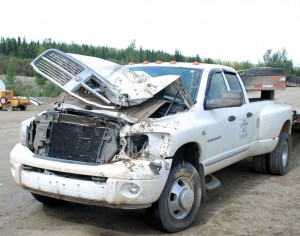 From what we heard, the driver was in good shape.  There was no report on the condition of the moose; some of whose fur was still stuck to the front of the vehicle.

We had an opportunity to take a narrated tour of some of the original buildings of Chicken; many of which are slowly sinking into the unstable permafrost ground on which they were built (as can be seen by the windows of some structures which are not at ground level). 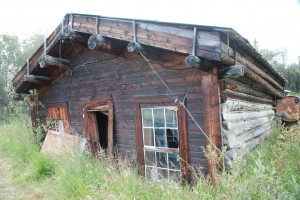 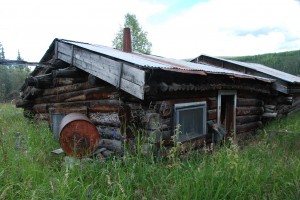 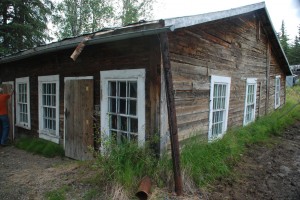 Among the other “relics” is a large steam-driven gold dredge, which originally burned up to 14 cords of wood per day before being converted to diesel fuel. 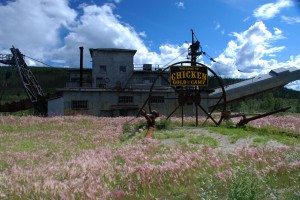 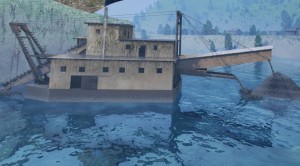 Chicken is a funky,  not-to-be-missed stop … particularly if traveling with friends.  We had a great time and are glad we went but would opt for an alternative on a subsequent trip to Alaska.

Finally, we’d like to wish our nephew, David Melby (my sister’s son), and his new wife, Lynn, congratulations on their wedding earlier today!  We are truly disappointed we could not be there to share this special day with them!