July 27 – Backtracking on a Free Day in Valdez

As there were no group plans today, laundry and getting caught up on some paperwork took precedence.  After lunch, Debbie and I set out to retrace some of the roads we’d traveled coming to Valdez, as we’d seen very little due to the overcast, low ceiling and rain.

The number of free days built in to our Alaska caravan were a factor in deciding to go with Adventure Trek.  Either alone or with some other couples, it gives us a chance to see things we missed or, otherwise, not scheduled. 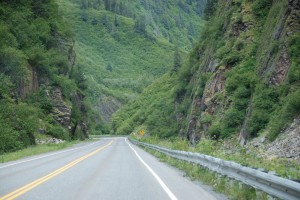 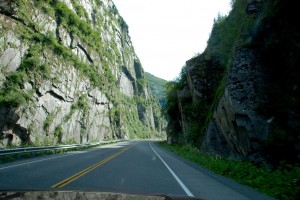 Along its length, there are several waterfalls, 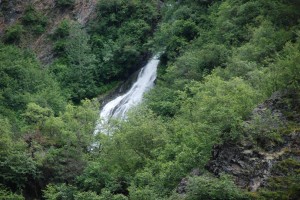 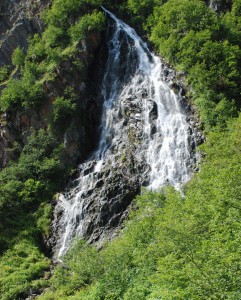 some tumbling hundreds of feet into the Lowe River. 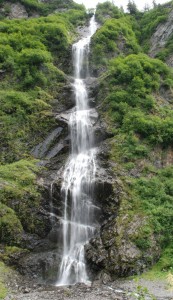 From there we drove up the 7 mile climb toward the top of Thompson Pass, although only 2,678’ above sea level, still above the tree line.  We took one detour to Blueberry Lake, where we were treated to perhaps the most beautiful campground we’ve ever seen. 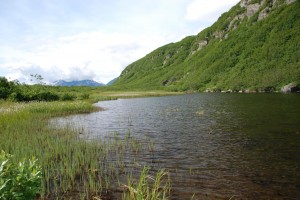 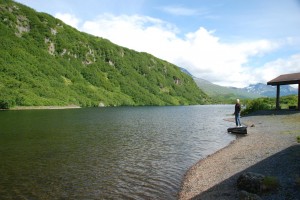 Once through the pass, we went back to Worthington Glacier and walked to and several hundred yards up on the glacial ice. 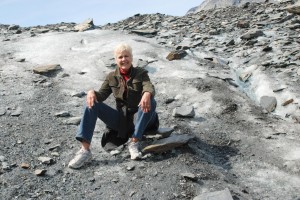 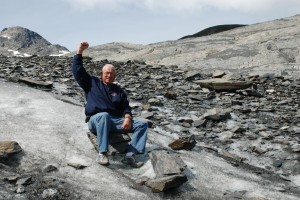 On the way back to Valdez, we saw many other glaciers which had been invisible due to the low ceiling and rain on our drive in two days earlier. 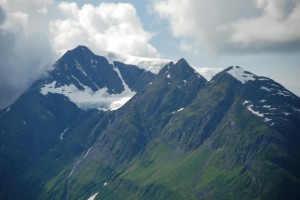 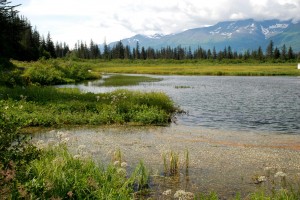 where we saw an unusual piece of equipment. 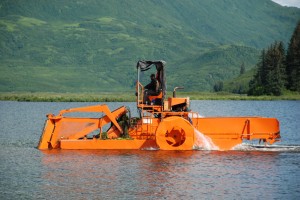 It is a harvester which is used to cut and remove grass from the lake which would otherwise eventually become choked and inhospitable for the returning red, pink and silver salmon to spawn and reproduce. 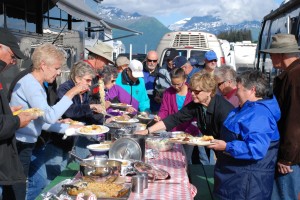 to celebrate major milestones in the lives of two couples with whom we are traveling.

Joe and Jeanne were celebrating their 49th 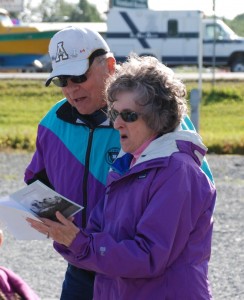 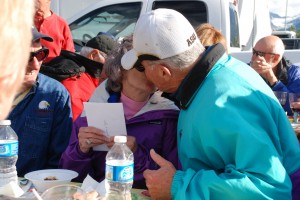 While Joe and Rena were celebrating 50 years together. 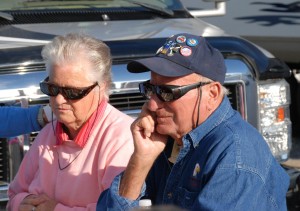 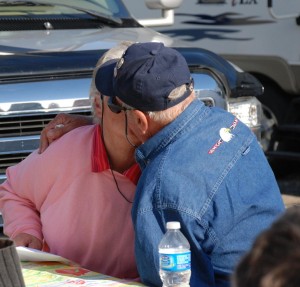 Later, several of us took another trip around the Sound and had a chance to watch the same juvenile grizzly bear we’ve seen the past two evenings fishing for and eating salmon. 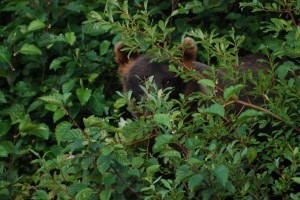 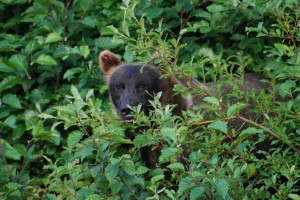 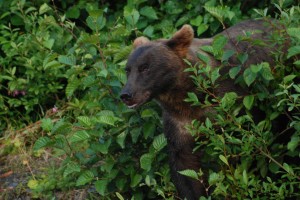 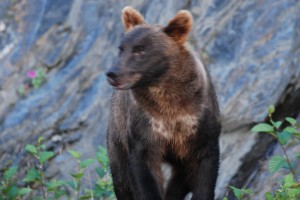