The Valdez Museum was our first stop this morning.  As with literally every other museum we’ve seen on this trip, there was not enough time to see everything.  Among the exhibits were 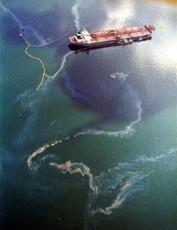 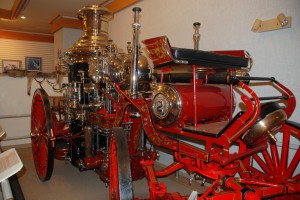 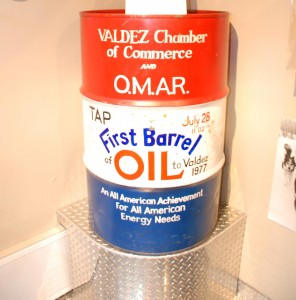 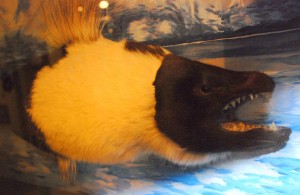 From there we walked to the Valdez Historical Archives, where the emphasis was on the Good Friday, March 27, 1984 Alaskan earthquake, whose epicenter was only 45 miles from Valdez.

The powerful earthquake produced earthquake liquefaction in the region. Ground fissures and failures caused major structural damage in several communities, much damage to property and several landslides.  In Prince William Sound, Port Valdez suffered a massive underwater landslide, resulting in the deaths of 30 people between the collapse of the Valdez city harbor and docks, and inside the ship that was docked there at the time.

Between the destruction from the earthquake, ensuing tsunami and unstable soils, the “town fathers” wisely decided to relocate the city some four miles south west to its present location. The sectional dioramas of the old city were incredible in their detail. 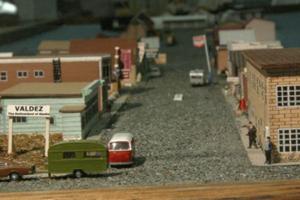 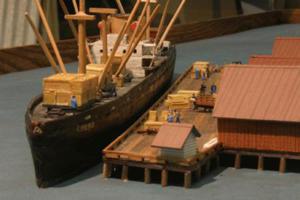 Here, again, as in Anchorage, Seward and Homer (all coastal cities) the ever present 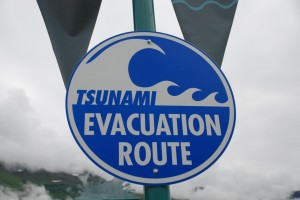 signs installed in the wake of the 1984 Earthquake-triggered tsunamis which killed so many people.

Our next stop was the local US Forestry Service office, which looked on very pretty waterfall. 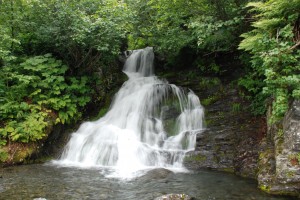 Next we drive to the Valdez  Glacier, which has retreated well back from the end of the gravel access road.  However, there remains a scenic glacial lake. 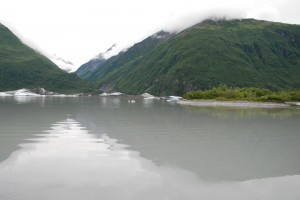 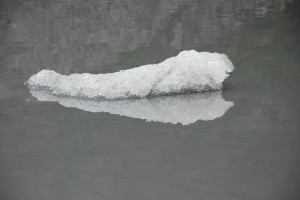 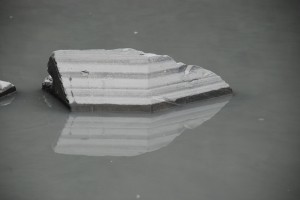 This evening, we went back to the Salmon Run with David and Ladonna where we were treated to more

Salmon by the Thousands, 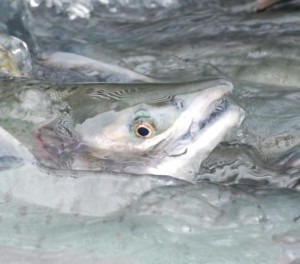 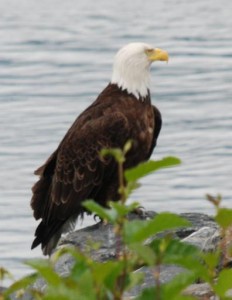 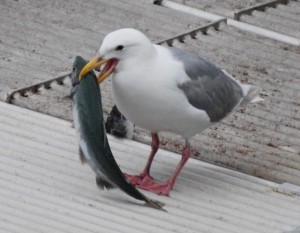 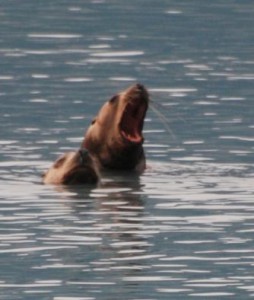 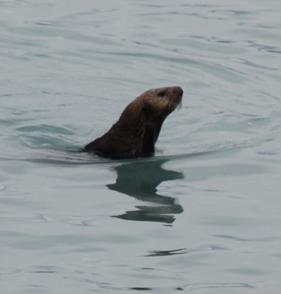 and a Grizzly Bear Fishing 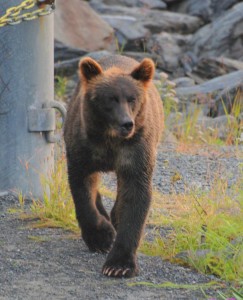 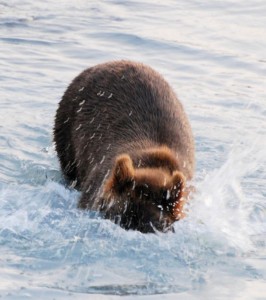 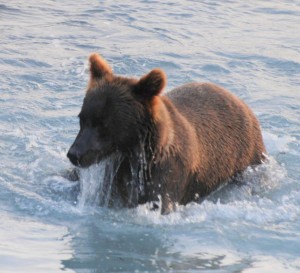 Driving back to our rig, we passed by the Valdez marina … 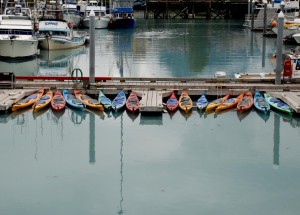 and the Fu Cung … for, what else … Chinese take-out