Today, we drove to the city which has become best known as the site of the Exxon Valdez oil spill.  In the for-what-it’s-worth category, I found it coincidental that this 1989 accident and the 1964 Alaskan earthquake both occurred on Good Friday. 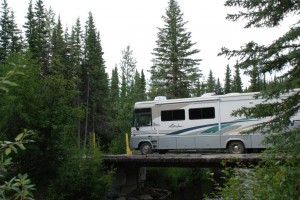 Turning south in Glennallen, the next 60 miles or so were one series of frost heaves after another, 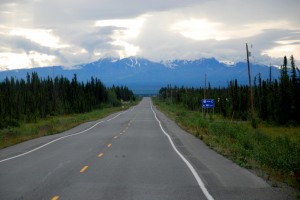 Limiting our speed to 20 MPH in some areas, and rarely exceeding 40 MPH.  Unfortunately, we’ll need to retrace this section of highway when leaving Valdez.

The last 40 miles, however, was a vast improvement and the scenery quickly improved, as the valley closed in on us with the mountains looming ever closer, 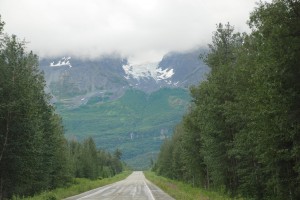 we passed over a deep gorge, 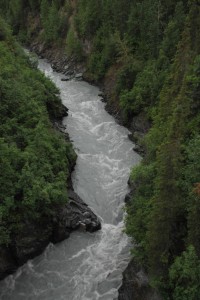 and we began to see several glaciers 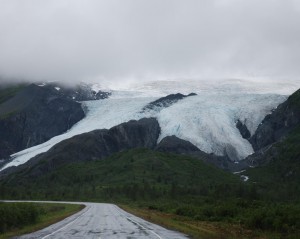 including the Worthington Glacier, which we could drive up to within a few hundred yards of its edge. 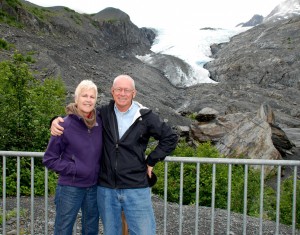 Meanwhile, the temperature had continued to drop until as we passed through a foggy Thompson Pass 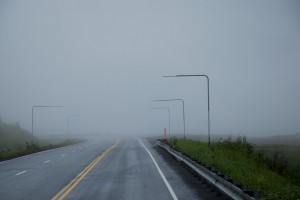 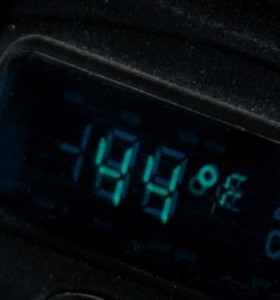 With the rain now a bit heavier, we by-passed some spectacular waterfalls, which we plan to go back and revisit on a “free day” on Wednesday.  The rain also limited the views of the mountains which rise up steeply behind the city and across the Valdez Port Sound; where the Alyeska Pipeline terminates.

After lunch, we drove around the Sound to a stream and salmon hatchery called Salmon Run.  Thousands of returning salmon are captured and their eggs harvested, fertilized and the resulting embryos released … so that when they mature, they will return to the place where they were born … and the cycle begins again.  This is one way the population of various species of salmon can be maintained.

On the way, we saw more eagles. 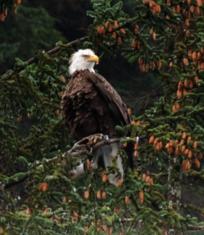 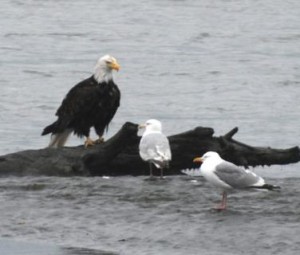 At the entrance to the stream where the fish ladders are installed there are thousands of returning salmon. 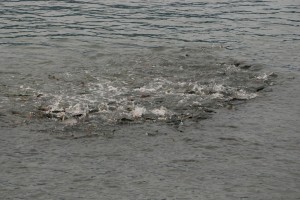 Waiting to “greet” them are hundreds of 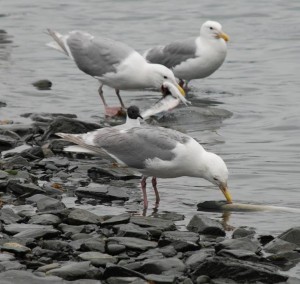 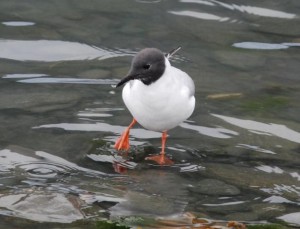 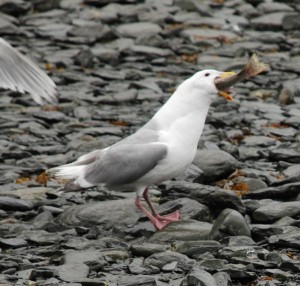 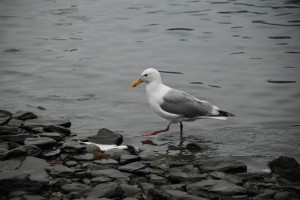 Other birds I’m still trying to identify … and 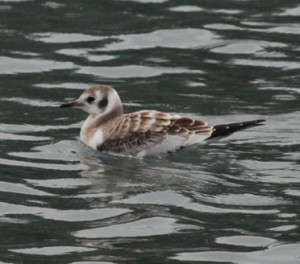 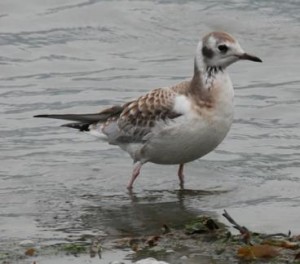 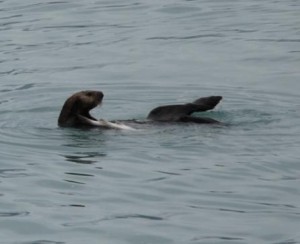 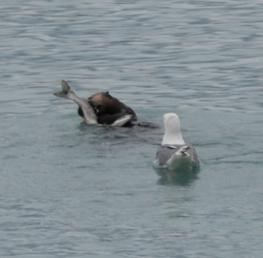 We returned around 9:30 PM to get a chance to view some other wildlife who also had a taste for salmon. 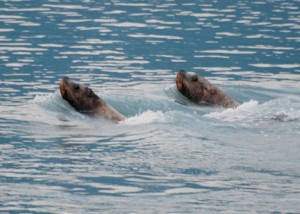 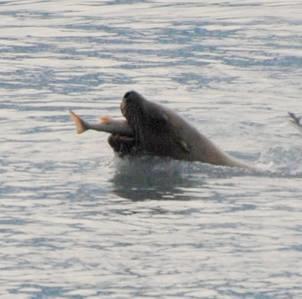 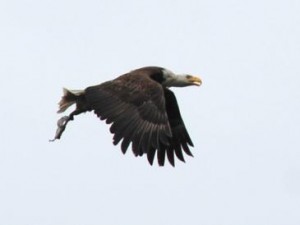 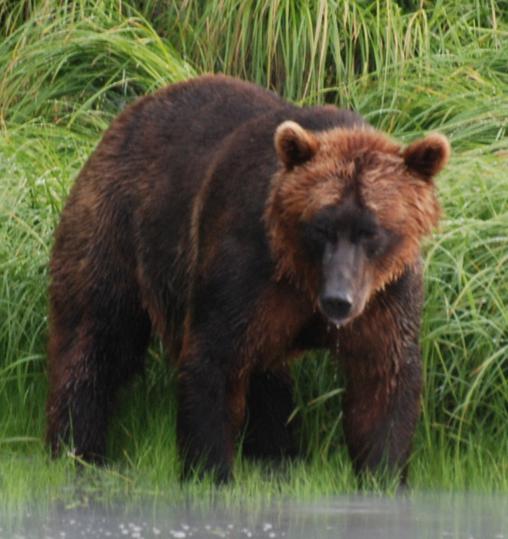 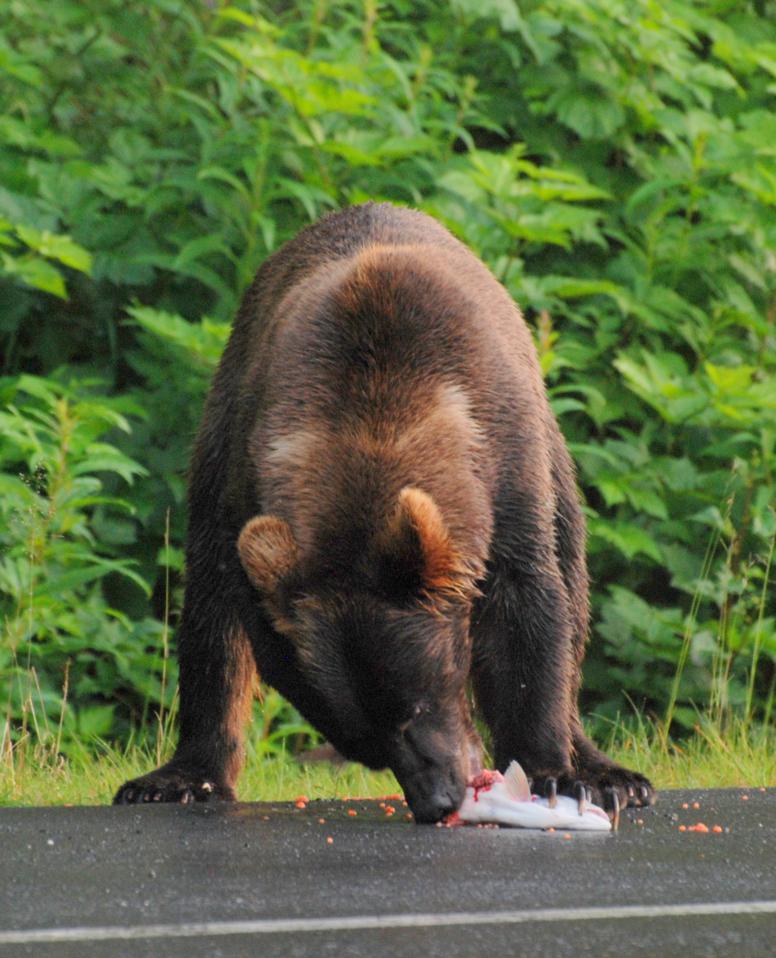 All in all … a great day in a beautiful setting!