Our journey continued for another 132 miles south on the Glen Highway to Glennallen; the halfway point between Palmer and Valdez.  Leaving Palmer, the road begins to resemble a roller coaster … with many hills to climb and descend while navigating one series of sharp turns after another, some where the shoulders are nearly non-existent … beyond which are some precipitous slopes.

While we could attain speeds on the occasional straightaways of 55-60 MPH, the speed limits in the turns were often in the 20-30 MPH range.  Trying to take them faster would be less of legal problem (as we can go days without seeing an Alaskan Highway Patrol) that one of physics; particularly driving a large motor home and towing a car behind.

To both sides of the road, we were treated to rugged mountains 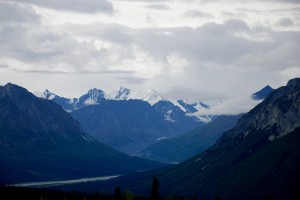 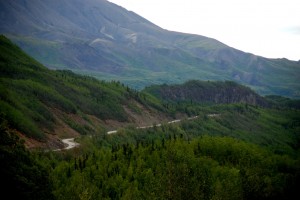 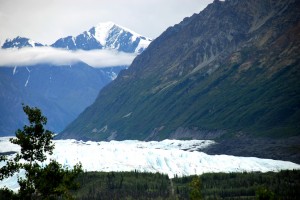 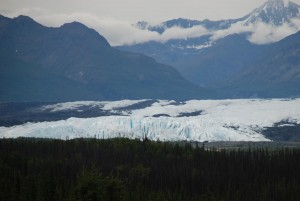 While wildlife (other than some road kill) was surprisingly absent, the ubiquitous fireweed was omnipresent. 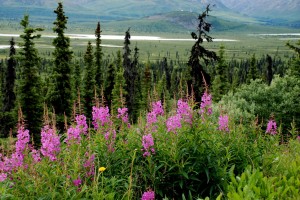 From its prevalence, one would think that it should have been Alaska’s state flower rather than the forget-me-not.  Meanwhile, the Black Spruce (the thin evergreens) are generally an indicator of an area where permafrost is evident.

About halfway to Glennallen, we gradually climbed to an open plateau 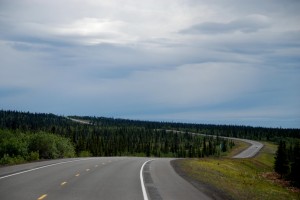 which the mountains had retreated and where the road leveled out.  Along the sides of the road were 12’ poles which had extensions which reached out to the edges of the roadway; 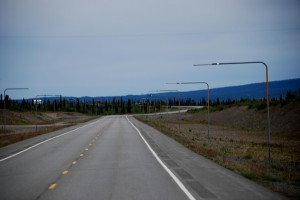 which we found out were guide posts for snow plows as the area receives major winter snowfalls and the winds can be fierce.

There were some great views. 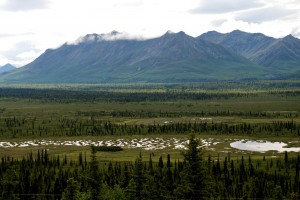 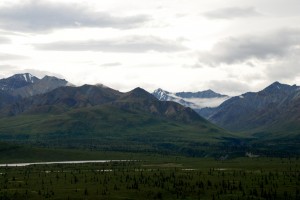 Of the dozen or so small towns we passed through, populations ranged from 47 to a high of 260.  We continue to wonder about the distances they live from schools, medical facilities, grocery or hardware stores or other outlets and services on which most of us have come to rely and take for granted as being close at hand!  Curiously, it’s amazing how many of these really rural folks have a newspaper box at the end of their driveway, even when a mailbox is absent.

Our campground is located down a gravel side road, with every site on the edge of Tolsona Creek 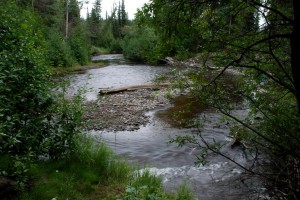 We were fascinated to see live trees with boles, as we’d seen so many artifacts made from them throughout our time in Alaska. 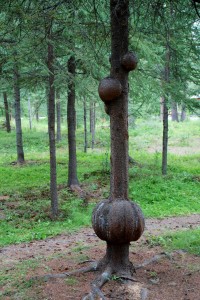 The owners raise a bed of flowers 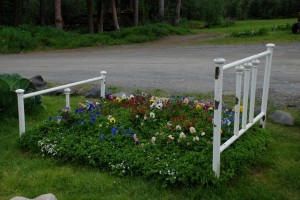 and a few vegetables, including one cabbage large enough to make one heck of a lot of Cole Slaw! 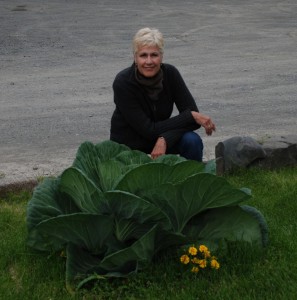