No sooner had we left our Homer campground than we drove into a cloud where visibility dropped to less than 1/10 mile before suddenly lifting … after which we had a beautiful day.  Our route, in fact the only route available, took us north to Anchorage and then west to Palmer, roads we’d driven when heading to the Kenai Peninsula last week.

The further north we drove, the more spectacular the landscape. 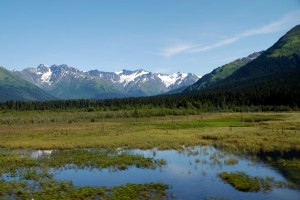 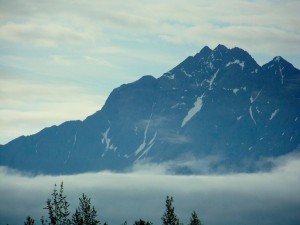 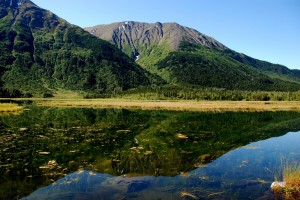 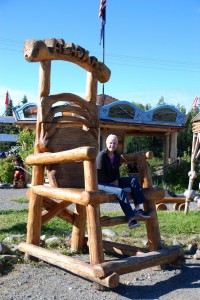 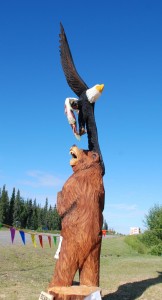 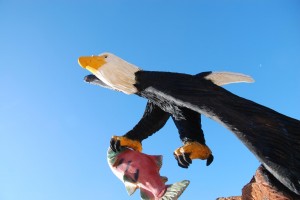 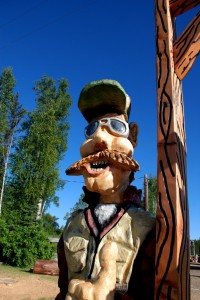 The craftsmanship was simply overwhelming.

Approaching Anchorage, we could see some of the snow-covered peaks to the city’s northwest. 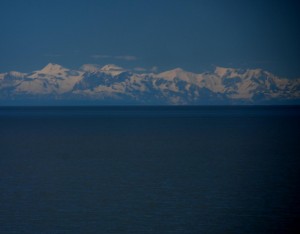 Our campground in Palmer is set in a large grove of white birches (which have pretty much disappeared from the forests of the Northeast. 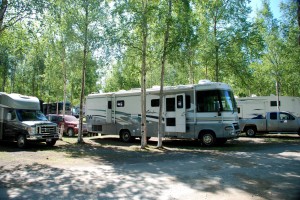 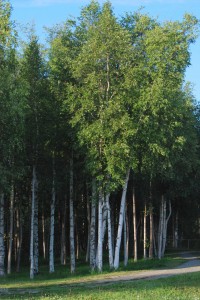 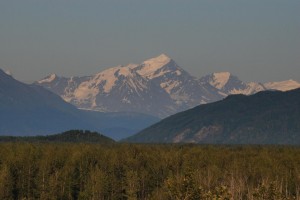 with yet again another chance to view bald eagles, this time being hassled by four magpies. 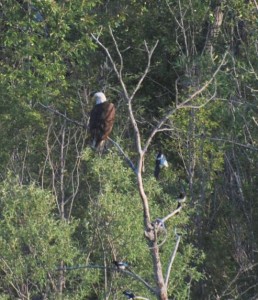 Later in the evening, we were visited Fred Keller and his wife, Judy Foster.  After building small planes for many years, including one of his own design, he decided to try his hand at building a “kid’s toy”… a Radio Flyer (anyone remember having one?  I did). 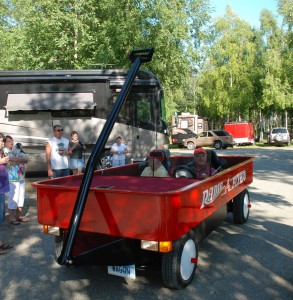 Yes, it’s a real car with a gas engine.