Our destination this morning was the Saskatchewan Legislative Building. 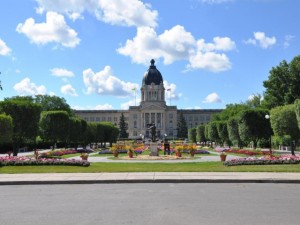 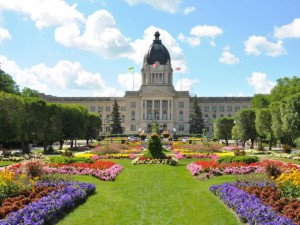 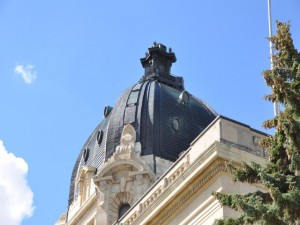 We then had the opportunity to take a tour of the interior of this magnificent building. 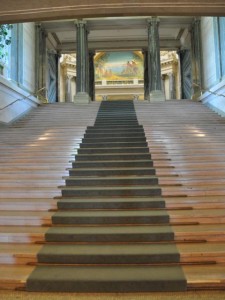 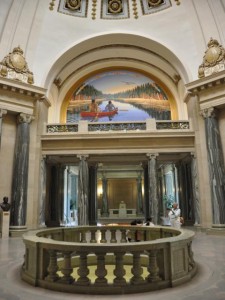 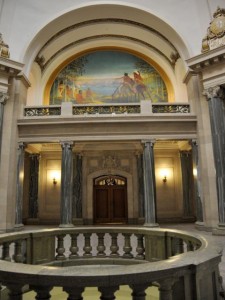 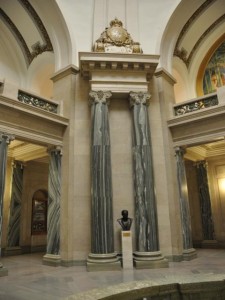 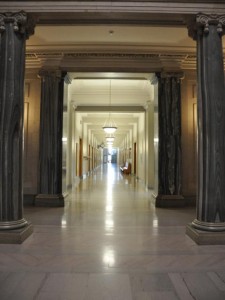 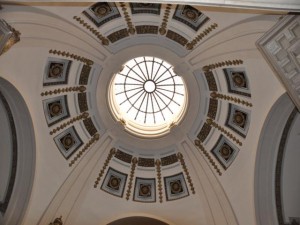 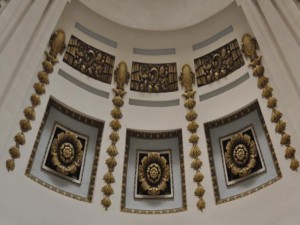 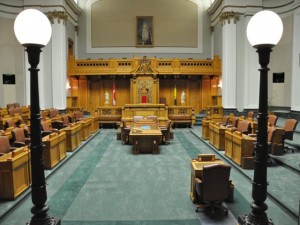 Legislative Chamber – The majority party members (presently Conservatives) sit on the right side of the Chamber (left side from the above entrance door) and the minority party on the left side. 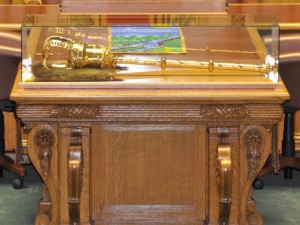 Royal Mace, representing the Chamber’s authority … with the large end always pointing toward the majority party’s side 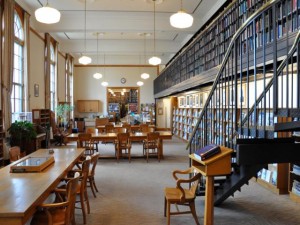 Library – containing some 5,000,000 titles and actually open to the public

Across the street from the Legislative Office Building is a beautiful park. 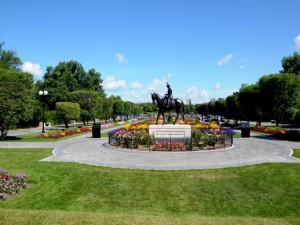 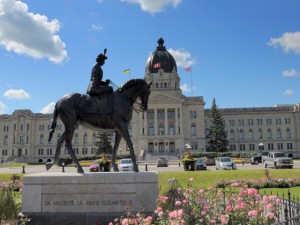 Queen Elizabeth II on her favorite horse, Burmese (a gift from the RCMP) 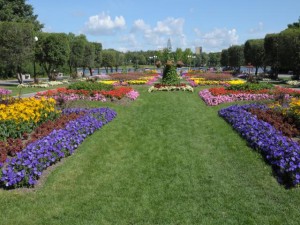 At the far end of the gardens is a statue of Walter Scott, (unveiled only this morning). 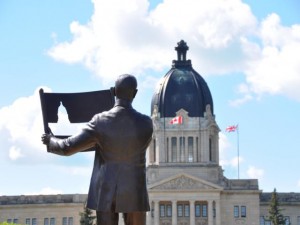 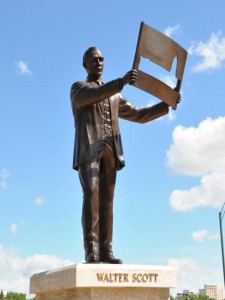 Walter Scott was born on a farm in Strothroy, Ontario in 1867.  He came to the Northwest Territories (which then encompassed the provinces of Saskatchewan, Alberta and Manitoba).  In 1905, Scott helped craft the legislation which created those provinces and was elected to the first Saskatchewan Governor.  The Scott Government chose Regina as the province’s capitol and began construction of a new Legislative Building … one which opened in 1921.

Finally, of all things, we spotted flocks of these birds today. 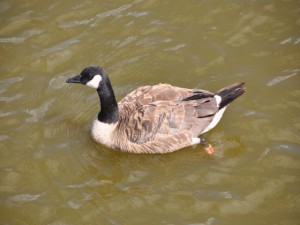 This entry was posted in Legislative Building, Regina Saskatchewan. Bookmark the permalink.