We took a long road trip from our campground in Two Harbors all the way along the North Shore to the Canadian Border.  While the North Shore Road (MN Route 61) generally follows the coastline, often less than 50’ from the water, the road is most often lined with trees 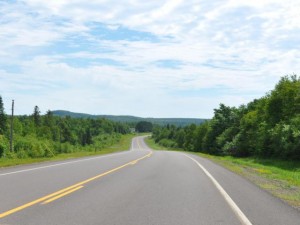 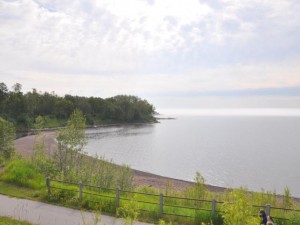 other than at overlook pull-offs.  Even then, when the fog rolls in visibility it nil. 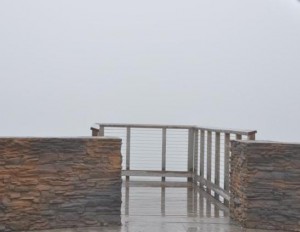 The most interesting sights were the many waterfalls (the brownish-orange color is tannin whose compounds are widely distributed in many species of plants, where they play a role in protection from predation, and perhaps also as pesticides, and in plant growth regulation). 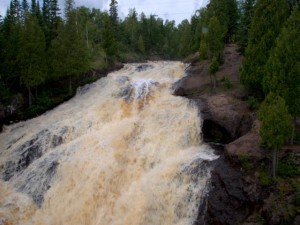 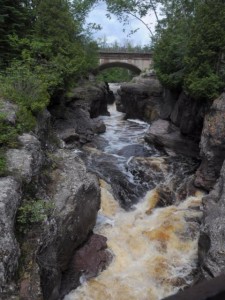 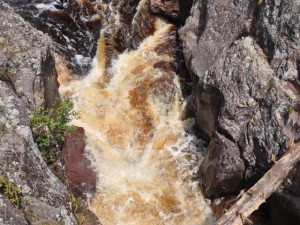 Between these dramatic falls we enjoyed fields of wildflowers 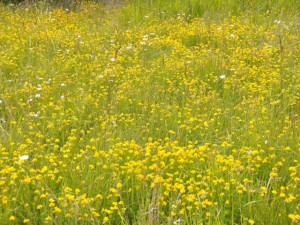 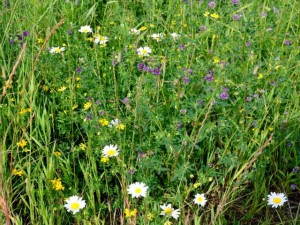 as well as some isolated yet beautiful flowers. 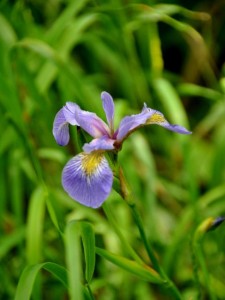 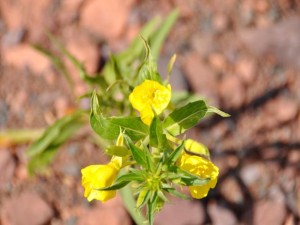 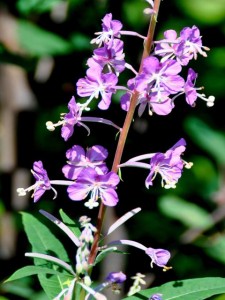 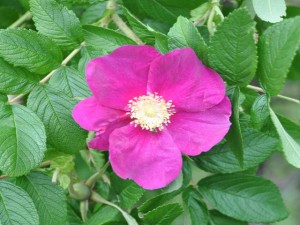 There were comical sculptures, 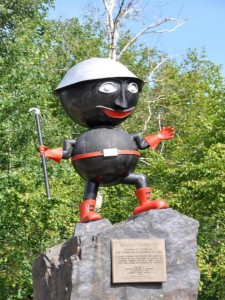 building murals in several of the small (populations ranging from 181 to 1,721) communities, 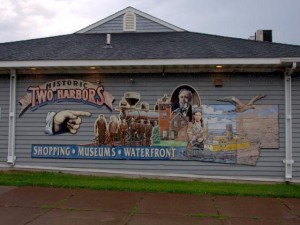 creative mailboxes (I have been photographing mailboxes across the US and Canada for years), 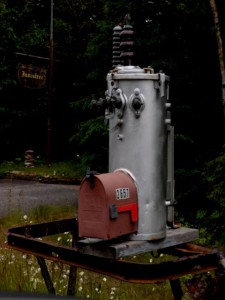 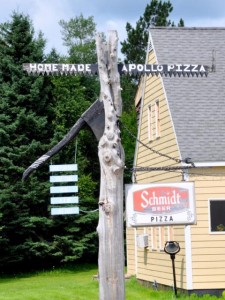 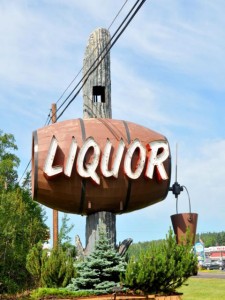 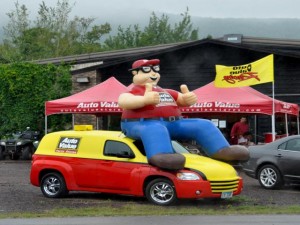 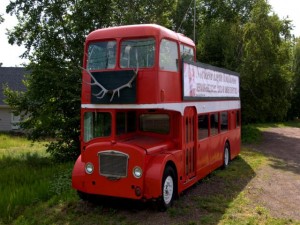 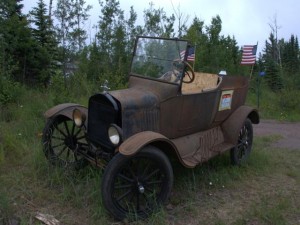 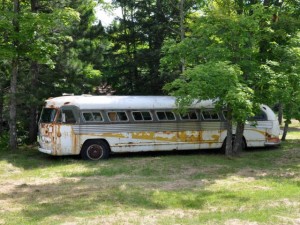 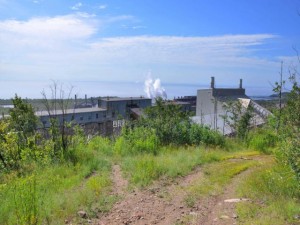 and a coal-fired generation plant in Taconite.

Other than those two operations and the predictable retail establishments, we were hard pressed to figure out what people did for a living on a year-around basis.

Enroute, we took a short detour to Finland … Minnesota, that is.  If proved a photographer’s delight! 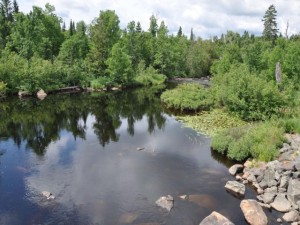 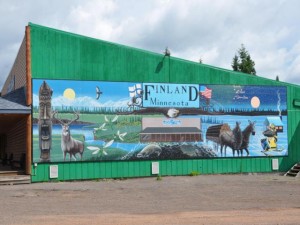 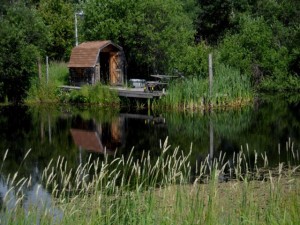 Our ultimate destination was Grand Portage on the US-Canadian border. 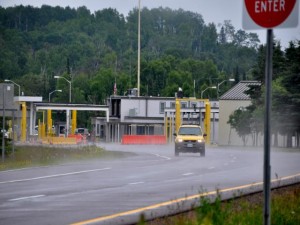 Beginning in the 17th century Grand Portage became a major center of the fur trade.  It was at the point where a major canoe fur trade route of the voyageurs left the great lakes. It was so named because the route began with a huge 9 mile portage.  A portage is a place where the canoes and equipment are carried over land. The French established this trade with the Native Americans until the British took it over in the 18th century after the Seven Years War.  The North West Company established the area as its regional headquarters.  Soon Grand Portage became one of Britain’s main fur trading posts.  Even after the American Revolutionary War and victory by the rebellious colonists, the British continued to operate in the area.  Under the Treaty of Paris in 1783, Britain had to cede former territory to the United States, including this area.

Finally with the signing of the Jay Treaty in 1796 defining the northern border between Canada and the US, British traders planned to move from Grand Portage.  They wanted to avoid the taxes the US put on their operations, in its effort to encourage American traders instead. In 1802 the traders planned to move north to create a new center, what they called Fort William.  In 1803 following the Louisiana Purchase, in which the U.S. acquired the lands to the west of Grand Portage, the British finally moved from Grand Portage to the new post in Canada. The North West Company moved its headquarters northward to what they named Fort William.  After British fur traders abandoned the area, it rapidly declined economically until fisheries and logging became popular in the 19th century.

Our destination, however, was the Grand Portage National Monument and 130’ High Falls 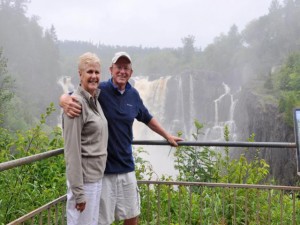 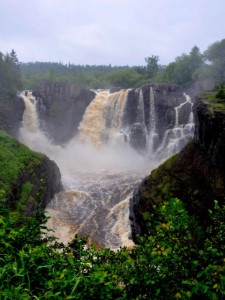 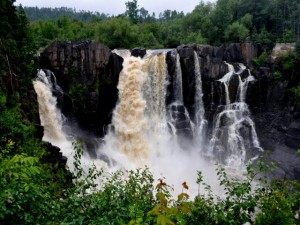 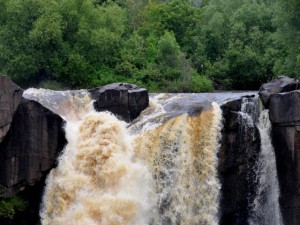 which, despite the rain, was well worth the trip … and where the opposite side of the falls is in Canada.

While there is no clear historical basis for Longfellow’s “The Song of Hiawatha”, it is noteworthy that the majority of the words were Ojibwa (the peoples who lived in the Grand Portage region before the European settlers arrived) and  that the description in one of the best known lines in his poem, “By the shores of Gitche Gumee; By the shining Big-Sea-Water,” bears a striking resemblance to the Ojibwa’s name for what we now call Lake Superior was “Gichigami” (meaning “big water”).