This morning we received news that my friend, cousin and a business partner, Jack, had passed away at 4:00AM this morning.  While expected for the past week, his death still hit us hard.  He was a remarkable person who enjoyed an incredible career and one of the two most intelligent people I’ve ever known; my dad being the other.  His family, friends, business associates and many professionals he mentored will miss him deeply. 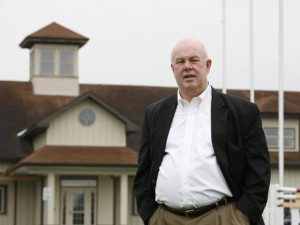 Our drive from the St Paul area to Two Harbors ran through some pretty less-than-spectacular countrysides. 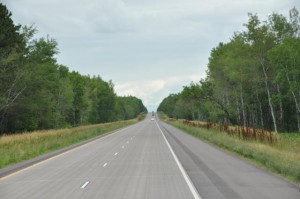 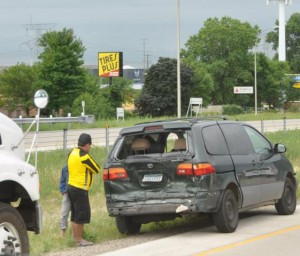 and the couple driving a Dodge Intrepid whose rear window had been completely broken and removed. 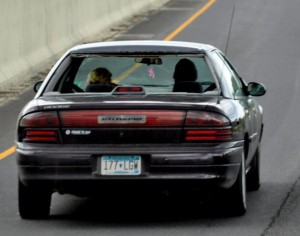 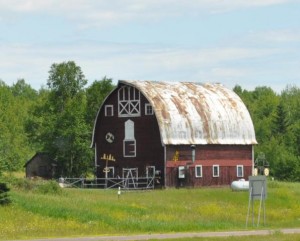 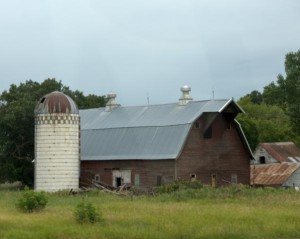 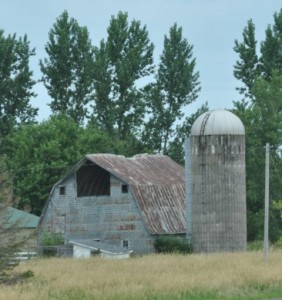 After checking in at a small but very attractive campground, we headed north through 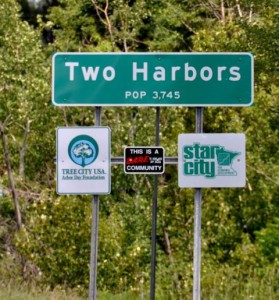 where we stopped by the town’s breakwater 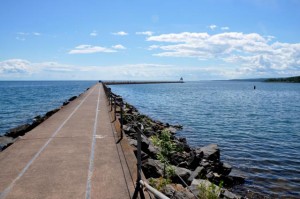 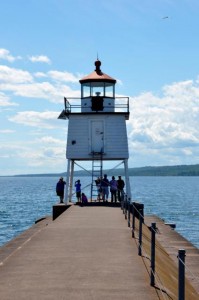 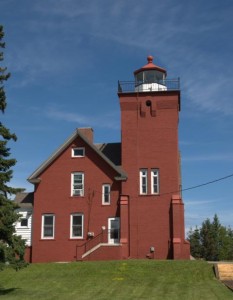 This small, quaint community has several noteworthy claims.  It was the birthplace of the 3M Corporation. 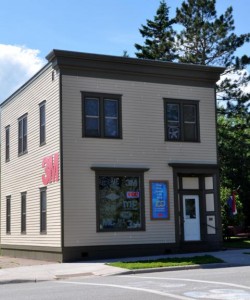 And, while it is still an port for shipments of iron ore, 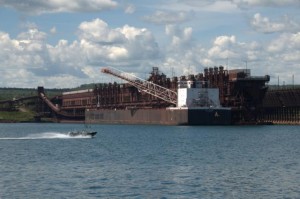 These larges ore-carrying vessels are shepherded in and out of  Two Harbors by the Edna G. 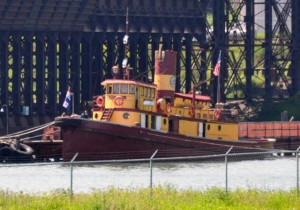 After the first shipments were made in 1884, at one point in the early 20th century it was a large and more important port than Duluth.

The town also boasts a number of wooden sculptures. 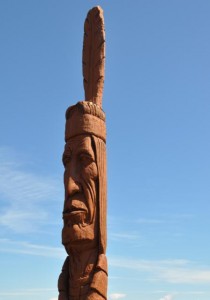 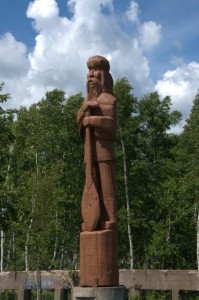 From there, we continued along the Minnesota’s North Shore, along Lake Superior.  Our Split Rock State Park and its primary attraction and the most photographed lighthouse in the United States. 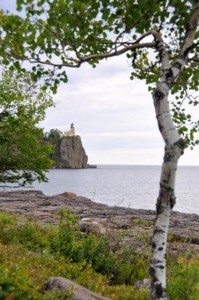 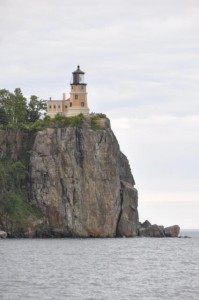 Split Rock Lighthouse is a lighthouse located on the North Shore of Lake Superior.  The structure was designed by lighthouse engineer Ralph Russell Tinkham and was completed in 1910 at a cost of $75,000, including the buildings and the land.  It was built in response to the loss of ships during the famous Mataafa Storm of 1905 when winds howled at 65 MPH and the waves on the Lake towered to 30’ and in which 29 ships were lost on Lake Superior. One of these shipwrecks, the Madeira, is located just north of the lighthouse.

Today, white buoys mark the Madeira’s location, which can be seen from the surface. 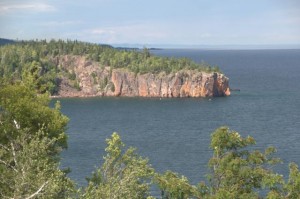 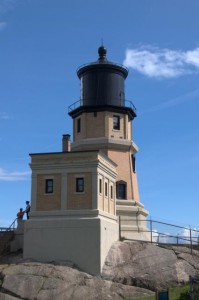 The octagonal lighthouse tower is a steel-framed brick structure with concrete trim on a concrete foundation set into the rock.  It is topped with a steel lantern. The lighthouse features a large third order, bi-valve type Fresnellens manufactured in Paris, France. The lens floats on a bearing surface of liquid mercury. 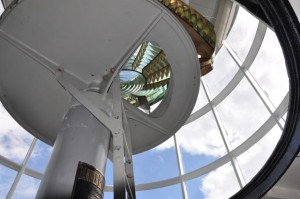 The lens is rotated by an elaborate clockwork mechanism that is powered by weights running down the center of the tower which can be wound by a crank at the top.  When completed, the lighthouse was lighted with an incandescent oil vapor lamp that burned Kerosene.  In 1940, the station was electrified and the lamp was replaced with a 1000 watt electric bulb, and the incandescent oil vapor lamp was moved to Au Sable Point Lighthouse in Northern Michigan.

The Gooseberry Falls were next on our itinerary.  We were not disappointed. 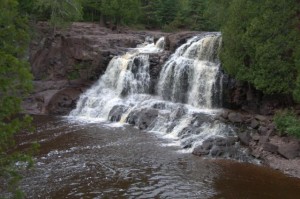 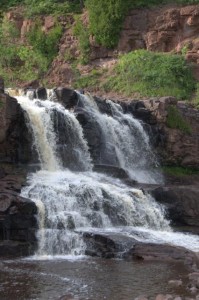 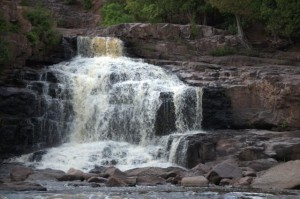 Here, we also ran across a statue erected in memory of the Civilian Conservation Corp (CCC). 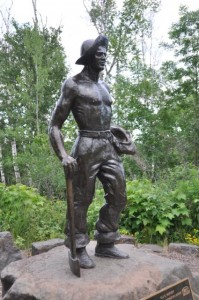 Comprised of unmarried 18-25 year old young men who planted nearly 3 billion trees to help reforest America, constructed more than 800 parks nationwide and upgraded most state parks, updated forest fire fighting methods, and built a network of service buildings and public roadways in remote areas.  Working 40 hours a week, they were paid $30/week, $25 of which was sent to their parents.

This entry was posted in Gooseberry Falls, North Shore, MN. Bookmark the permalink.