While we got an early start, the reduced visibility from the fog was exacerbated by having to drive due East into the sun. 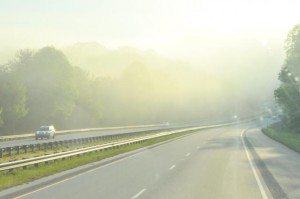 However, as we began to head in a more northerly direction and gained elevation, the visibility got progressively better 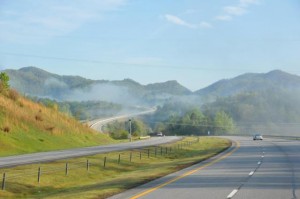 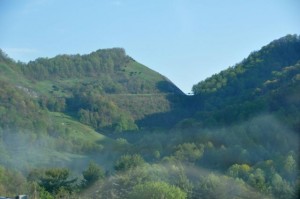 the sky was crystal clear!

After the rolling, forest-covered hills of the Smokies, 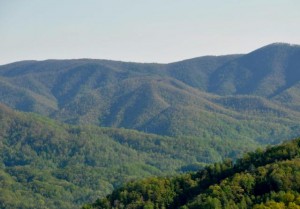 the landscape slowly changed and by the time we reached southwestern Virginia, we were entrenched in farm country. 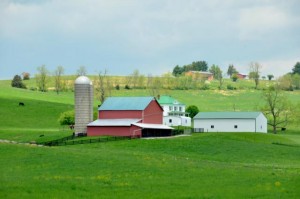 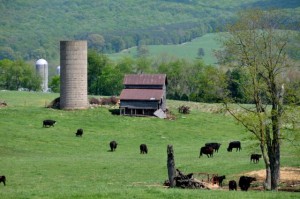 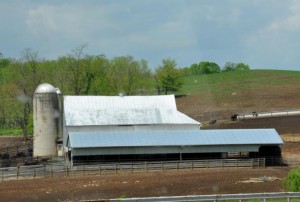 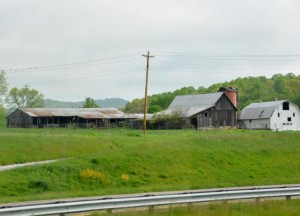 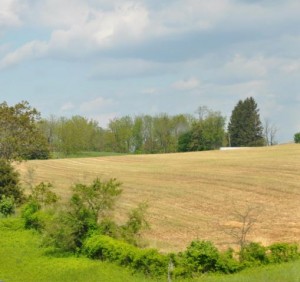 Along the way, we saw many stretches of highway median strips painted in yellow 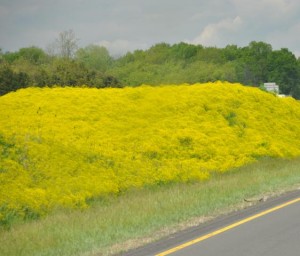 and a truly interesting bridge at a rest area in Virginia. 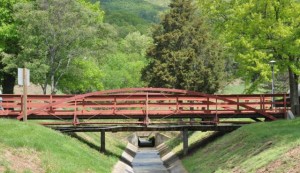 The Bow String Arched Truss Bridge was built in 1878 by the King Iron and Bridge Company and was in constant use until 1971.  It is the oldest metal bridge in Virginia

We arrived at our campground … a Yogi Bear Jellystone Park 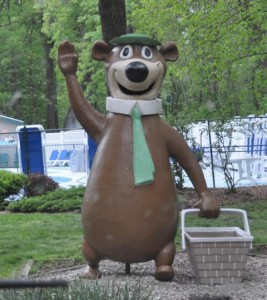 (which we normally tend to shy away from although this one was both nice, absent of kids as school was still in session and it was convenient) –  mid-afternoon, in plenty of time to sit outside, read and enjoy a glass of wine.