We’d planned on taking a day-long drive north along the Blue Ridge Parkway today.  Heading out under overcast skies, we were optimistic as we left the Blue Ridge Visitor’s Center and drove along under a beautiful canopy of trees and through two of the parkway’s tunnels. 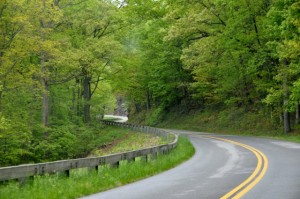 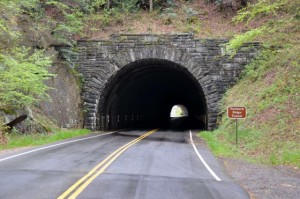 However, as the road climbed from less than 2,000’ to the over 3,000’, looking back we could see sunshine on the valleys below 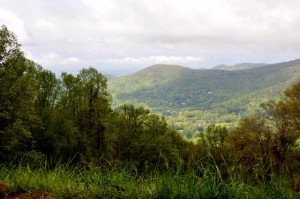 while the ceiling over the road ahead was only meters above our heads. 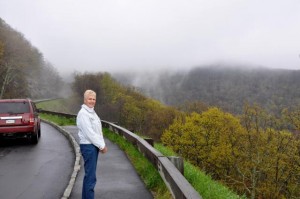 Pressing on, we soon found the visibility dropping precipitously as did our speed (eventually down to around 20 MPH)! 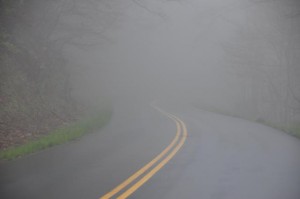 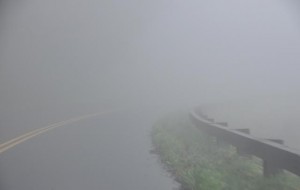 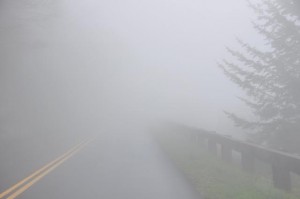 The only clear area was in the second tunnel. 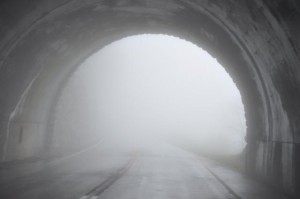 We also noticed that the lush foliage we’d enjoyed at lower elevations had all but disappeared. 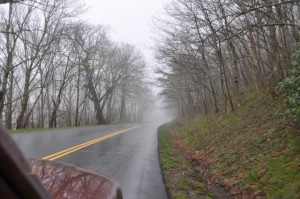 At close to 4,600’, we stopped at the Craggy Gardens Visitor center … just 20 miles and some 45 minutes from entering the Parkway … barely visible from less than 25 yards away. 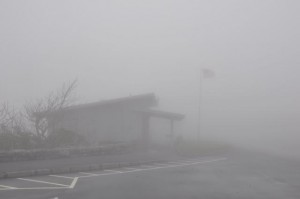 In talking with the park ranger, who was trying to keep the building warm with a wood-burning stove, we were advised that the weather was predicted to deteriorate, particularly as we went north and further up in elevation.  So, after one additional stop, 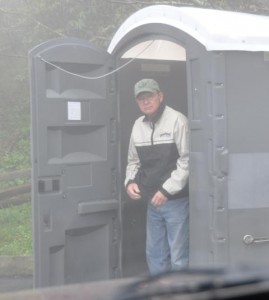 we made a quick decision and reversed course figuring we can revisit the Blue Ridge in the future.

After checking with the folks at Chimney Rock, we discovered that the park was open again and headed back to Chimney Rock Village.

The final 12 miles of the drive which winds through Hickory Nut Gorge, a route we’d driven in both directions on Monday, is “wiggly” 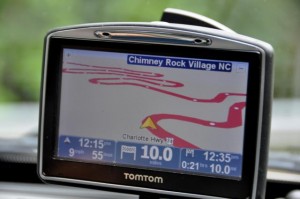 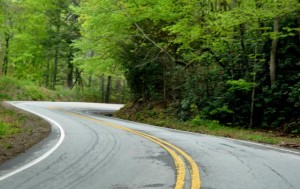 Enroute, we passed, “Sam” who bills himself as “The Original Carolina Hillbilly” and who is extremely friendly and welcomes photos of himself and his family 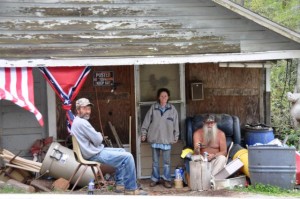 There are also a number of scenic waterfalls, which due to recent rains are running heavily. 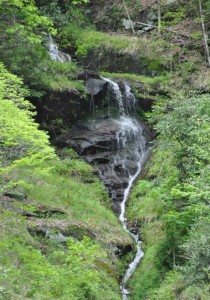 Entering the Park, we quickly found the reason for the closing … a washout of part of the road. 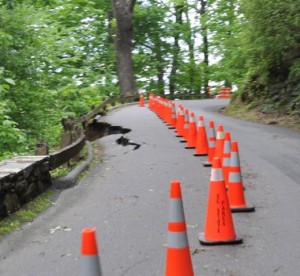 Once at the top of the 3 mile access road, you walk through a 198’ tunnel 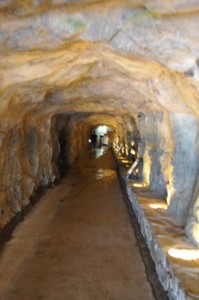 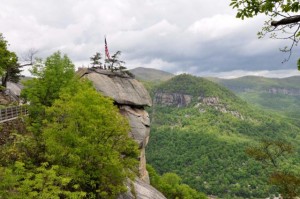 From its summit, you have a sweeping, panoramic 75-mile views of Hickory Nut Gorge and Lake Lure. 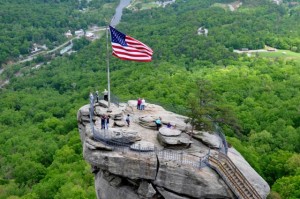 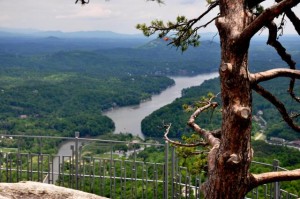 On a nearby cliff just above Chimney Rock is the Devil’s Head. 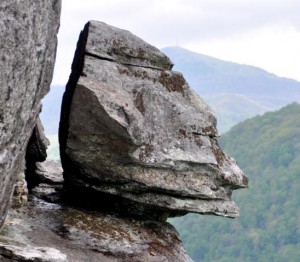 On a humorous note, the inside of the bathrooms are painted with such realism it’s hard to distinguish their scenes from a photograph. 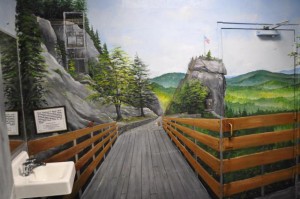 Before heading for the elevator, we got chatting with John Mason who was playing a Hammer Dulcimer, a forerunner of the piano.  He even got me playing a couple of tunes. 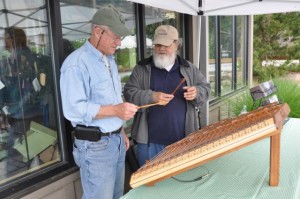 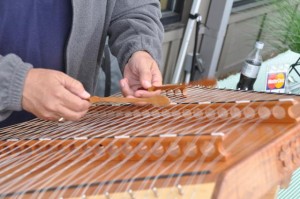 Chimney Rock and in surrounding cliffs were the locations used for some of the final chase and fight scenes of “The Last of the Mohicans”. 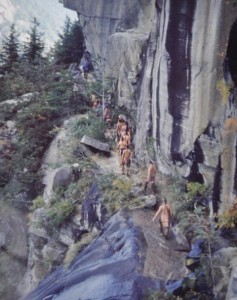 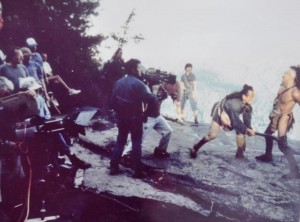 Despite the weather, it was a great day!