Today we had a relatively short drive over the Great Smokies to just west of Asheville, NC.

Reaching the Interstate took us over fourteen miles of narrow, winding roads 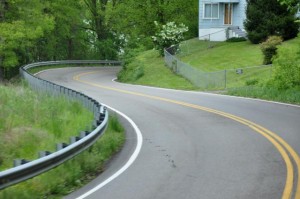 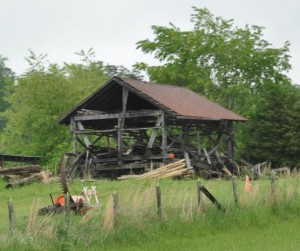 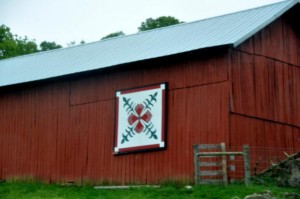 where barns and cattle seemed to outnumber people.  We also found it almost amusing to find both Iris and cactus growing next to one another alongside the road. 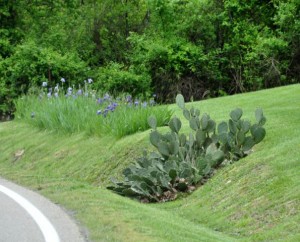 The azaleas were also in full and brilliant bloom. 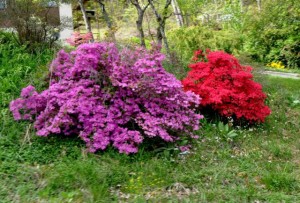 Once on I-40, the summits of the Smokies remained shrouded in the clouds until we crossed the Eastern Continental Divide … west of which waters flow toward the Mississippi River and east of which they flow toward the Atlantic Ocean.  Once in 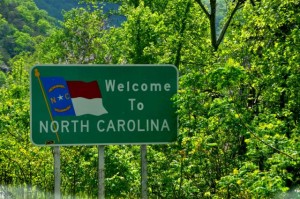 on the down slope to Asheville, the sky was mostly sunny punctuated with large cumulus clouds. 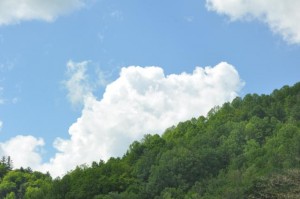 After reaching our campground, hooking up, having lunch and attending to some needed cleaning, we headed for one of the most prominent local landmarks, Chimney Rock. 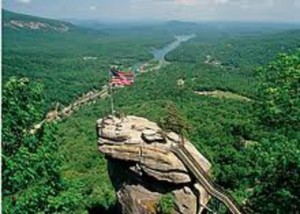 A view on a normal day

If we’d thought the first leg of our trip to the Asheville area was winding, the drive to Chimney Rock proved even more adventurous, albeit we were now driving just our Jeep and not our motorhome. 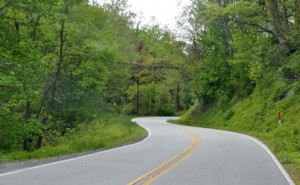 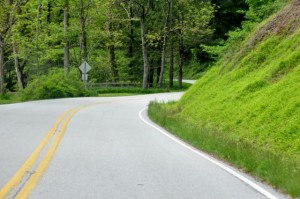 We always seem to find interesting buildings along such back roads. 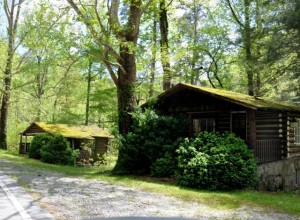 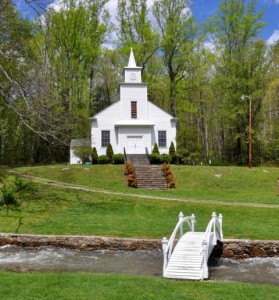 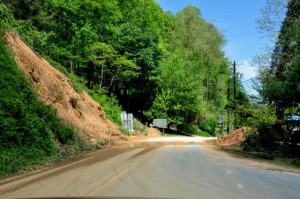 some of which were still under repair. 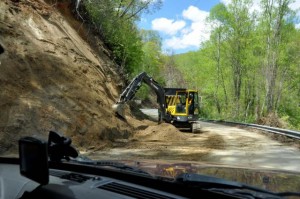 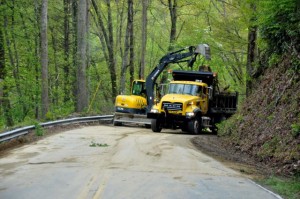 Beside the roadway, the Rocky Broad River was muddy in places 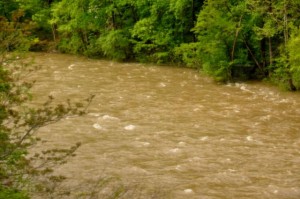 and raging as it was nearly overflowing its banks. 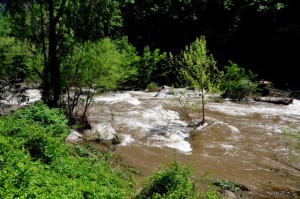 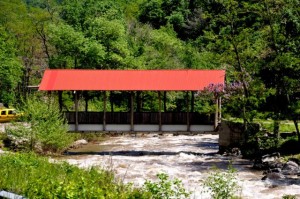 After passing through the “metropolis” of 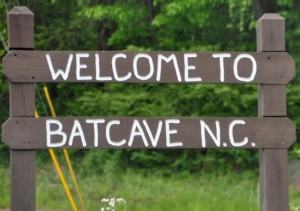 We finally arrived in the village of Chimney Rock and the park entrance, only to discover 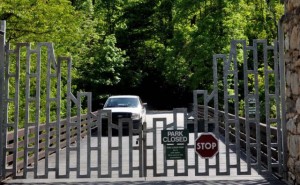 Sort of a “deja vous” from our attempt to see Four Corners which was also closed!

It seems the park road leading to Chimney Rock also had a washout making it impassible.  The best we could do was a long-range photo. 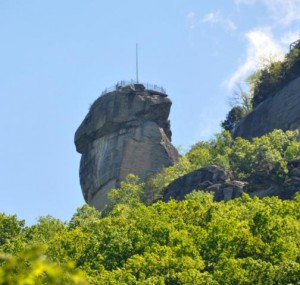 So as to assuage our disappointment, we opted for the next best alternative … 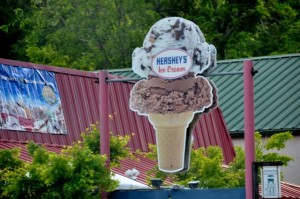 We then drove to Lake Luce, the next town to the south and what National Geographic described as “one of the most beautiful man-made lakes in the world”. 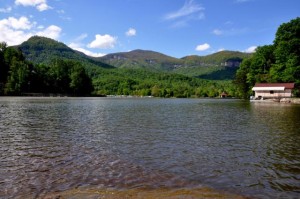 While we’ve tickets for the Biltmore tomorrow, perhaps we can squeeze another trip to Chimney Rock in on Wednesday … before heading for home on Thursday.