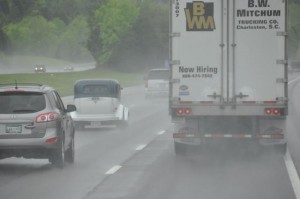 as we drove south.

During some breaks in the precipitation, Debbie was able to get some pictures of one of her favorite subjects, old and decaying barns, 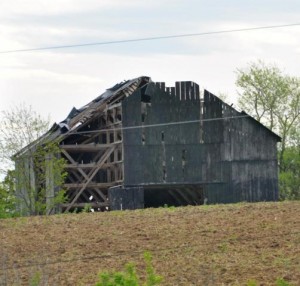 as well as so-called Hex Barns 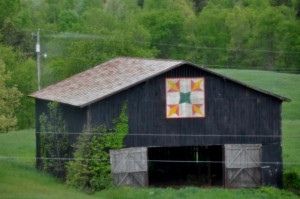 Painted octagon or hexagon barn stars are a common sight on Pennsylvania Dutch barns in central and eastern Pennsylvania. However, the modern decoration of barns is a late development in Pennsylvania Dutch folk art. Prior to the 1830s, the cost of paint meant that most barns were unpainted. As paint became affordable, the Pennsylvania Dutch began to decorate their barns much like they decorated items in their homes. Barn decorating reached its peak in the early 20th century, at which time there were many artists who specialized in barn decorating. Drawn from a large repertoire of designs barn painters combined many elements in their decorations. The geometric patterns of quilts can be seen in the patterns of many hex signs. Hearts and tulips seen on barns are commonly found on elaborately lettered and decorated birth, baptism and marriage certificates known as fraktur.

Just before exiting the Interstates, we caught our first glimpse of the Smokies through the rain and low-hanging clouds. 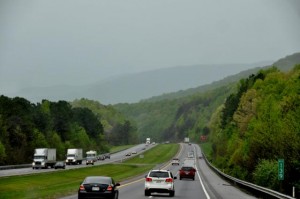 Once off I-40, we had ten miles of three and four lane, bumper to bumper traffic into Pigeon Forge.  Along this stretch of US 441, we passed several rebuilt old cars, 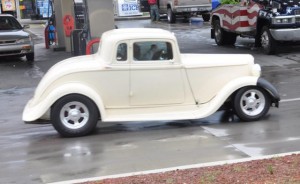 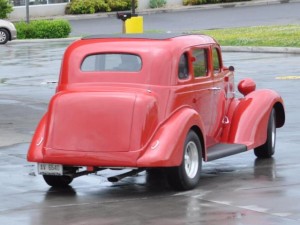 and a US Route 441 directional signs. 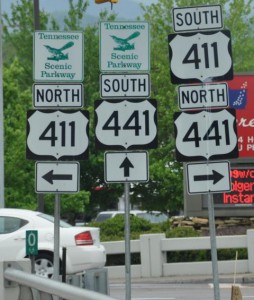 Are You Confused Too ???

Our campground is exceptionally nice and shortly after we arrived, the heavens really opened up.  However, with cable and a glass of wine we’ve been able to ignore the sounds of the rain pounding on the roof of our coach!