May 23 – Some Sightseeing at Last

Leaving our campground this morning, we saw a large tree littered with pairs of shoes and sneakers. 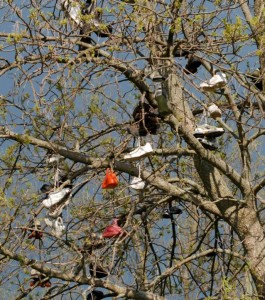 Some checking on line suggested several reasons; a death in the family, a marriage, a member of the military ready to muster out of active duty, artistic expressions, a gang turf sign, the death of a gang member, a reminder of a drug-related murder, and the list goes on.  What do you think?

By the time we reached the lighthouses at Presque Isle, MI, the skies had cleared and the temperatures were in the mid-70s.   Both the old (33 steps) 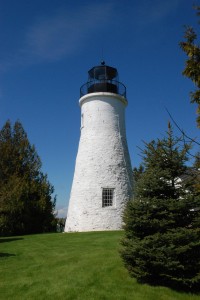 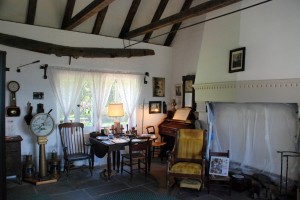 and new (137 steps) structures  and their histories were fascinating as were the adjacent lighthouse keeper homes . 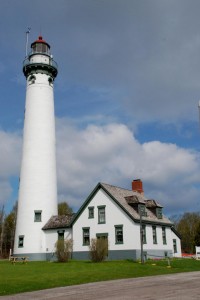 Yes, that’s our RV far below. 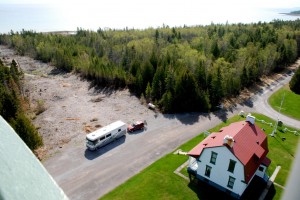 The drive from there to Mackinaw City followed the Lake Huron shoreline.  Unfortunately, most of the “scenic views” may have been scenic a generation ago, but today are mostly views of tree tops.  However, we did find a great spot for lunch, a mere 50’ from the water 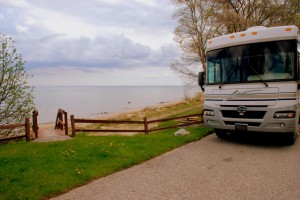 and then walked on the beach. 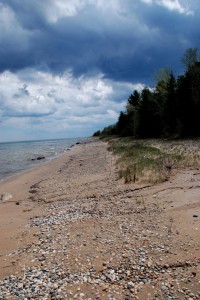 The renown Mackinac Straits Bridge (the longest suspension bridge in the world) leading to Michigan’s Upper Peninsula was shrouded in mist.  Later from our campground, we were able to get a view of part of the span. 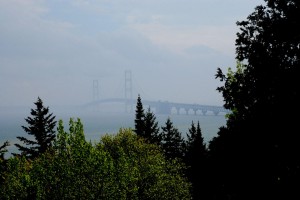 Hopefully, the skies will clear tomorrow morning as pictures show the bridge as pretty spectacular.

Late afternoon, we took a trip down to St, Ignace and then north to climb 200′ Castle Rock. 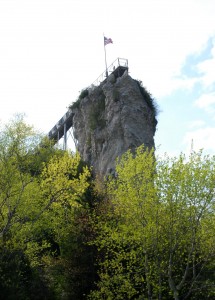 Tomorrow we plan to take our bikes on the ferry out to Mackinac Island.