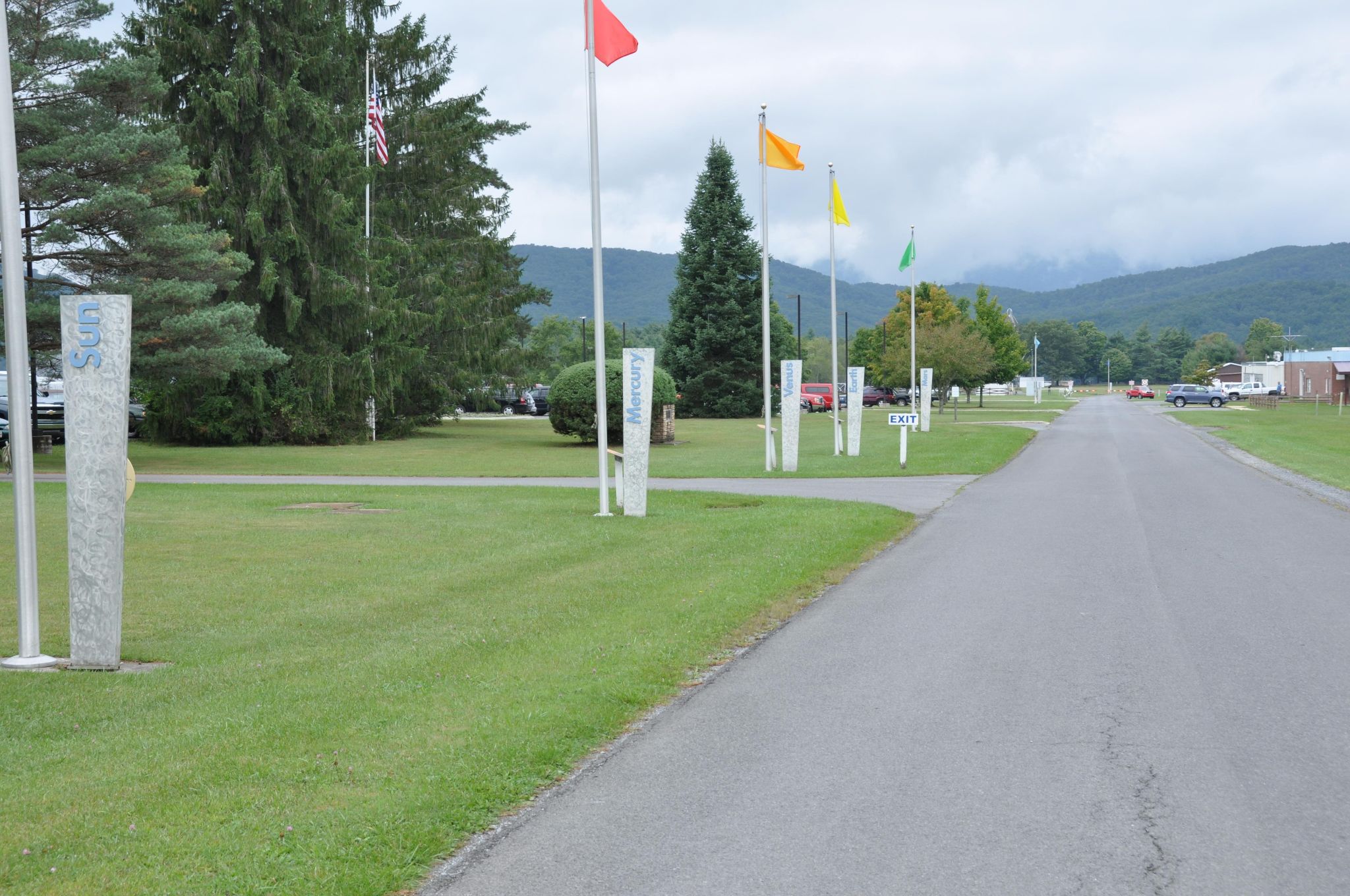 Using a series of ten monument, beginning with one making the location of the sun, just outside the non-interference gate, and each of the planets (including the former planet, Pluto) showing their relative distances from the sun and each other .. using a scale of 1-foot being equal to 3 billion feet … in the above photo, you can see Mercury, Venus, Earth and Mars … and if you look very closely Jupiter and Saturn. Pluto, however, is located close to the large Byrd Telescope some 2 miles away … its flag both black and at half-staff since its demotion to a “dwarf planet”.